How does range work in Civ VI?

Do catapults have range blocked by units in front? How about archers? It's weird that in one screenshot, I can't attack 2 spots away, but in the other I can. 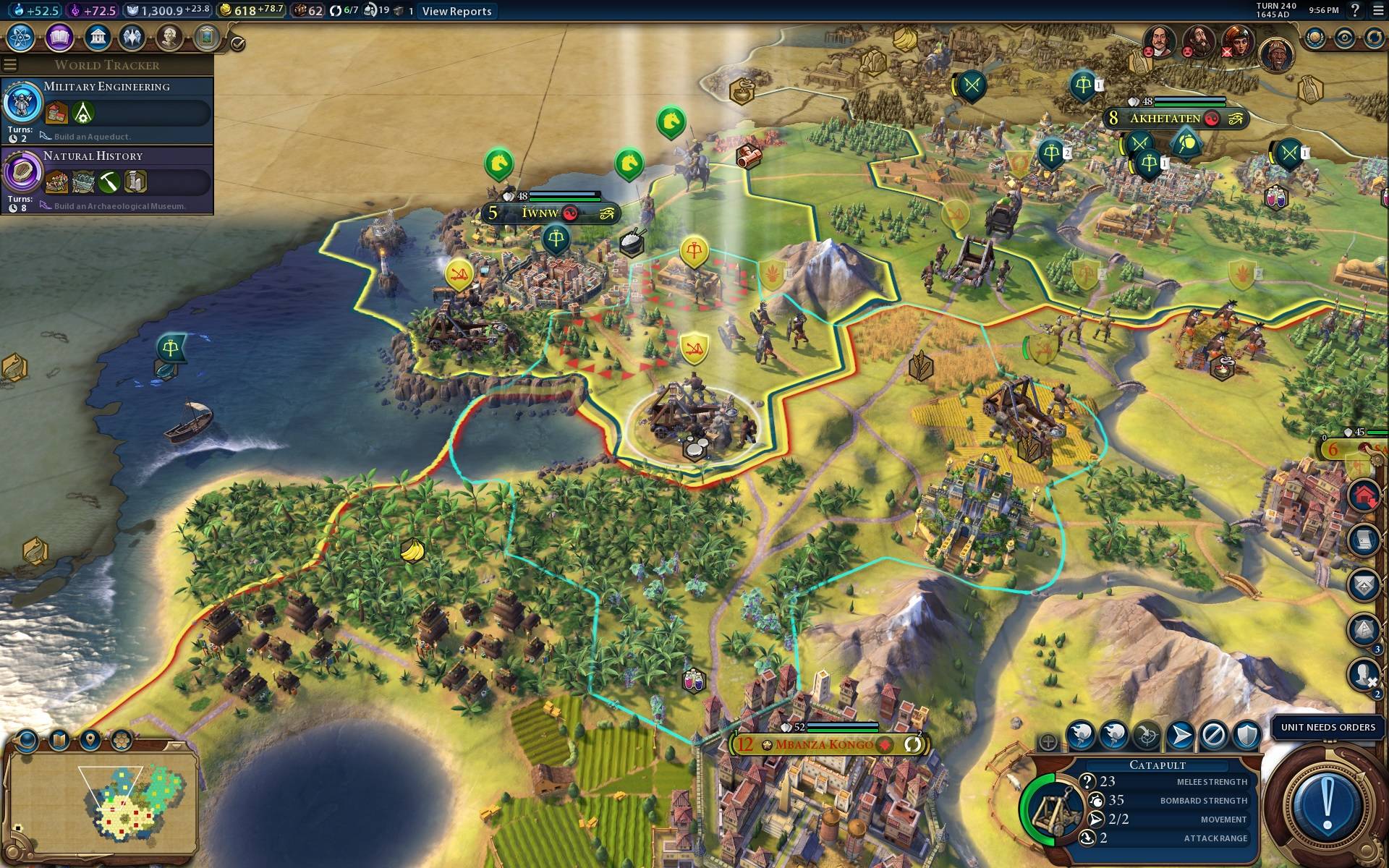 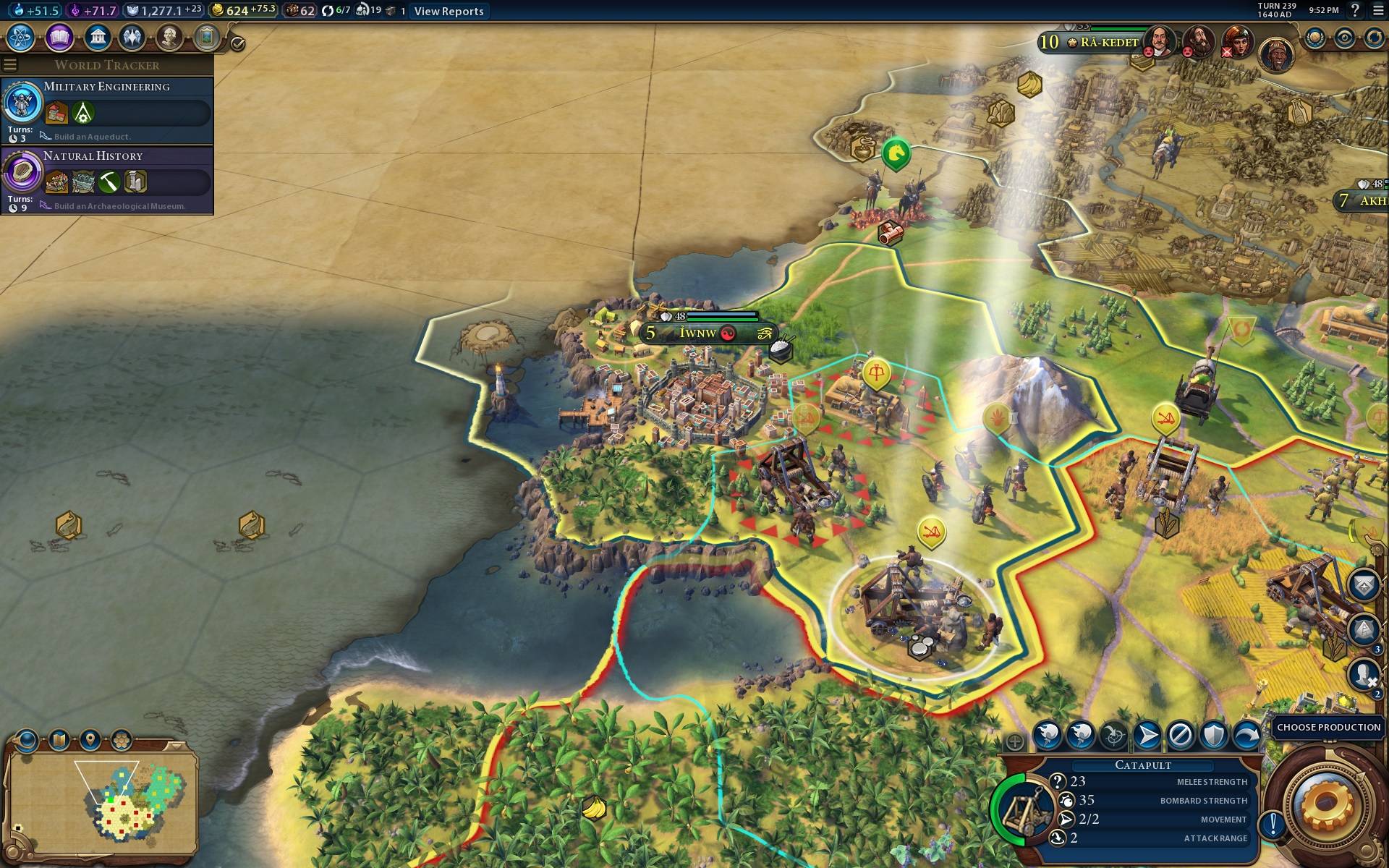 Range is not restricted by units in front, but can be restricted by terrain. Usually its hills and forests that can in some cases reduce your range. Consider the following cases:

Thats an archer on a plain, 2 tiles from a city on a plain with a hill in between. In that case the archer can not hit the city because of the hill between them (ie a vertical obstacle)

3
What do the blue lines on the Civilization 6 map mean?

12
How do I tell another civilization to move its army away from my cities?
5
How many religions can a Civ VI game have?
5
How does stealing a tech boost work?
2
Civ6 cannot combine units into corp
5
Civilization 6: hard to see enemy units when at war! How to solve?
5
Why is the AI offering a one-for-one trade of Great Works of the same type?
6
Will converted civilizations actively spread your religion in Civ 6?
3
How does Counterspying work with multiple spies?