What is this game with the player character flying with purple wings? 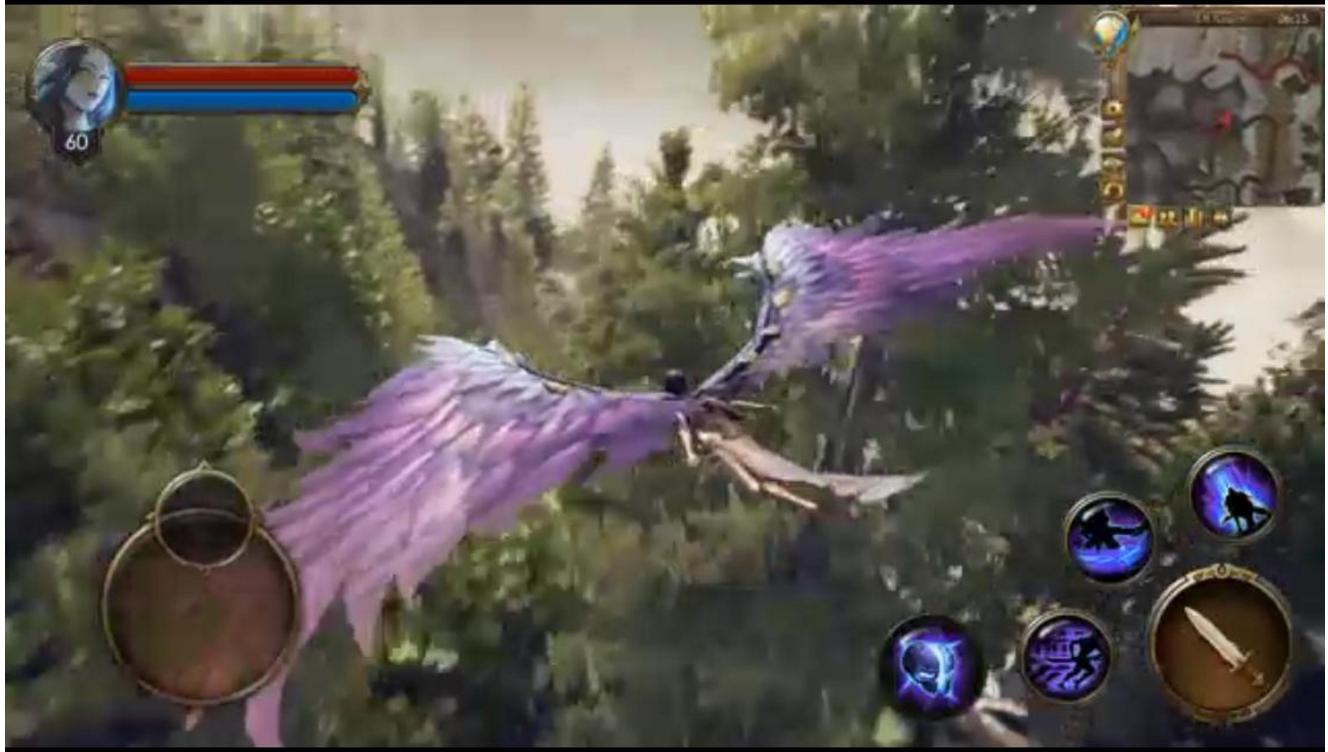 I'm trying to find the name of the game because I think it looks really good. I think it's for iOS, but if not please mention which platforms it's on.

Appears to be a game called Legacy of Discord: Furious wings. You can see some of the gameplay in this video at around the 1:38 mark (as well as what may be your screen shot around the 2:02 mark). Oddly, the video itself has it labeled as "Legacy of Discod: Furies Wings" but when typing in "Legacy of Discod" Google was suggesting the other title.

As suggested, it is available for iOS (and also android).