Is production completely lost when losing a wonder race?

A central theme in Civilization is the race to build wonders. World wonders can only be built by one civilization.

In previous Civilization games and civ-like games there were various consolation prizes for beginning to build a wonder and someone beating you to it. I think in Civ 5, half of the extra production was converted to money. In some previous games I think the production could be used on other buildings.

In Civ 6, though, it's not clear if a player receives any benefit from starting to build a wonder and failing to complete it before another civ does.

Is there any consolation price, like extra gold, when losing a wonder race?

The other answers are no longer correct, as of Gathering Storm (and possibly before).

When failing to complete a wonder in time, you will now receive a notification; it will indicate exactly how much production was "awarded" to the city in question:

"You were not able to complete the world wonder Statue of Liberty in time. However 918 Production has been salvaged from the attempt and was awarded to the city of Texcoco.

The next production you select in the city will be reduced in price by the value of the wonder; and given how expensive wonders are, it is likely to become "free." (Notably, no production can take less than one turn; so it's hugely wasteful to select a cheap unit or something immediately after being refunded for a Wonder; the best options are probably other wonders, high-tech buildings, or Armies/Armadas.)

For instance, after clicking the notification above, here's the production interface in the named city: 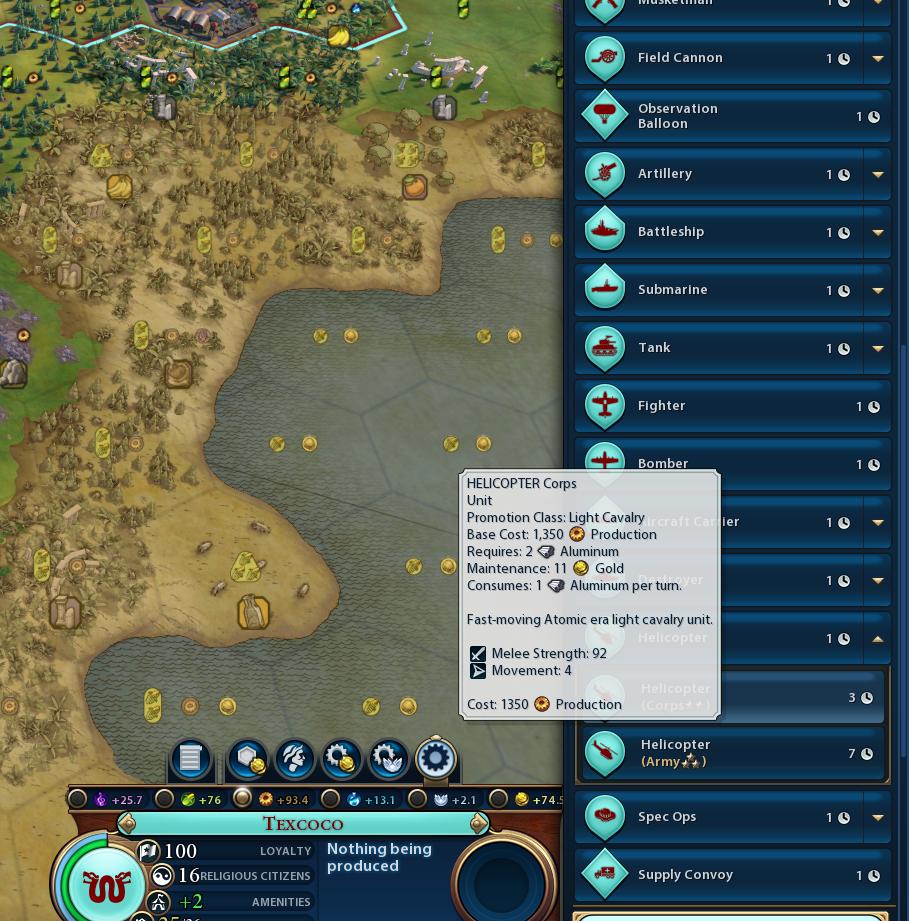 Note my city's production, ~90/turn; and the cost of the Helicopter Corps, 1350, taking only 3 turns to produce.

Every single thread, whether it be a steam, 2K, or reddit discussion all point to 1 of 2 things in the end regarding this topic.

1st is what Raven Dreamer mentioned, you do in fact have a road built underneath the wonder tile.

2nd is that you get nothing back from losing out on a wonder, no gold, no hammers, nada. Since there is already more of a challenge getting wonders, because of location/tile requirements to place them, there are not as many wonder races as before. That makes some sense as there is actually less risk at going for wonders, albeit no reward if you are beaten out.

You can see wonders being built in other nations if you look around at their tiles. And if you have a high enough diplomatic visibility level with other nations you will be notified when they begin clearing lands for new wonders.

12
Why am I losing the game when I capture a city?