How to speed up building districts with Aztec

While playing as Montezuma, I should gain the ability to speed up building districts using builders by spending their charges (It's their 'Legend of the Five Suns' ability). However, until now I've been unable to figure out how to do so.

I've tried having a worker at the city building the district and at the district location itself. In neither situation did I see an action I could click on to spend a builder charge to speed up the building process. (Perhaps a relevant note: the city I'm currently talking about was a capitol I captured while it was in mid-process of building a science district. The city no longer has any form a war weariness. The builder I was using was likely one generated by an Eagle Warrior defeating a Warrior of the capitols faction.)

Anyone able to show me (with a screenshot?) which conditions must be met in order to be able to speed up building a district?

As mentioned in the comments, the process of repairing a district cannot be accelerated via the use of build-points. It's probably an oversight on my part that I didn't consider repair to be a different situation than build.

As you can see in this screen shot, 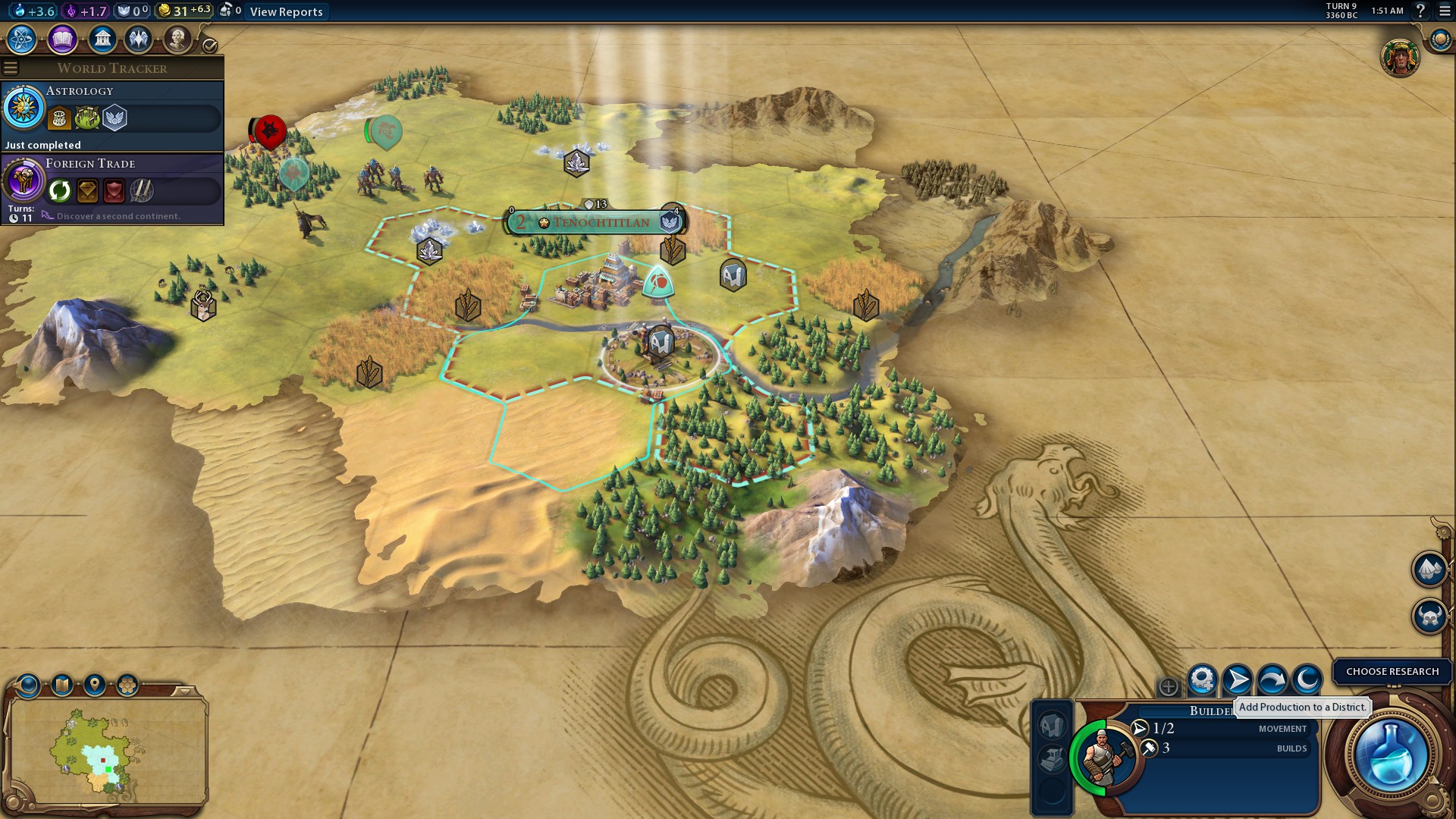 Aztec builders, when standing on a district under constructions, have a button that appears to be a gear with a subscript plus sign. Clicking that button will allow you to use a builder charge to rush the district building time.

You should have the builder on the tile that the district is being built on.

When the builder is in position, you should see an icon next to his action buttons with the option to spend a charge on the district, above the unit information box on the right (see arrow in image). 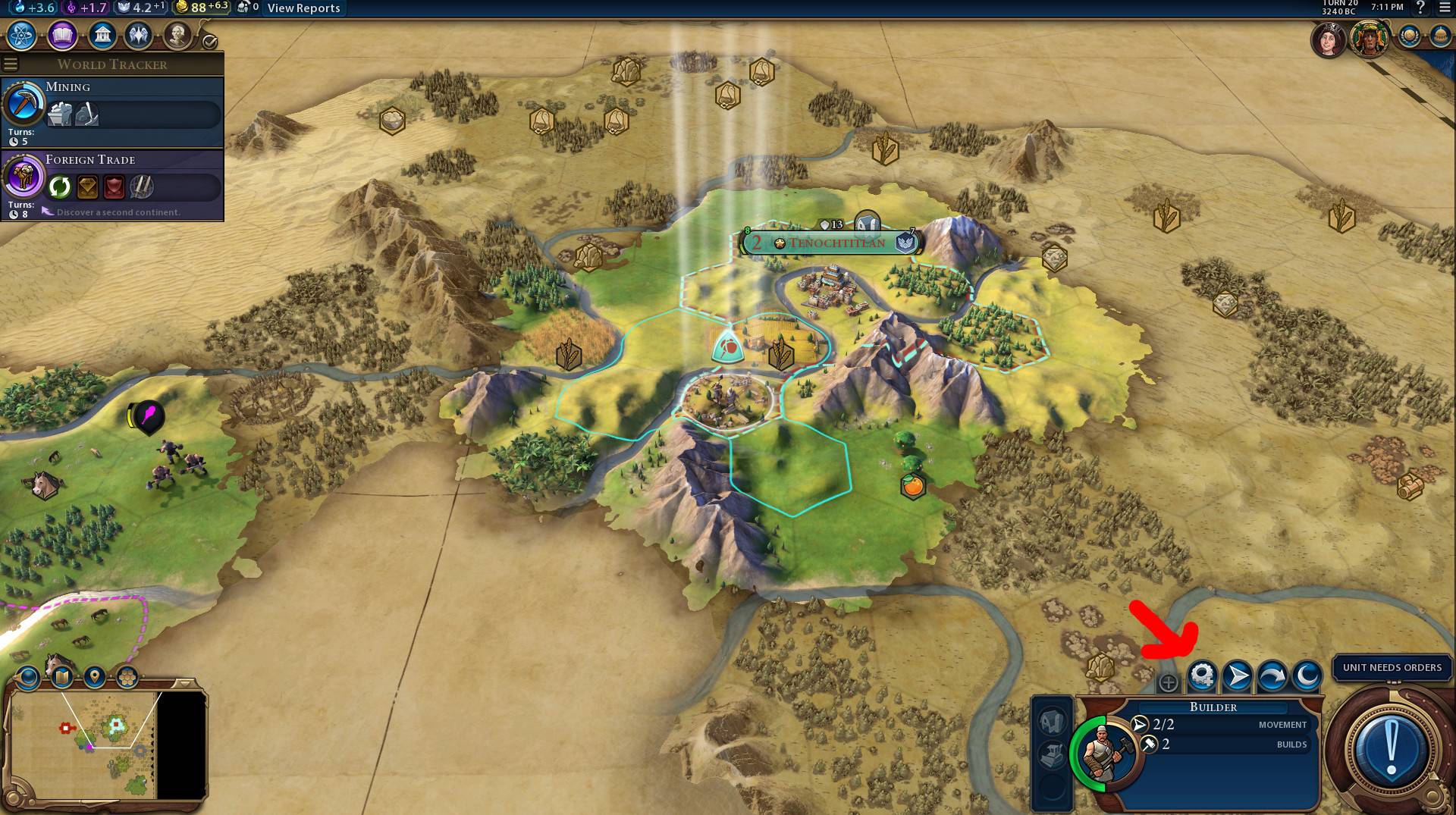 The Chinese ability to rush Wonders with builders works the exact same way.

5
What are the adjacency bonuses for building districts next to each other - and to the city?
4
Clear forest / improvement before building?
4
Which districts can be shared between multiple cities?
11
Can I buy city districts?
3
Will a newly recruited Aztec swordsman have the special ability of the Eagle warrior?
4
Do rivers “block” adjacency of districts and wonders?
19
Does building farms destroy strategic resources?
11
Do I get the production back if I buy the building with gold?
1
Building Acropolis (District)