What are points, builds, and stats? 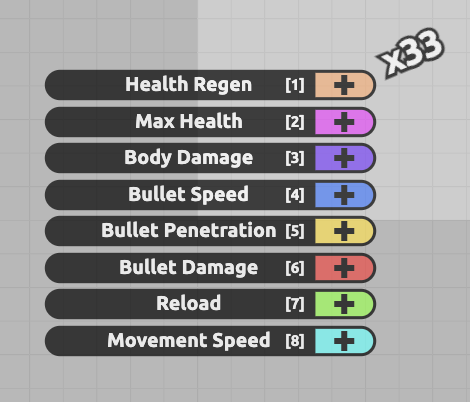 These are (build) points. Each point can increase one stat by one.

You can upgrade a stat by clicking the colored plus button if you have enough points to do that. They should be easy to find. 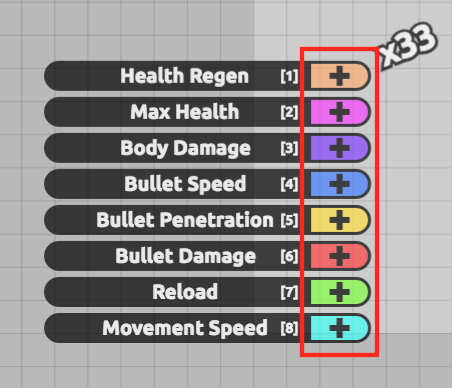 Otherwise, each plus button will be grayed out and will also slide out of view automatically. If you move your mouse make to the corner, it will reappear. 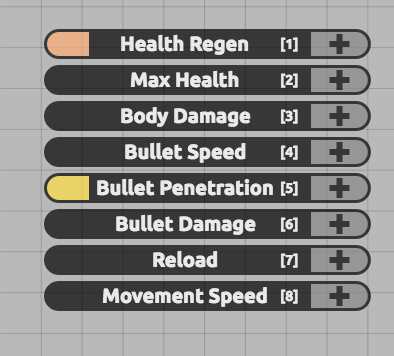 You can tell how many points you can spend by looking at the number to the top-right of the Health Regen plus button. 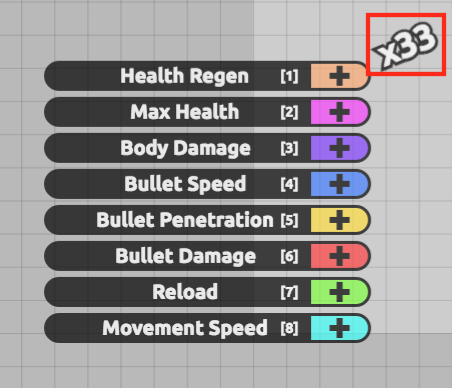 Special cases can be made for having 1 and 0 points:

Note: The mobile version of Diep.io refers to these as skill points, but the web version doesn't refer to them as anything at all. This tutorial simply calls them points.

Builds are the configuration of points. You might find something such as 2/2/3/5/7/7/5/2. Each section relates to one of the stats you can spend points on. Here is the points image, but there are arrows pointing from each part of the build to its respective stat in the points upgrade corner. 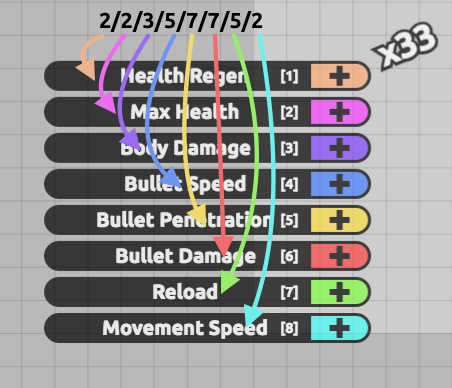 Even better, we could put the build vertically and each part would match up with each stat. 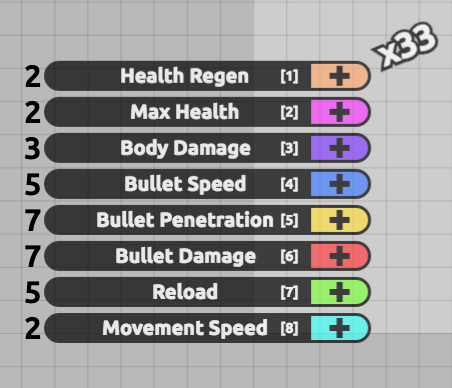 Going back to our example, we would put 2 points in Health Regen, 2 in Max Health, 3 in Body Damage, and so on. Here's the finished build. 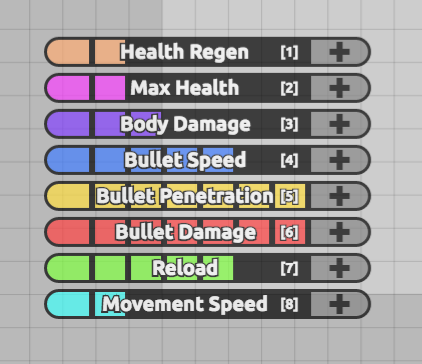 Now that we have gone through using points, I will discuss stats themselves. 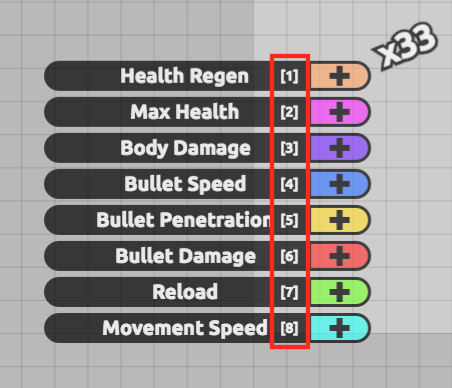 Pressing M plus a stat number queues stat points into that stat once when they are available.

You are able to also use U to queue one point at a time. The March 9th, 2017 changelog describes the new behavior effectively:

In the below screenshot, the player has maxed out Bullet Penetration and Bullet Damage, and is currently maxing out Reload. 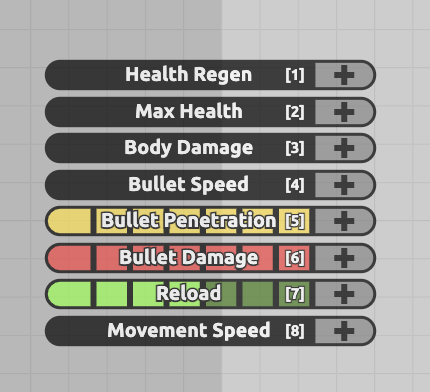 These regular points start at 0 and can go up to 1 million and above, while build points have a limit of 33 during a game.

Not the answer you're looking for? Browse other questions tagged diep.io .

5
What do the different colors signify in the diep.io class chart?
0
How do I use the Shooting Star with Factory?
1
How do I upgrade my tank?
1
What are scoreboards on Diep.io?
2
How can I show the achievements while playing?
1
Which tank has the most bullet speed NATURALLY?
4
What are the individual Color Ids?
1
How can I queue spending points?
3
Clean up diep.io sandbox?
1
Difference between Skimmer and Rocketeer?