We changed our privacy policy. Read more.
This site is currently in read-only mode; we'll return with full functionality soon. Follow @StackStatus or visit our status blog for more info.

Have I achieved the 'right' ending?

I turned into a slug! 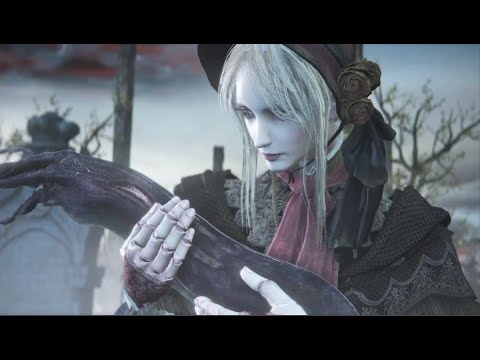 Do you see that thing in my girlfriend's hands? That's me! I was really hoping after I killed Gehrman I could have her for myself, but... Oh god... No! No! The transformation was painful. I resisted the moon presence and turned into a slug - oh, sorry, I meant infant great one.

Have I achieved the 'right' ending in Bloodborne? There's tons of amazing things in the cosmos where I live now, like computers, and I was able to look up what the other endings are. More importantly, I was able to access gaming stack exchange on this cool machine and ask this question.

I feel like the ending I've had is pretty ideal. I've become a slug. I mean, it's not as bad as leaving the dream, it seems like a pretty nice place. Plus, if I left the dream I'd never be able to see the doll again.

What is the 'good' ending in Bloodborne? Out of all the endings, which one is the happiest?

Before you read any of this, be warned of major spoilers.

There are three endings to Bloodborne:

The I've turned into a Slug Ending:

To me, this sounds like you are beginning humanity's next step. This sounds like a good thing, unless the next step in humanity is bad, or the motives of the infant great one (now you) are negative.

The You died and you're released from the dream Ending:

Submitting your life wakes you up from your dream. But Yharnam doesn't seem like such a good place still. To quote again from that same Reddit:

It [Yharnam] hasn't a sustainable populace the chapel dweller pointed out, it's overrun by beasts and cosmic beings, it has an ancient city below it the inhabitants of which have a tendency to escape and capture people so they can fuse them together with beckoning rituals, there's a giant red moon hanging over it and there are gods hanging off of the spires.

Letting the Moon Presence "eat" you shows the player taking the place of Gerhman. You've now become the host for the hunters dream. What happens next is unknown. Perhaps another hunter will take your place in the future. Either way, the dream lives on.

Of the three ending, I would say the best/happiest is the I've turned into a Slug Ending because you are at least giving humanity a chance. This is also often called the "true ending" of the game by many.

This site is temporarily in read only mode and not accepting new answers.

Not the answer you're looking for? Browse other questions tagged bloodborne .

6
Are Blood Gemstones easy to come by and/or do they have unlimited uses?
5
Do you need to have at least 1 Insight to level up?
5
How do I take the girls to the brothels?
4
Do Chalice dungeons have any other loot than Chalice ritual items?
6
When is the latest I can consume the Umbilical Cords?
2
How can i get the best ending in Bloodborne?
3
Is there a general rule for boss weaknesses?
3
Does Bloodborne: The old hunters edition include the standard edition?
1
Have I failed Eileen the Crow's quest line?
2
What is the point of no return for the "childhood's end" ending for Bloodborne?