Can you trade Pokemon from 7th gen (Sun/Moon) to 6th gen (XY, ORAS) and back? [duplicate]

Ask Question
Asked 3 years, 1 month ago
Active 1 year, 10 months ago
Viewed 113k times
5
This question already has an answer here:
Which Pokémon games can I use to trade Pokémon with the Sun and Moon versions? (1 answer)
Closed 3 years ago.

Title says it all, I don't see confirmation in this question and a cursory google search seemed to say assume no and speculate about the pokemon bank.

According to this image: 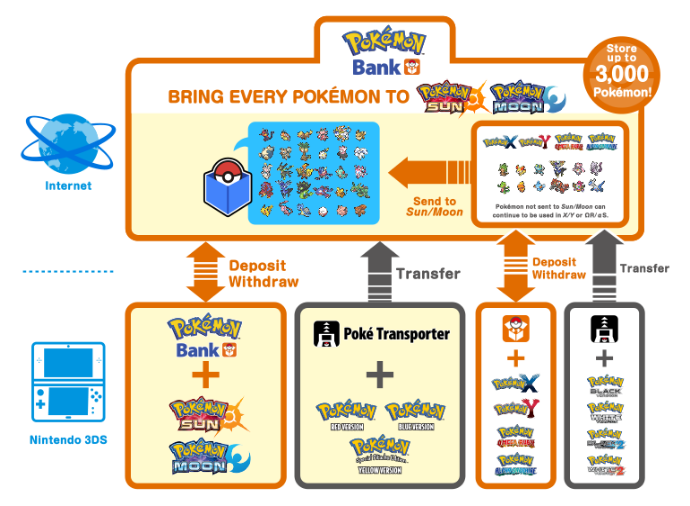 Pokemon Bank will receive an update for compatibility with Pokemon Sun/Moon in January 2017, but you will be able to trade Pokemon from 6th gen to 7th gen only, and not back.

As you can read in the white box:

Pokemon not sent to Sun/Moon can continue to be used in X/Y or OR/AS.

If you mean a direct trade, then NO.
According to this video and IGN:

Not the answer you're looking for? Browse other questions tagged pokemon-sixth-generation pokemon-bank pokemon-seventh-generation or ask your own question.

5
Which Pokémon games can I use to trade Pokémon with the Sun and Moon versions?
0
Can I transfer from Pokémon Moon back to Pokémon X?
-3
How can I transfer Pokémon from Pokémon Sun to Pokémon X?
-2
Will I be able to transfer Pokemon from Sun/Moon to ORAS?
26
Is it possible to trade Pokemon from the 1st generation games to the most recent ones?
1
Is it possible to transfer from Sun/Moon to X/Y?