What is Pikachu's Counter-Attack?

What Pokemon Move is represented by Pikachu's Counter-Attack in Pokken Tournament? Does it reference a move from a game in the main Pokemon series?

When Pikachu performs its Counter-Attack in Pokken Tournament, it levitates two large rocks out of the ground and hovers them above its head while charging, before throwing them forward. 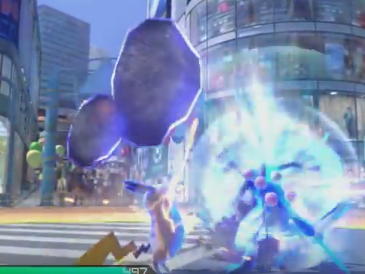 Is this based off any sort of Pokemon Move from the main series? I don't believe Pikachu has access to any sort of Ground or Rock type moves of this nature. Some sort of magnetism-based electric move, perhaps?

The game does explain in its lore that Pokemon can use non-Pokemon-Move attacks in this game due to the existence of Synergy, allowing them to do things such as basic punches and kicks. However, the unusual and elaborate nature of this attack leads me to believe that it is a reference to something.

The move that most closely resembles this attack is Ancient Power, which Pikachu cannot learn. Alternatively, it might be based on the animation for Rock Slide in first generation games, which Pikachu also cannot learn, although it's hard to tell if the Pokémon is supposed to be lifting rocks or levitating them.

Whether this Pikachu can use Ancient Power, Rock Slide or just something that looks like them is anyone's guess.

Not the answer you're looking for? Browse other questions tagged pokemon-series pokken-tournament .

15
What is the Pokemon move/attack that always leaves opponents with at least 1 hit point?
7
What stats do traded Pokemon keep?
5
Do moves that decrease stats (accuracy, defense, attack, & etc) stack?
8
Is the attack "Flail" of Magikarp worth it?
4
How much attack would I have?
6
What exactly do skill upgrades do?
10
How do pokemon stats relate to attack power?