Where is the anvil in Lumbridge?

I started playing Oldschool Runescape earlier. I already have some bronze bars to make me a better armorer, but I can't find an anvil to make it.

Is there any anvil in Lumbridge?

According to this website: RuneScape Wiki there is an anvil right next to the main smithing furnace in Lumbridge but I'm there and can't find any. 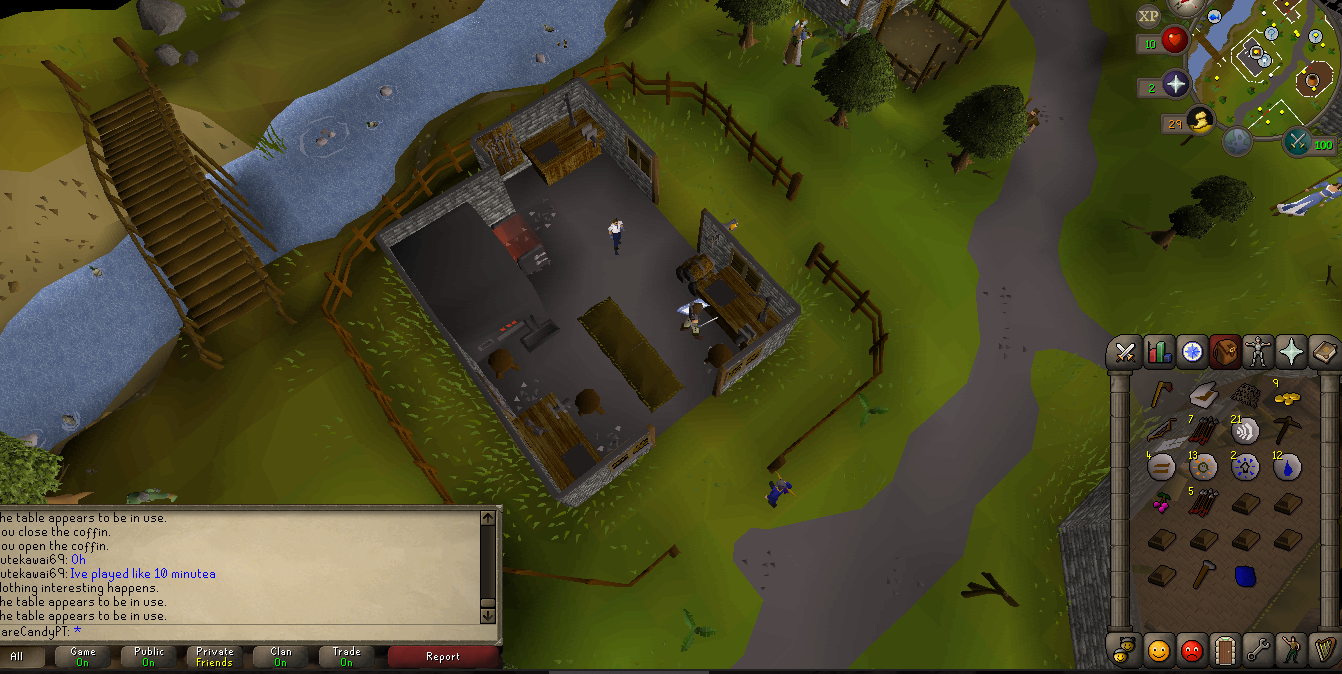 Old School RS is the 2007 version of Runescape (in fact, the tag states that). According to the Lumbridge page on the Wiki:

Since the update on 24 June 2010, there is an anvil located near the furnace, which is convenient, since players no longer have to run to the Draynor Village sewers or Varrock to train Smithing or make armour/items.

The version of the game you are playing does not have this anvil there since it does not contain this update. It has everything up until August 10, 2007, with the addition of some other updates that originate from polls that Jagex runs and the players elect to have in the game. The God Wars Dungeon was also added into Old School RS, as it was not present as of August 10, 2007 (it was released a few weeks later), and a few other miscellaneous things as well.

Edit: As of July 9th, 2020, a rusted anvil exists in Lumbridge, right next to the furnace. However, it can only be used to smith bronze bars.

There is no anvil in Lumbridge. You can easily find some anvils in Varrock. There is also a bank just a few steps away, and it's low-level-friendly.

Not the answer you're looking for? Browse other questions tagged oldschool-runescape or ask your own question.

5
How to determine whether Attack or Strength will train faster?
1
What are the possible constellation-specific quest rewards from Observatory Quest?
4
Why is my Runescape character/username missing or reset?
4
What is the storage limit of the Blast Mine sack in Oldschool RuneScape?
6
What is special about the 73-88% Barrows reward potential range?
9
How long is the idle timer?
5
Where is Eluned in the final stages of Song of the Elves?
9
Is the Basilisk Jaw a Slayer only drop?
7
What do each of the relics do in the Twisted League?
1
Does the yield of Celastrus Trees Increase with Magic Secateurs and Attas Seeds?