What happens to your damage when you are giving your opponents negative magic resist / armour?

For example I am playing Fiddlesticks and I have:

...and I am casting skill that does 100 damage on an Ashe with 30 base mres and no mres items?

I think you're really asking two separate questions here. The first is, "What order do the various MR reduction / penetration effects follow?"

The answer to that is relatively simple.

So to answer the question as per the above, first Fiddlesticks' passive is applied to Ashe, reducing her Magic Resistance to 20. Next, the Abyssal Scepter effects is calculated, reducing Ashe's MR by 20, putting her at 0. Finally, the flat penetration from the Sorcerer's Shoes and the Haunting Guise are considered -- but Ashe is already at 0 MR, so there is no further MR to "penetrate".

Penetration can never bring a champion's defenses below zero.

So in the above scenario, spells would do 100% damage, so the full 100 damage in your example case.

To answer your second question, about the general case of negative magic resistances (possible on jungle creeps, and in some games featuring Karthas / Soraka / Kayle, etc), I bid you to look no further than this question.

The effects of negative defenses are exactly the same as the effects of positive defenses* - linear. In a nutshell, this means that an Abyssal Scepter will increase your spell DPS by the same amount regardless of whether the champion is starting with 100 MR or -100.

*the formula itself is different, because the armor calculation doesn't handle negative values well, but the end result is a continuation of Armor's linear scaling.

As I had explained in a previous post, effective armor and effective MR are always calculated the following way :

The damage reduction depends on the effective armor / MR and follows the following equation : Damage Multiplier = 100 / (100 + Armor) when armor ≥ 0 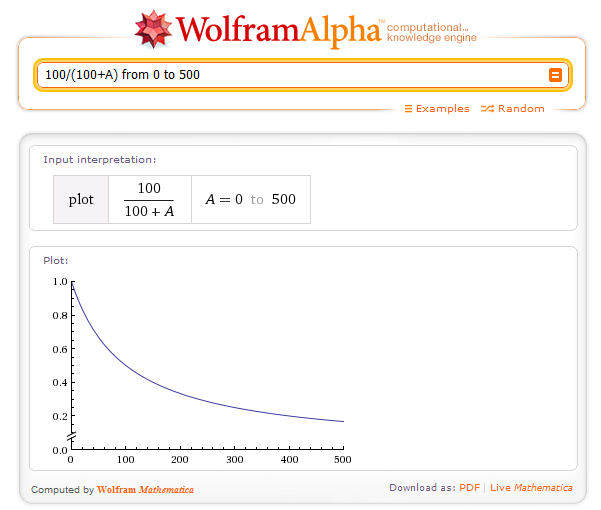 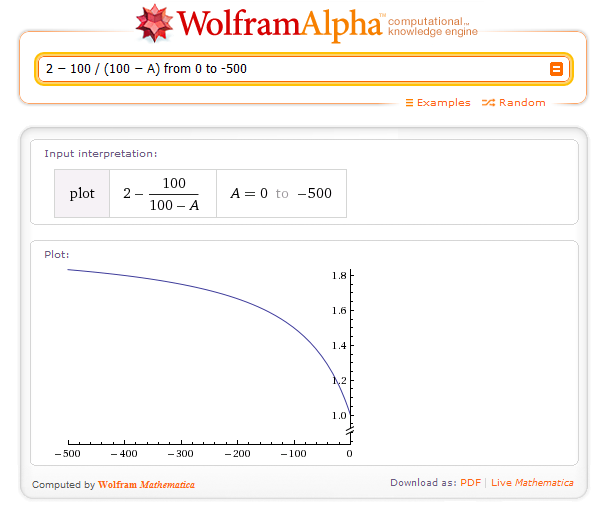 Now, you have to know that penetration can't set effective armor below 0, only reductions can. Meaning if someone has 30 MR :

You will find all the information you need HERE and THERE ! They give plenty of examples for calculating effective armor / MR / Health in various different cases and all the formulas you will ever need.

There is already a good answer for your question on penetration vs reduction.

To answer your question on negative resistances, the wiki page for Armor has all of the math included now.

Every point of armor requires a unit to take 1% more of its maximum health in physical damage to be killed. This is called effective health.

Example: A unit with 60 armor has 60% more of its maximum health in effective health, so if the unit has 1000 maximum health, it will take 1600 physical damage to kill it.

What this means: by definition, armor does not have diminishing returns in regard of effective hitpoints, because each point increases the unit's effective health against physical damage by 1% of its current actual health whether the unit has 10 armor or 1000 armor.

The fact that armor does not have diminishing returns is already covered in detail in a related question.

1
If I have 100 ad and my opponent has less than 0 armor, will I deal more than 100 damage?
33
How can the damage reduction from Armor in League of Legends not have diminishing returns?
12
Is it any use combining Sorcerer's Shoes and void staff?
9
Mechanics of Thornmail, Armor, Magic Resistance
6
When a rune or item says +x magic penetration, how is that calculated?
1
Best runes for Zed: Attack damage or Armor penetration?

6
When a rune or item says +x magic penetration, how is that calculated?
9
Mechanics of Thornmail, Armor, Magic Resistance
11
Magic Penetration Vs. Magic Resist Reduction
3
Does magic resistance reduction of Abyssal Scepter stack with Malady?
2
Cho'gath AP/AD Hybrid Build?
6
What is the most cost effective armor value?
6
Stacking Spellblade
2
How does flash work?
1
How does Taric gain bravado?