I've been playing on the same single-player world in Minecraft for about 3 years or more now, and I at some point I began having lower and lower FPS. What was strange was that I only had that issue inside my base.

I came to the conclusion that all the lag is caused by the insane amount of redstone contraptions that my base is built upon.

My question is: How can I reduce the lag? Is there any way to somehow reduce the FPS lag caused by the redstone/hoppers, while still keeping their functions? If there isn't an "easy" way, do you have any tips for how I can avoid this in the future?

I read some old posts claiming that hoppers are a huge lag source and that there are ways to reduce some that partially, but those posts are very old and possibly outtaded.

Some more context: I have something called "The Vault" which is a huge nicely-decorated, 3-level room with 480 double chests and thousands of hoppers that automatically sort items into each chests (It's like a creative inventory down there, every item worth storing) and also some extra chests for surplus or uncategorised items, and a villager trading station on which I'm still working. I also got some automatic farms nearby but nothing insane. But they do use long hopper lines and a huge item elevator to send the items directly to the Vault.

I believe that "vault" of mine is what causes all/most of the lag, because of all the hoppers that it uses.

Also, there's an item frame for every two double chests in there, so somewhere around 120 of them.

Even more context: My whole base is built inside only a few chunks, because I started on a small island in an ocean. Also most of it is underground but I almost only expanded vertically, because the ocean is very deep. That means that all the redstone is loaded and active at the same time, right?

As an Intermediate Redstone-er, I'd recommend doing the following: 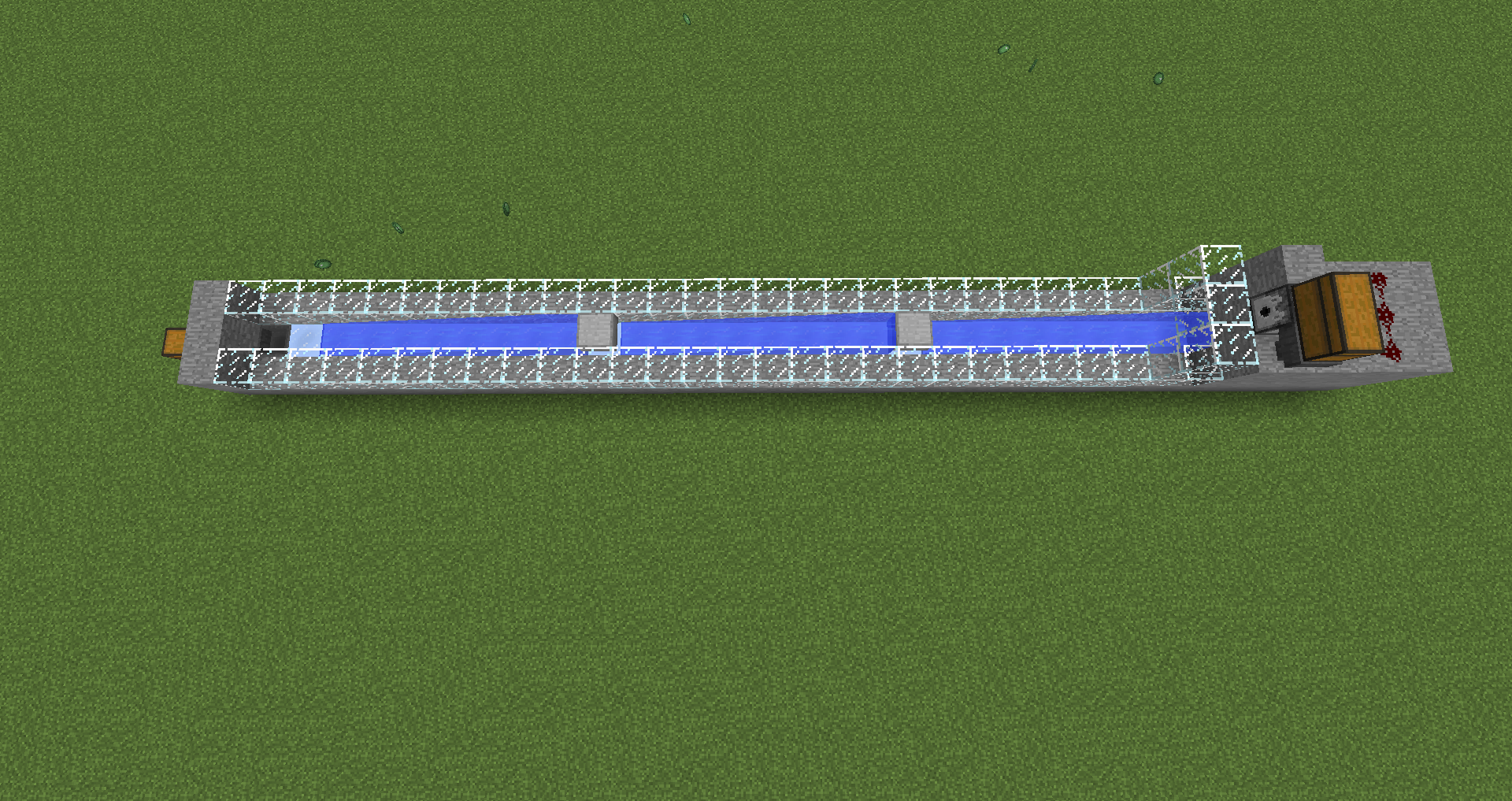 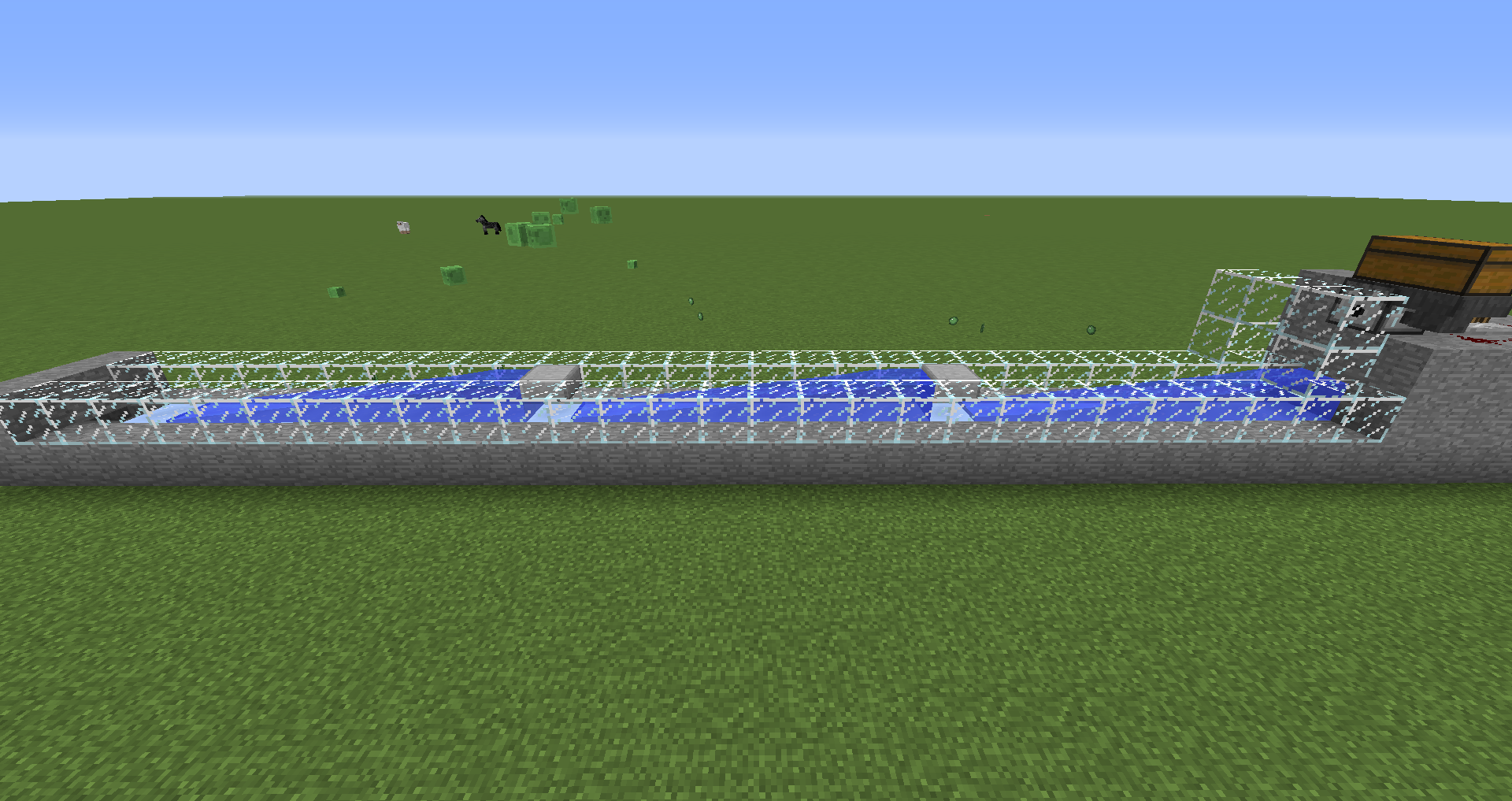 The packed_ice helps to speed up the transport process, as well as preventing itself from melting like normal ice does. An additional note, replacing hoppers with this greatly reduces block-lag, as myth-busted here: Redstone Myth Busting
(I won't go into all the details here...) 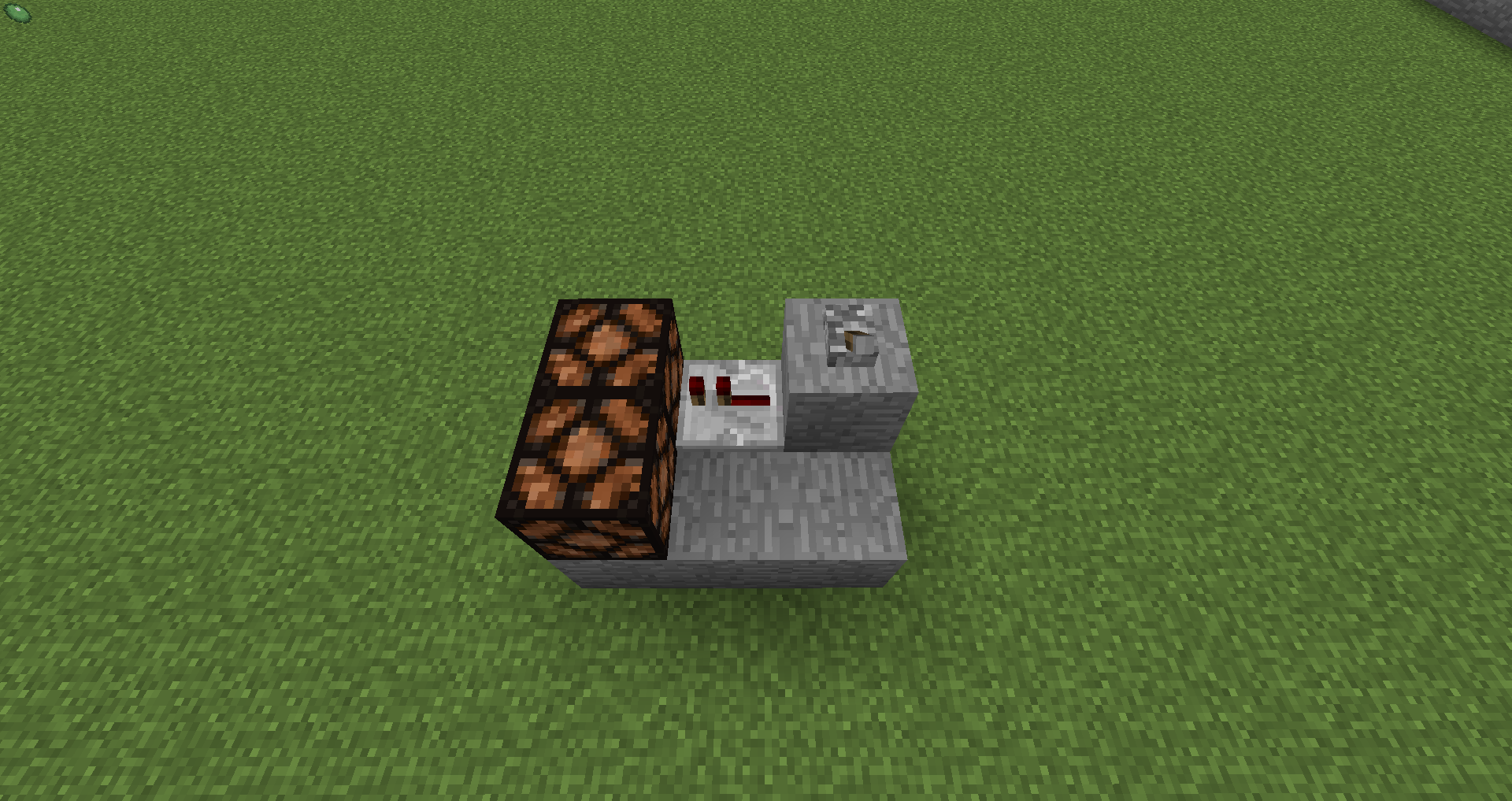 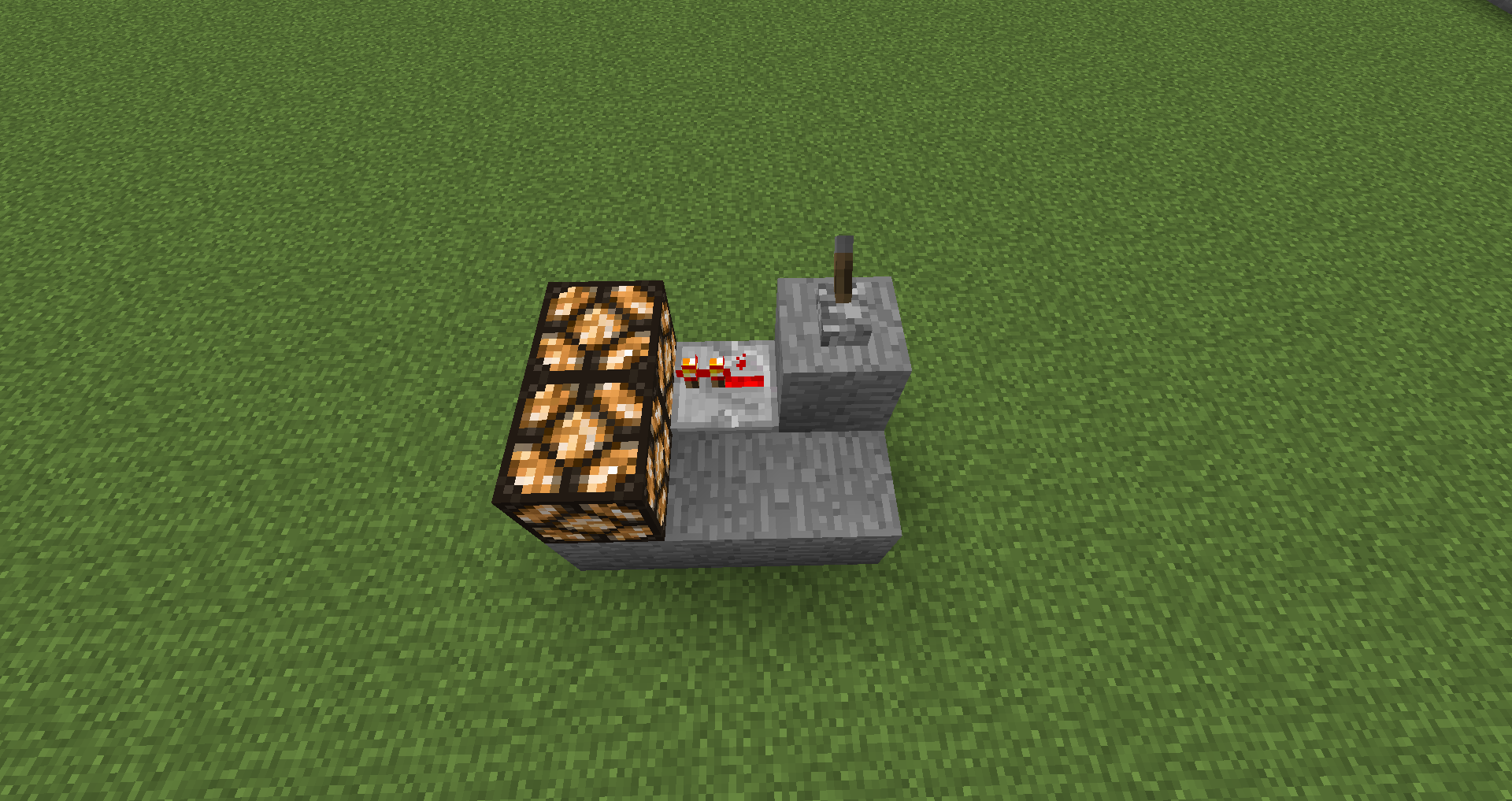 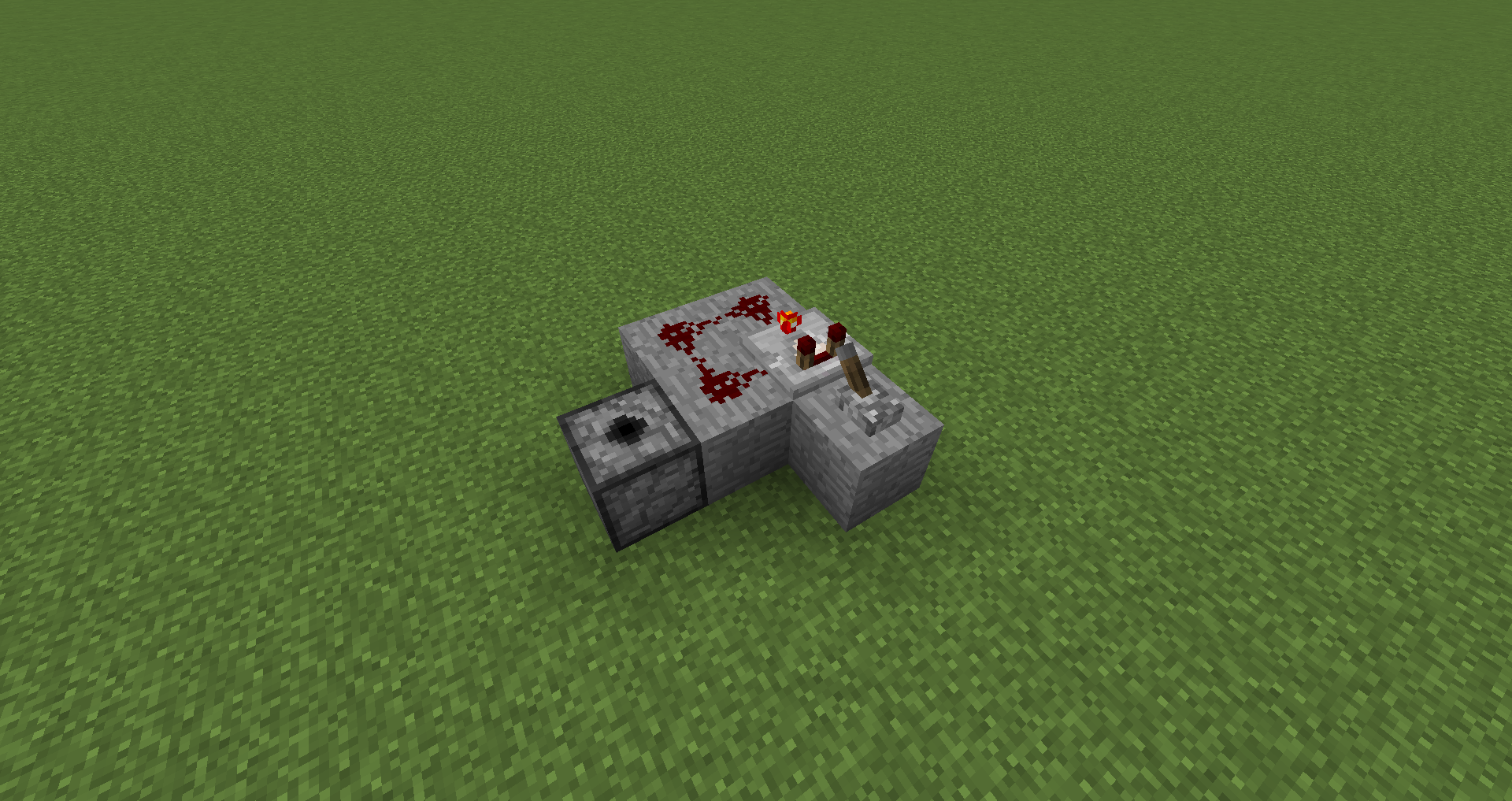 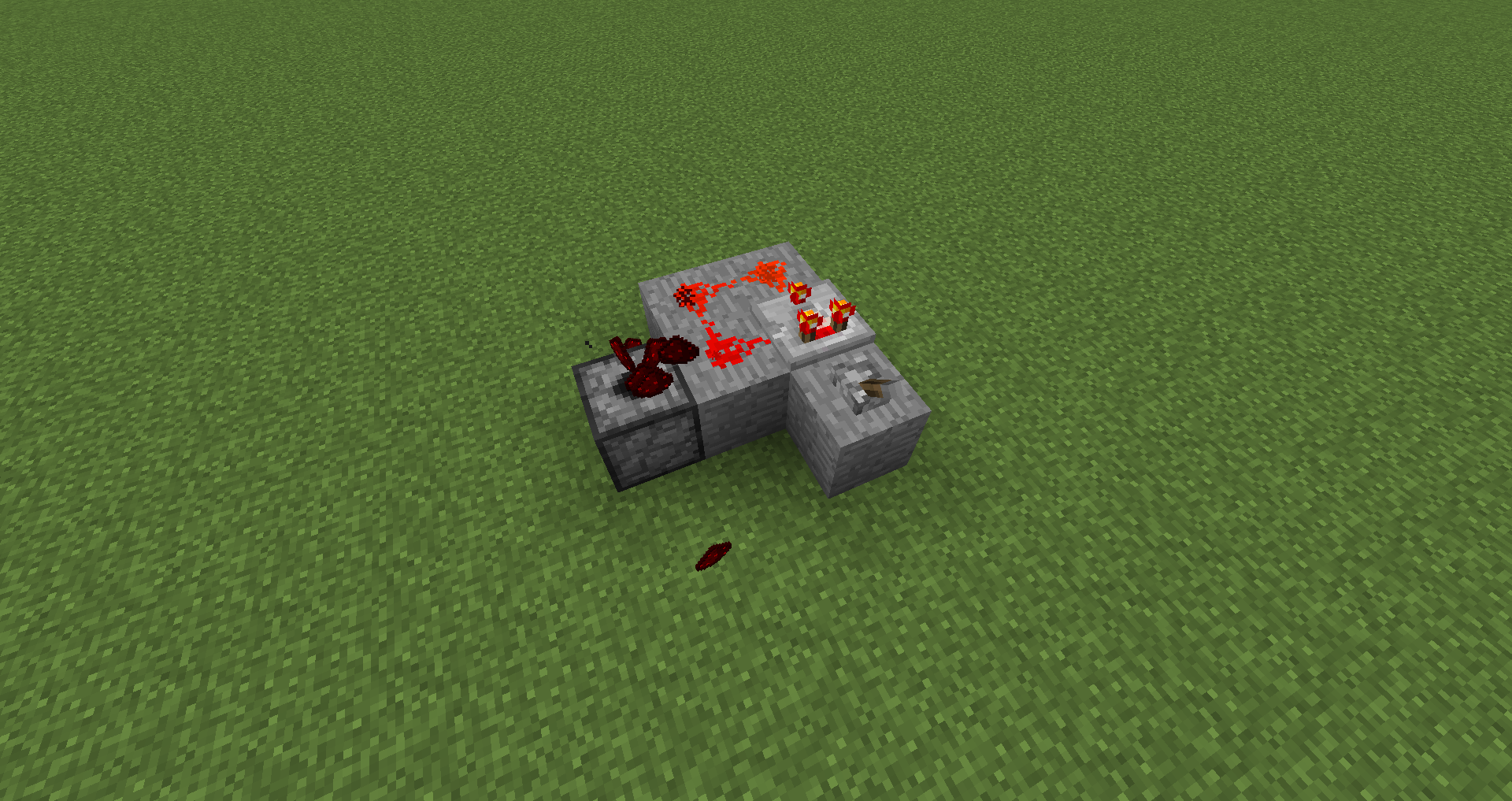 I hope my tips/tricks have helped with your fps-drops. I'm interested to see whether some of my concepts will be incorporated into later projects. :)

You can improve your performance by easily changing the particle/animation settings in your video settings.

When you are in a village with thousands of torches, each one of those torches have both a smoke and a flame animation. By reducing that setting or removing it entirely you can increase your performance without seriously affecting the gameplay.

Everything you can easily increase your fps is mostly found the minecraft video settings.

The bigger the screens size, the lower the frame rate. Having MC be in a window will run faster than in full screen.

Fancy vs Fast I always turn it to fast as the first thing I do when I desire more fps. This changes smoothness of lighting and changes non-3D items to sprites, but doesn't really effect the game all that much IMO.

Clouds. Clouds used to be a fps-dropper but not any more, but could still mean the diffrence between 10 and 15 fps.

Don't use super Hi-def texture packs. These can slow down your fps quite a bit.

Optifine? I have heard it increases fps, but I don't have experience with it.

I know this is an old post but could get clicks to this day, so I wanted to add an answer that hasn't really been mentioned yet.

If your vault still lags when no redstone is triggering and no items flow through it, you may be experiencing block entity lag. A few block entities update every tick and so require more processing; hoppers, chests, and a few other redstone related blocks require updates each tick. Hoppers are notorious for creating lag by just existing, even when unused, since they update each tick. A lesser known cause of lag is a chest, which is in fact worse than a hopper in this state. In a void world (no mobs, blocks or entities) the following test was run:

Any method you can use to reduce the usage of these blocks will mitigate the impact of block entities.

Hopefully someone finds this useful!

Not the answer you're looking for? Browse other questions tagged minecraft-java-edition minecraft-redstone performance .