What determines what is Sighted versus Nearby?

Today, it seems like Sightings and Nearby can coexist at one time (I hadn't seen this before today, even in the same place, since it's in my office). 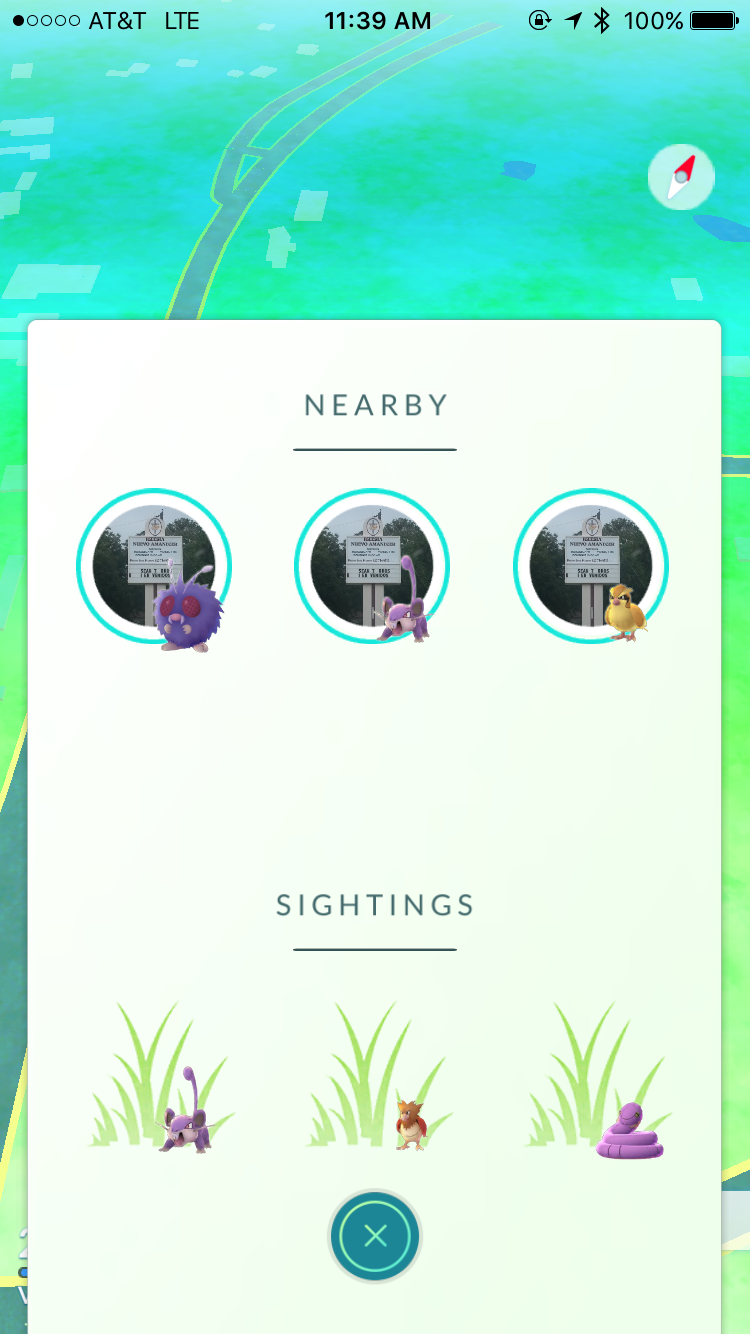 You can't tell from the picture, but there was actually another Pokéstop directly between my position and the Pokéstop the Venonat, Rattata, and Pidgey were at. Based on where the Rattata and Spearow spawned, I would've thought they'd appear as Nearby that Pokéstop, but they didn't.

Thus, what distance determines whether Pokémon are shown as Nearby versus Sighted? Is it distance to the player or to the Pokéstop?

My observation is that it works in a following way.

Nearby list shows the Pokémon at the Pokéstops which might be up to ~1 km far away from you.

If there are less than four Pokémon in the Nearby list, then the Sightings list (aka the "old tracker") is shown too displaying Pokémon that are 200m from you or closer (not necessarily at the Pokéstop).

It looks like a first step towards the rural players who don't have tons of Pokéstops around them, so this way they at least see three Pokémon that are close.

Thus, what distance determines whether Pokémon are shown as Nearby versus Sighted? Is it distance to the player or to the Pokéstop?

It is the distance of the Pokémon from the Pokéstop plus some internal hidden flag (not all Pokémon at a Pokéstop are counted as Pokéstop ones and would be shown in the Nearby list). It is however safe to say, that all Pokémon shown in the Nearby list, will be up to 10-15 meters from the Pokéstop (up to 1 km from you). And Pokémon in the Sightings will be up to 200 meters from you (no matter whether at a Pokéstop or not).

At the beginning you will see only the Nearby list with the Caterpie, Rattata, Ekans and Spearow. You won't see Bulbusaur, as it's too far (let me say that I don't know what exactly the limit is, but it looks something around 1km +/- 200m). And you won't see Pikachu or Charmander, as they are not the Pokéstop Pokémons. Then you'll catch Caterpie. Since there are only three Pokémon in your Nearby list now, the Sightings list will appear showing Pikachu. You still won't see Blastoise or Charmander as they are too far for the Sightings. 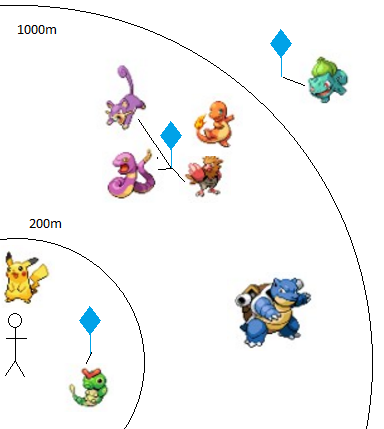 To answer the first part of your question, the Pokestop that is closer to you might not have any Pokemon located at it.

Nearby Pokemon are those that are located at a Pokestop or really close to one. Thus, if you are in the range of a certain Pokestop, you will be able to catch that Pokemon, provided you are not moving too quickly (i.e. in a car) and no one else has just caught it.

Sightings are Pokemon which aren't quite located nearby a Pokestop, and are Pokemon located ANYWHERE else.

If both Nearby and Sightings are available, then they will show you a maximum of 3 Pokemon for each category. Otherwise, you will see all 9 spots filled with either Nearby or Sightings.

(I'm sorry if my answer was poorly organized)