How to resolve Wii U networking dysfunction?

I'm a network admin, so this isn't my first rodeo, but I'm really fighting Wii U networking at the moment. The same problem exhibits itself with both wireless and wired networking. I prefer wired networking so I'm going to go down the path in explaining what's going on with that:

The Wii U detects the wired network adapter just fine, but when it get's to testing the connection, I get the lovely "Connection test failed." message: 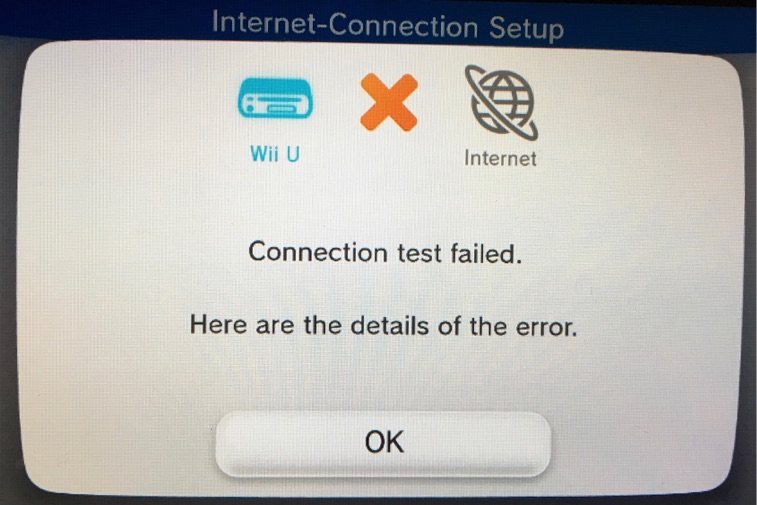 When I go to test the connection, I get the above result. I do see the adapter lights triggering when the interface becomes active and I CAN ping the IP whilst the test is running (ping 192.168.0.85 with very low latency replies from another system on the network).

For all intents and purposes this Wii U should have no trouble connecting to the Internet, yet it refuses to do so.

Any idea as to what may be going on or how to resolve this kind of issue on a Wii U with 5.5.1 U firmware?

(The only two answers I have found so far regarding this don't seem to help: Link 1, Link 2)

Found the solution. Apparently the Wii U is extremely sensitive to any "invisible" proxy services on your router or gateway server.

Someone had actually turned on an invisible proxy server on the gateway / router for this network. It turns out that all of the http[s] (port 80 + 443) traffic was passing through a cached proxy server to improve performance, which hasn't caused trouble with any other network devices or traffic, but it so happens that the Wii U is apparently highly susceptible to this kind of service.

After this service was disabled Wii U Internet connection test succeeded and the unit is now functional.

Not the answer you're looking for? Browse other questions tagged wii-u networking .