When i connect to this server, and only on a certain world in that server, i get high bandwidth spikes. No one else on the server experiences this problem. Normally your bandwidth usage will spike when you load new chunks or a lot of stuff is being rendered and received from the server, but it is doing it while i stand still. I've tried updating my java and reinstalling minecraft. This doesn't happen on other servers or even on certain worlds in the minecraft server, my bandwidth is really bad at about 2.5 mbps down speed, but why could it be spiking as shown? Thanks. 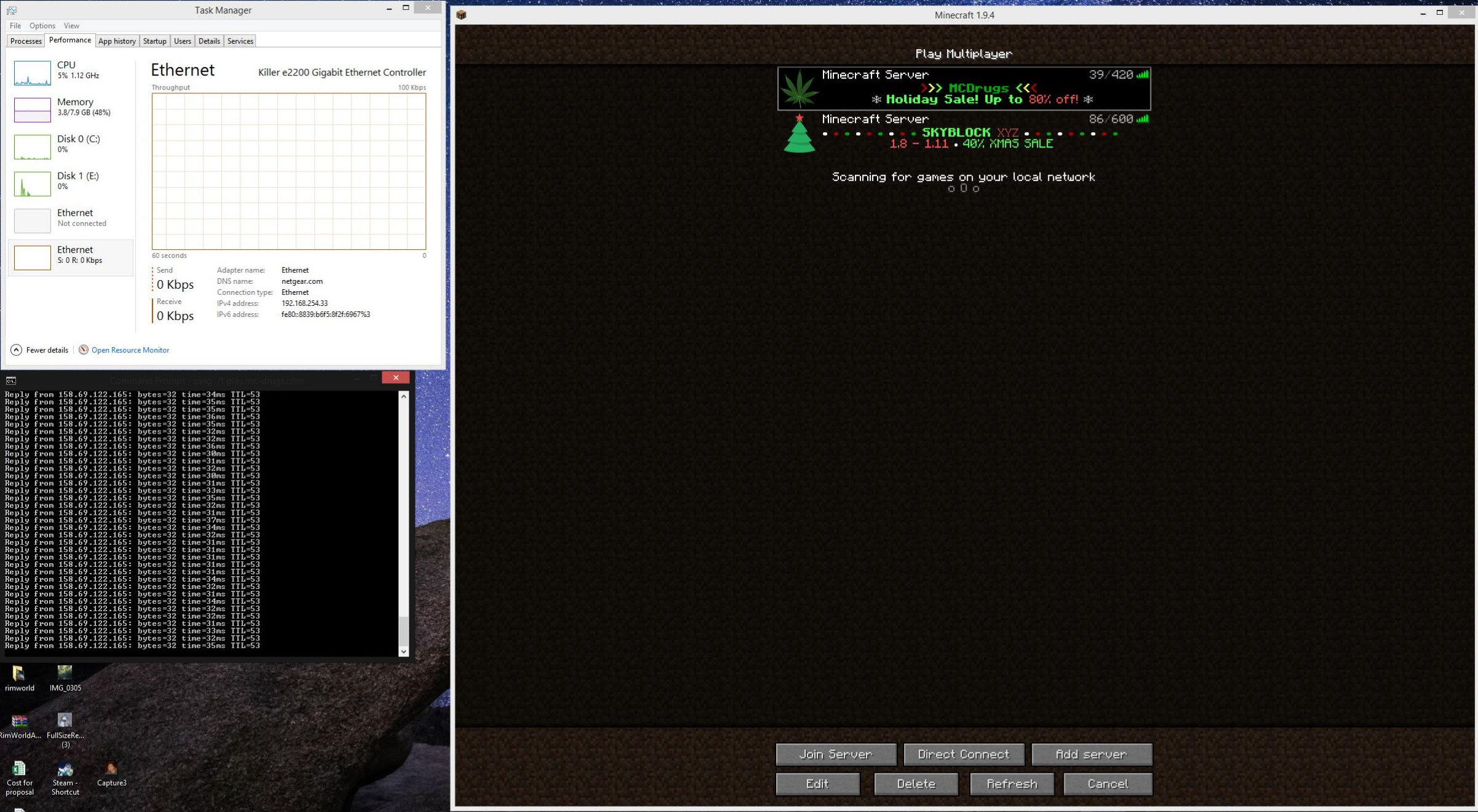 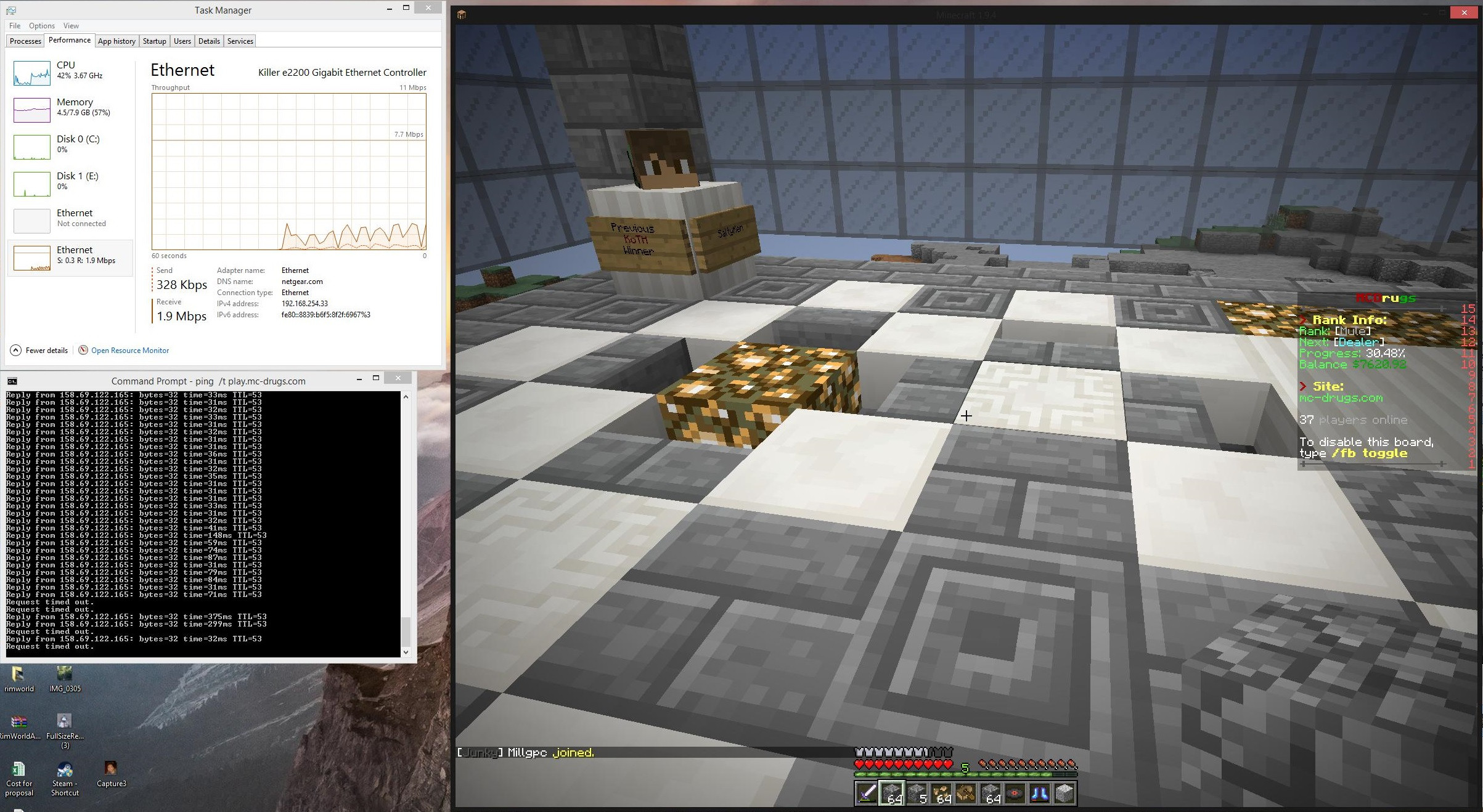 I would reply as a comment, but lacking the points right when I type this, I am forced to answer. *sigh*

I've experienced stuff like this before at various times. If you are using mods, that is easily one reason. Try to connect without any unnecessary mods, or if the server can be played without mods, try with an unmodded game.

If in fact it isn't mods that is the issue, then see what versions of the game that the server allows you to connect with. Sometimes servers may allow a few different versions of the game to connect, with varying degrees of success. I'm saying this because one server I've played on, a SkyBlock one, the latest version of the game at the time actually sometimes disconnected me at times when I typed in chat... that was beyond the control of the server owners as it was part of a not-fully-tested compatibility layer which came with the server software.

Of course I cannot leave out this possibility: there may be something that your anti-virus, anti-malware, and/or firewall software that it detects is "malicious" that isn't. I don't recommend ever disabling them unless in extremely necessary circumstances. Although do make sure that Minecraft is allowed to go through your firewall on your computer (sometimes this does help the latency you may get for just any time you play online on any server)... just make sure you whitelist the correct program.

On Windows, you would have to figure out which Java is being used. If you used the .exe version or the .msi installer from Mojang's website, it probably uses a built-in Java (that would need to be the one to whitelist in your firewall). If you used the .jar (doesn't matter if on Windows, Macintosh, or Linux/Unix) from Mojang's website, you probably would need to whitelist the Java used by your system (which is potentially dangerous if you get malware on your system because, having the system's Java whitelisted in the firewall, it would be easier to attack your system). I don't know anything about how the .dmg for Macintosh works, so I don't know if you would whitelist the system Java, or the Minecraft executable itself if using that.