How many times should I expect to summon in a given play through?

I've looked at Are summons random? and some other guides on summoning in Final Fantasy XV, and I'm still feeling a bit confused. I'm currently on chapter 14 and I have been given the prompt to summon only twice in the entire game thus far (~40 hours played), and that's including one story-driven summoning.

Is this normal? I feel especially in the last couple chapters, myself and my party members have been in danger quite often, so based on some of the guides, I'm surprised the astrals have not offered me more assistance.

Should this just be chalked up to bad luck? How many times do most players summon in a given playthrough outside of story-driven summons?

My two summons include (minor spoiler)...

Ramuh as part of the story to destroy that base and Ramuh at random. Were it not for online guides, I would have no idea it was even possible to summon any of the other astrals....

"Summons" as some prefer to call them as Astrals, gods who are divided among contempt and compassion for the state of Eos when the player begins the game. Though the opinion of the Astrals is not a central theme in Final Fantasy it is interwoven into the deeper lore. Noctis must earn the right to call upon the Astrals whereas in the past installments of Final Fantasy the heroes appeared to make creatures they summoned bend to their will.

Where Can I summon Astrals? 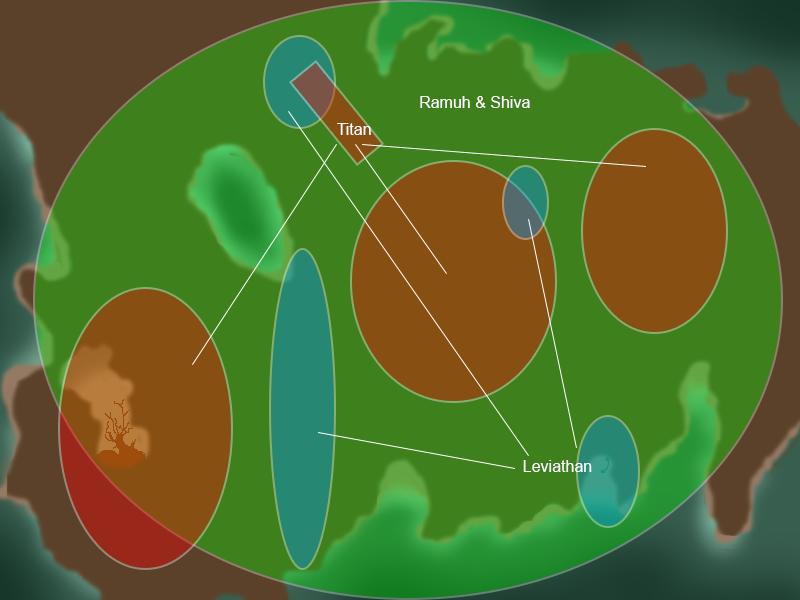 The Official Players Handbook has a more detailed map and I was unable to find any map to match on the Internet. So, I made this rough illustration to give a general idea on where an Astral could be summoned.

Astrals aka "The Six":

Creating an allegiance with an Astral is part of the main story and all Astral beings will be present by the end of the game no matter how the game is played to completion.

Ifrit is the source of the firestorm a much older Noctis is seen fighting at the beginning of the game. Ifrit is in allegiance with Ardyn, and prefers to watch the world die.

Defeating Ifrit will require both Bahamut and Shiva, and their summoning is prompted

Some may consider magical companions a form of summon, as they're summoned by either the player or a condition of the character, but do not otherwise have any truly offensive or defensive role in the game.

Appears sometimes in photos, Astral who ressurrects Noctis on Easy Mode, and the Guide in the Platinum Demo guiding and protecting Noctis through his dream.

Umbra is the faithful companion of Lunafrea and who delivers the notebook Noctis can optionally write messages in for return to Lunafrea. Umbra allows Noctis and his party to travel backward in time and collect missed items, gain experience, hunt bounties, race Chocobos, and complete quests. This re-opens any area of the game previously visited except Tenebrae

Don't we all. The initial play-through doesn't afford many opportunities. By the time I finished the game the first time I summoned an Astral an underwhelming 9 times. the second I summoned about 12, but I also took my sweet time in Chapter 14 to enjoy the random appearance of Bahamut (which has always been entertaining)

My theory on why players aren't given more opporuntiy, is that the game is largely presented in a theatrical manner and aside from the lore that the Astrals are helping YOU and not the other way around, theatrical effect would be severely limited (or lost) if players were allowed to drag their feet for the sake of punishing mortal enemies with the power of gods (and it would create a logic implosion in parts of the plot).

Most of the opportunity to unleash the power of the Astrals is after the game ends and the player can free-roam completing missed quests or flying the new Regalia-F to Pitioss, the dungeon that can only be reached through flight.

2
Are summons random?
6
How many miles can I drive before running out of gas?
4
Are all the royal arms gained through quests?
4
How many fish does Noctis need to catch?