Can I make an ender portal on creative?

I've updated Minecraft PE, and in the update notes it states that they've added the End. But when I made a new creative world and built a portal, it didn't work.

I've been looking online at tutorials, but cannot get the portal to open. So how do you create an Ender Portal?

I couldn't do it at first either, but I figured it out: You need to stand inside of the portal whilst putting in the eye of enders. If you stand anywhere else but inside of it, it won't work.

Portals are a bit glitchy. I'd recommend just using endereyes to find a stronghold. 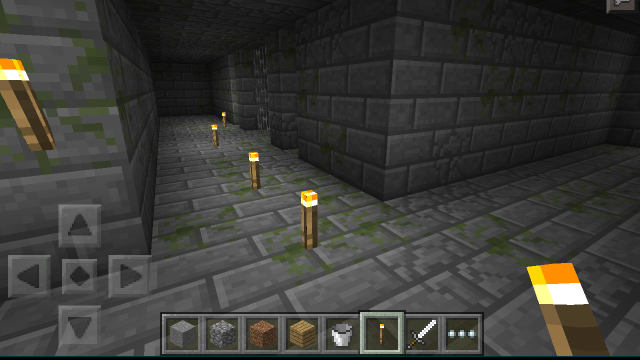 Yes, with commands you should be able to (at least in the PC version).

To make an Ender Portal in Minecraft Pocket Edition in creative mode without finding a stronghold, you need to use a command. I am pretty sure they did not add that command. The command used to be /setblock ~ ~ ~ end_gateway in beta build 1, but it no longer works with the official release.

So the only way you can get to the End in Creative without commands is to find a find an End Portal in a stronghold, it should be a lot easier in creative rather than survival.

Here are some helpful links to finding a Stronghold:

It's none of what you've guys have said lol. It's to do with the pattern of the Portal itself. Make sure the green tabs are facing In.

Sure! Just go in the command box type'/setblock ~ ~ ~ endportal' and u would be good to go! But, I'm not sure if it'll spawn there. It just sends u there... to the end.

0
How do I create an Ender Portal?

0
How do I use a map in Minecraft PE
7
How to share worlds between platforms with Minecraft Better Together
2
Why does the multiplayer button in Minecraft PE change from on to off?
0
How do you quickly clear away trees without destroying my creations
6
How do I give a player an item with custom properties?
1
How to create a Map Room / “world map” in Minecraft 1.6+