How to kill chickens in a Chicken Generator?

So I've just built a Chicken Generator, that should supply me with raw chicken meat, in order to sell in to Butchers.

However, I've encountered an issue: I used a Weighted Presssure Plate to activate the kill mechanism when there are enough chicken. The problem: chicken are less than one block tall, which makes suffocating them impossible, unless the Pressure Plate is destroyed (which I don't want to happen).

So, what cost-effective kill mechanism (that doesn't cost me hundreds of Redstone) should I use, eventually replacing the Pressure Plate with something else?

If you are playing on version 1.11+, you can use gamerule maxEntityCramming. This gamerule does that when number >0 given, when there are more mobs (respectively "pushable entities") on one block than the number+1, they will get 3 damage.

The maximum number of other pushable entities a mob or player can push, before taking 3 (Heart.svgHalf Heart.svg) suffocation damage per half-second. Setting to 0 disables the rule. Damage affects survival-mode or adventure-mode players, and all mobs but bats. Pushable entities include non-spectator-mode players, any mob except bats, as well as boats and minecarts.

So all you need to do is to collect chickens on one block - typically directly above hopper. Then you just need to wait until there will be more than X+1 of them, then they will kill themself automatically. No redstone needed except hopper for collecting the stuff.

If you are in pure survival or don't have access to gamerules, the default value is 24, unless changed by server admins.

Be aware that a lot of mobs on one spot produces A LOT of server-lag! (That is the purpose to kill them if they are on one spot in huge numbers, however reasonable limit is not 24, but something like 5-10 only)

Have you tried this 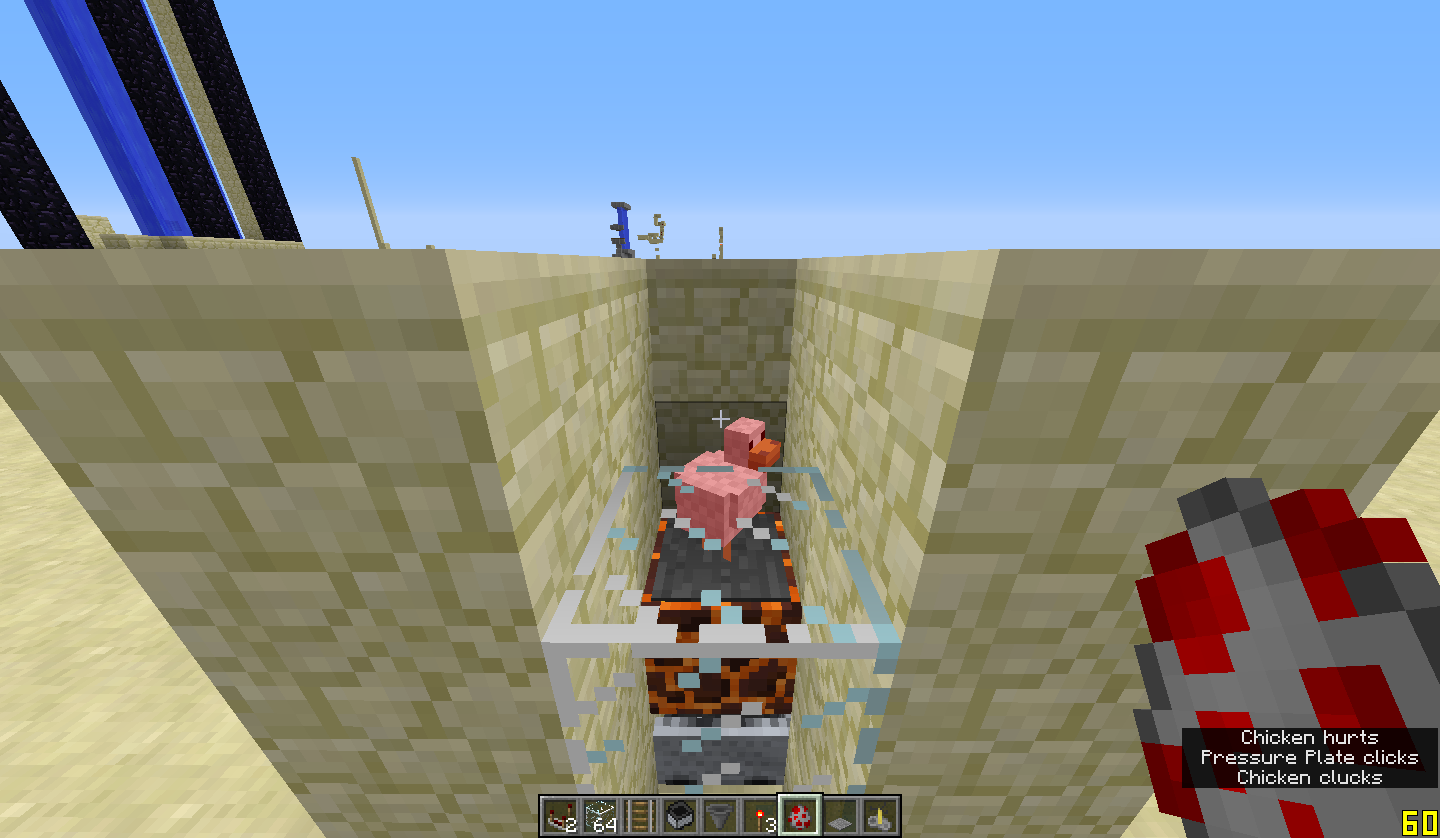 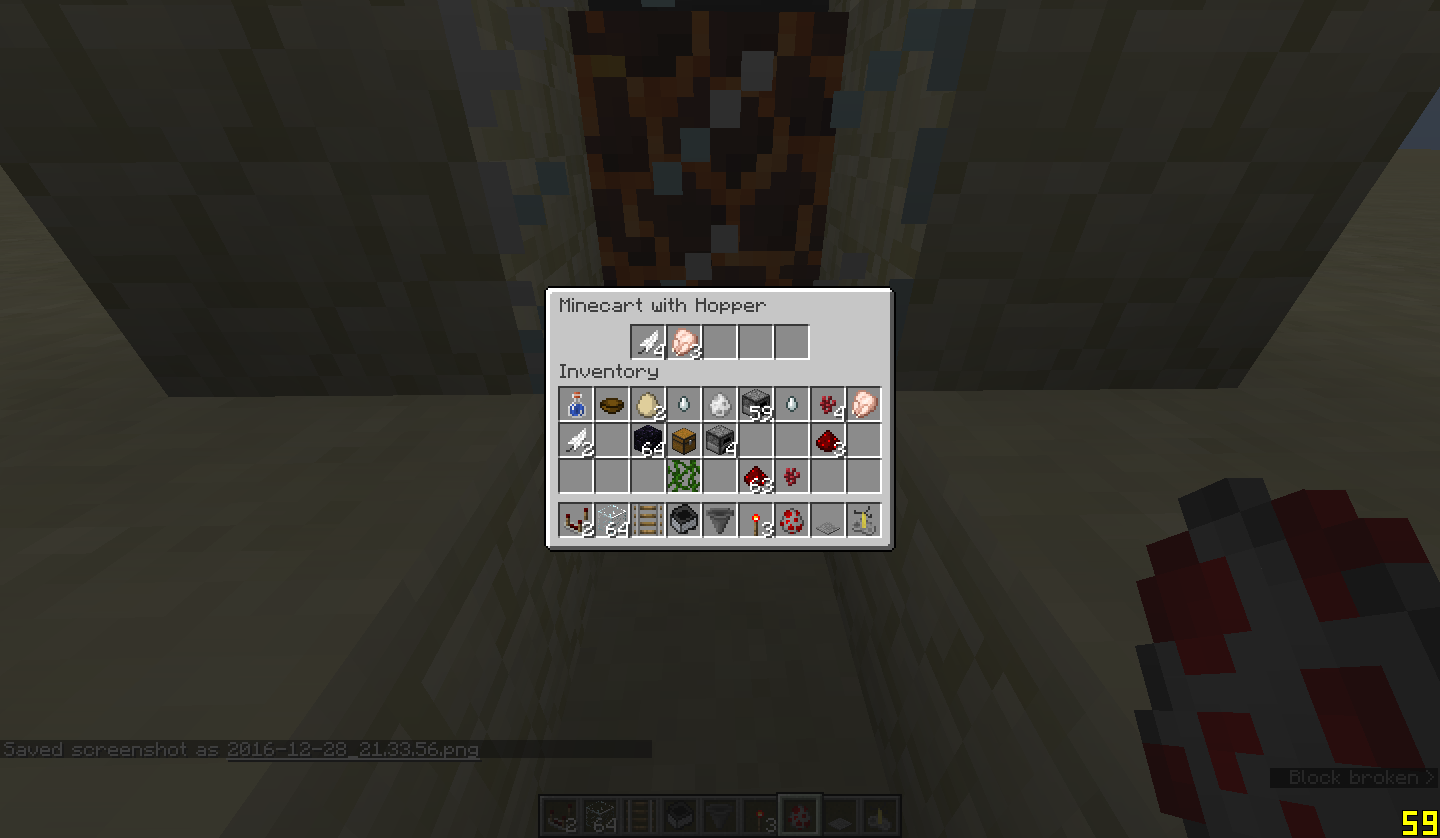 as well you get raw chicken.

Use the magma block below the pressure plate.

when the chicken stands on the magma block it gets hurt, also it triggers the pressure plate, for redstone signal.

when the chicken dies, it drops raw meat.