Is this guy dead?

So I shot a tranq dart into someone's head and I got the Merciful Soul bonus, but then when I go up to loot the corpse, his icon shows a skull, does that mean he's dead and I just screwed up my pacifist attempt? 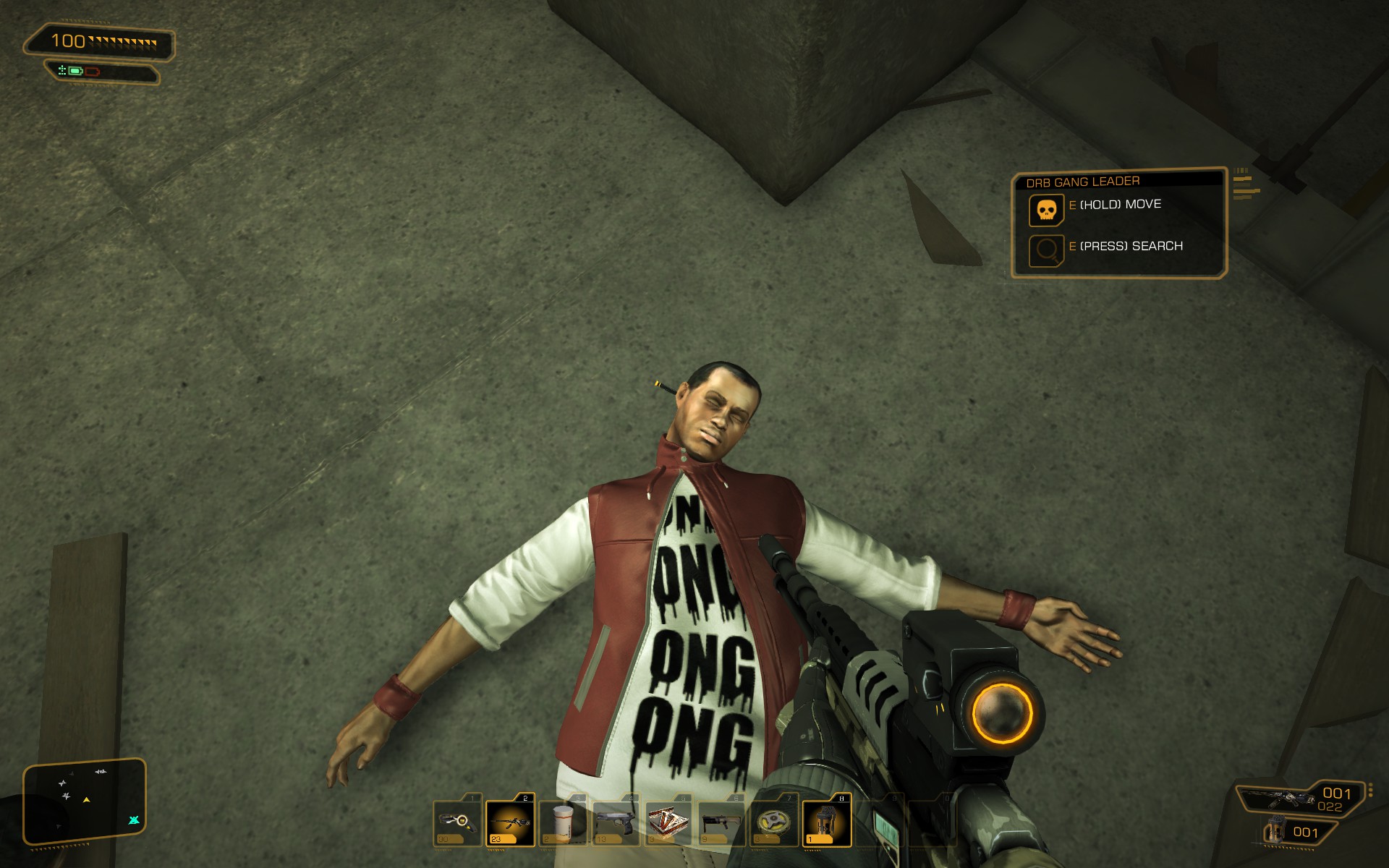 He looks dead. Normally if someone is knocked out they have a "Zzz" icon instead of the skull... you're not a pacifist. Load save.

It actually is a little grey here.

Sometimes the game bugs out in two different ways.

The first way is that the guy dies from the fall (of like 2 feet), which isn't supposed to ever happen.

The second way is that some people show the skull while they're actually knocked out.

It's safer to load the save again, but some people have continued on after seeing someone they knocked out with a skull and have still received the achievement.

7
I shot someone with a stun gun and now he's dead. Could I still be considered a pacifist?
7
How am I supposed to kill the final boss on the Deus Ex difficulty?

9
Found hostages dead. Is it a bug?
4
I seem to have explored myself into a dead end, how do I get out?
8
What is this quest marker for, and how do I get there?