Why does Fallout 4 load with broken textures?

I recently upgraded my computer to play Steam games in better quality.

Whenever I play Fallout 4, the character starts with square rainbow colored skin. There is also severe asset glitching making it impossible to see anything in-game and leaving me feeling ill.

I've tried searching the Bethesda forums. I've seen similar problems and solutions but for people with AMD graphics card. I've tried some of the solutions with no effect.

I do not know what I can do to fix it. My question is how to fix the visual errors to actually play the game.

Note: I am using the vanilla game. No mods installed.

EDIT: I have tried loading the game on each display setting to no effect. I have looked into the godrays/shadows/and shadow distance with no impact on the problem. I had a third party take screenshots since the game makes me ill currently and will attach them below. I have seen that the game actually downloaded to the SSD. I'm not sure if that fact makes a difference though. Due to the size limits I can only attach one picture; however, it does give an example of the broken texture. 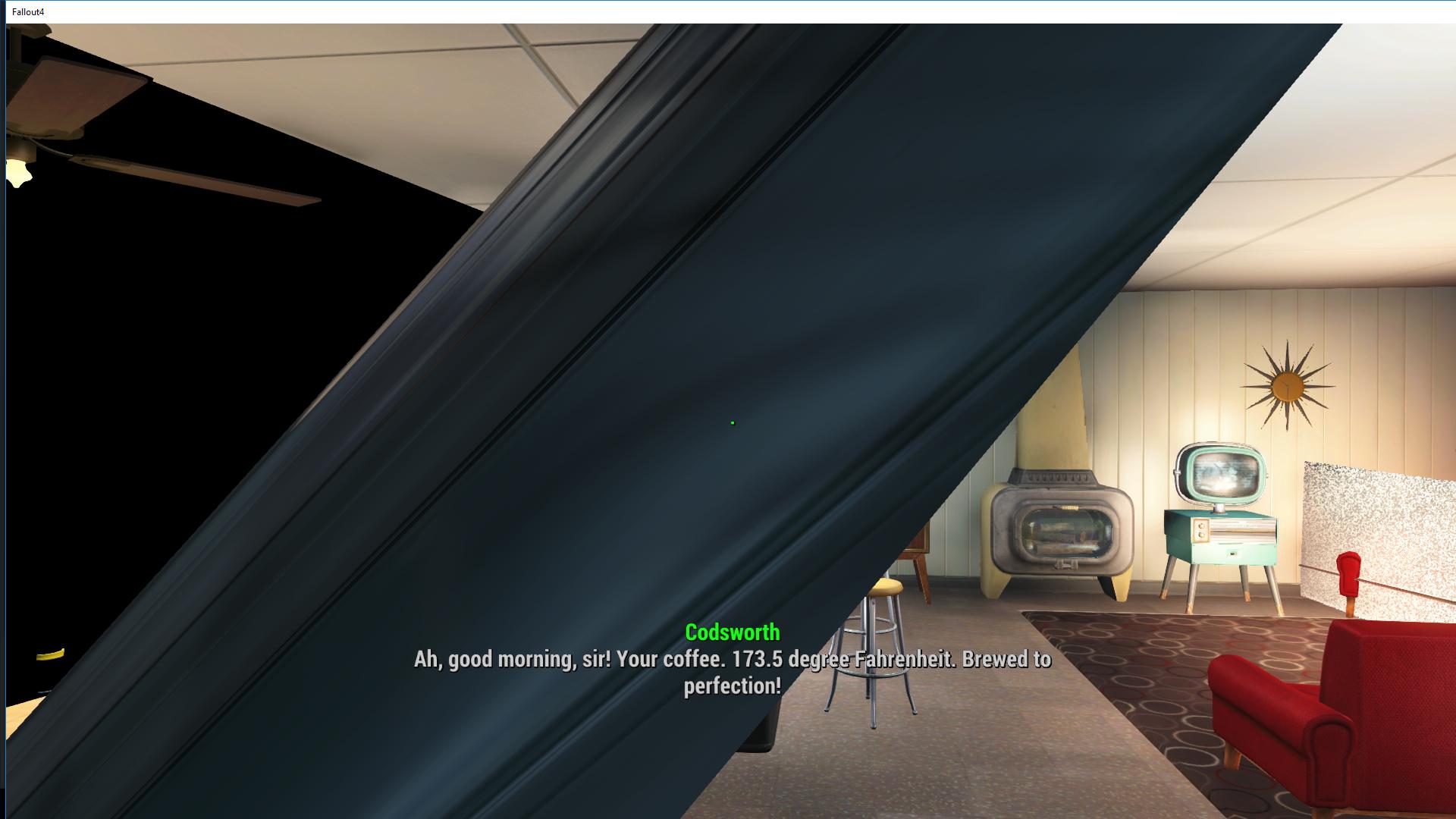 Found a solution. It is indeed "Godrays".

After you change them both to 0, save the file.

Then go to the properties and make it read only. If you do not change it to "Read Only" Fallout will automatically switch this setting back.

The problem is located with the Shadow Shaders in the game, these 2 settings were introduced for AMD GPUs because NVIDIA had this setting built in. After 1.3 for some reason it broke and the God Rays break the shadow shader for some reason. Its much more complicated than this, but I say this just to make a long story short.

The problem isn't in the textures themselves, but the way shadows interact with the surface textures.

I am unsure if this will fix your other graphical issues, but this should at least fix the rainbow problem.

So after a while I've narrowed it down to either an error with my NVIDIA Card and/or error with the Intel graphics card.

To fix the problem with broken textures I completely uninstalled by NVIDIA and Intel graphics followed by redownloading and updating the graphics card.

Since uninstalling and reinstalling the graphics cards I have not had a problem with the textures in Fallout 4.

Not the answer you're looking for? Browse other questions tagged pc fallout-4 .