What is this racing game on a snowy road with traffic?

I saw this video on Instagram a few days ago and I can't seem to find any response to identifying this game. It doesn't seem to have any identifiable HUDs. I'm not even sure if it is a racing game or a modded game.

I believe this is the game called The Crew. In this game, your drive across all of America (it's a fairly large map and it's also misshapen some), so you can encounter snowy regions like this. It is similar to Forza Horizon.

The way I can tell is if you look closely at the video, you'll see around the edge of the screen a bunch of arrows moving around that indicate other players in the game. This is the biggest indicator of the game. Take a look at this screenshot: 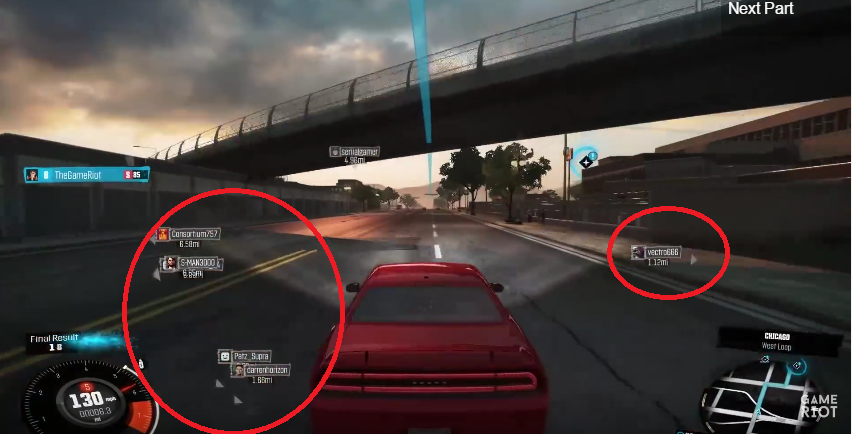 I've circled the the arrows. The screenshot was pulled from this video. Here is a screenshot from your video with the arrows also circled: 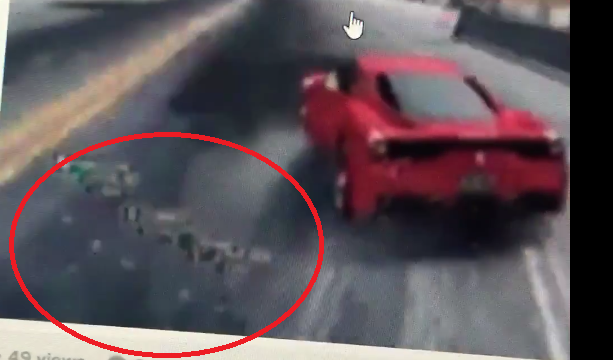 Other things as evidence is I believe the car being driven is a Ferrari 458. It has a twin exhaust which you can make out in your video (circled in the screenshot):

As you can see in the below screenshot, it shows the exhaust (as well as the other similar body features): 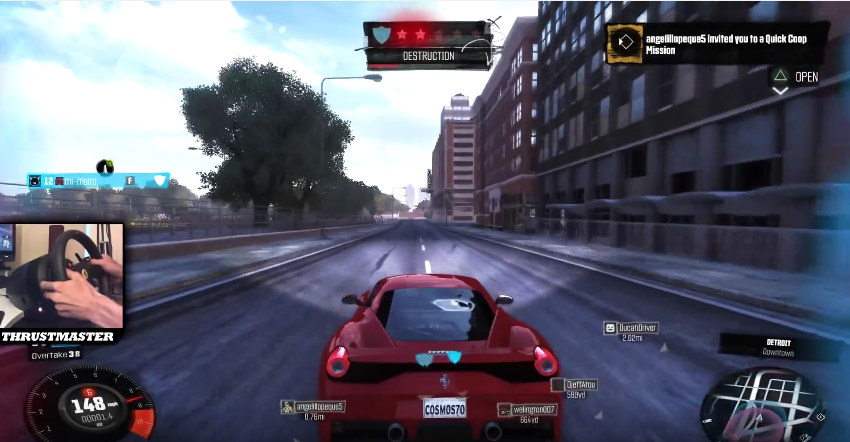 Screenshot from this video.

18
What is the name of this tower defense game?
7
Identify this game with darklings
2
From what game does the following music come from?
2
Is this an official game or a mod of the FM-Towns Japanese release?
6
What game is this sound file from?
4
What is this old arcade third-person shooter similar to Contra?
22
What game is being represented from 2006 in this 'Evolution of Videogames' video?
16
What FPS game does this screenshot (of a Skorpion SMG) from the Dxtory features page belong to?
10
What Sonic game was this clip taken from?
2
What is title of this retro game with catchy fast techno-dance theme song?