Are there any non-cosmetic penalties for damaging the Regalia?

Does damaging the Regalia to a certain point have any other penalties aside from cosmetic appearance (i.e., it won't run and you'll need to tow it, like when you run out of gas)?

Apparently, physical damage to the Regalia will not hinder your ability to drive it. From here:

Final Fantasy XV‘s been designed so that other cars actively avoid the player. While you can crash into them, the Regalia won’t break after sustaining a lot of damage – only visible aspects such as a broken windshield or body damage will be available, though they have no bearing on the car’s actual performance. Final Fantasy XV isn’t an action game like Grand Theft Auto so the car must remain functional at all times.

While the vanilla Regalia cannot be damaged beyond repair, it's worth noting that if you fail to land the Regalia Type-F properly, the game will end, as the car will crash and all passengers will (presumably) die. This is explained to you before you take off for the first time, though.

In most cases, @Vemonus's answer is correct for the Regalia not completely breaking down and require towing when enough damage has been applied.

However in rare cases, having a rough landing with the Regalia Type F will cause enough damage to turn on a warning icon while having a max speed of 30MPH. 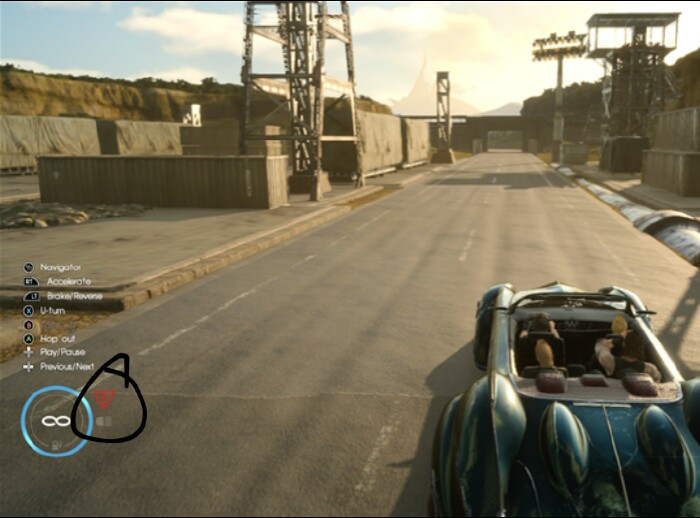 2
What triggers a Game Over screen?