In which order should the branches of the Zelda timeline be played? [closed]

Want to improve this question? Update the question so it can be answered with facts and citations by editing this post.

Since the release of Hyrule Historia, the Zelda series has an official timeline (later updated). 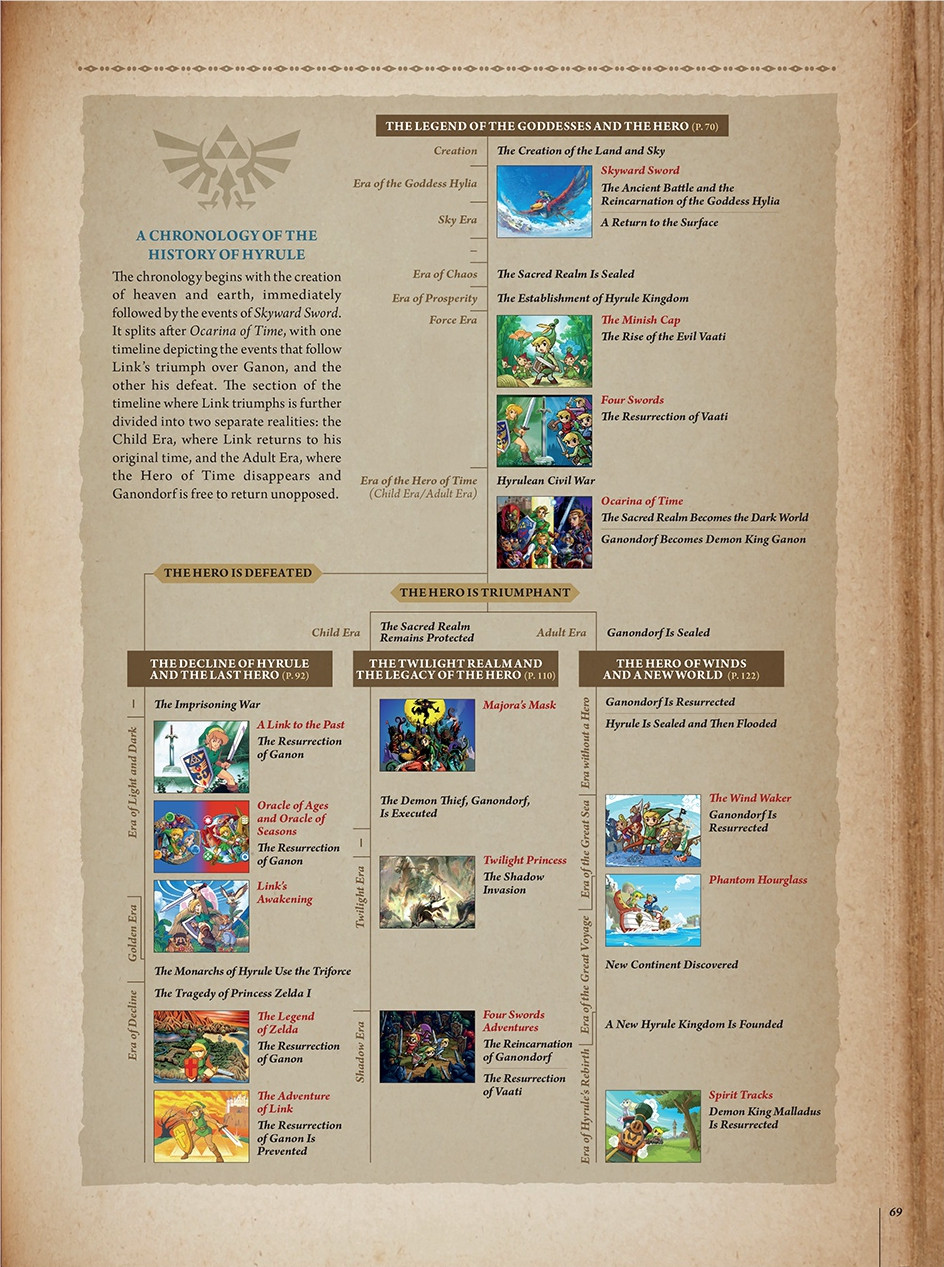 Given that a player would like to play through the games in this chronological order, which order should the branches be played? I originally figured left to right would be natural, but was reminded that the timeline page was originally published in Japanese, in which it would be read right to left. Are there any strong arguments for one of these orders, or any particular order at all?

Majora's Mask is considered by many to be a direct sequel of Ocarina of Time, taking place very shortly after the events In Ocarina. A Link to the Past and The Wind Waker both take place an indeterminate amount of time after (perhaps thousands of years), so there's no clear connection (A Link to the Past came out before Ocarina anyway).

I'd play them in chronological release order. It's all a matter of preference in the end, as there is no right or wrong order to play them, and certainly no intended order.

Zelda games timelines seem to be an afterthought, and are in no way central to the individual lore of each game.

The only games in the series which act as direct sequels are Phantom Hourglass, which picks up right after Wind Waker, and Majora's Mask which takes places shortly after Ocarina of Time. Outside of those games, though, the games are barely connected at all, so there's no reason to concern yourself with play order. Frankly, even with those games, you wouldn't miss out on much by playing them out of order.

12
Which hand does Link have the triforce on?
9
Which Zelda and Link are featured in the Super Smash Bros. series?
25
Is this line from Zelda 2 the only time Link's thoughts are verbalized?
20
Which Zelda game do these screenshots belong to?
32
Which Legend of Zelda game does this Link with the white cap belong to?
27
Where does Breath of the Wild take place in the Zelda Timeline