Why am I wielding shoes instead of a bow?

I haven't played Diablo in about 2 days, but when I switched it on just now, I noticed that my demon hunter is holding a pair of shoes instead of a bow in her hand! What should i do? I added a picture here as well 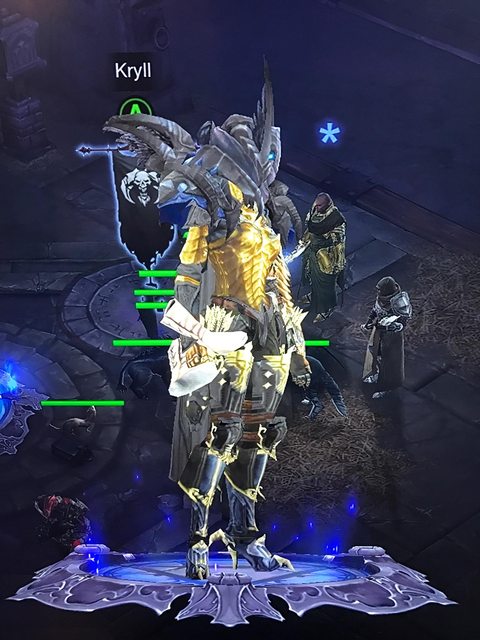 My bow is called Odyssey's End, its an ancient legendary bow.. i have 3 sockets in it. I think that its a glitch too – Victoria

While I do not have proof I belive you are using a hacked item, this may or may not be intentional, your comment supports this as weapons may only have 0-1 sockets.

You have 2 paths to take at this point continue playing with the item (and risk being banned) or salvage/discard the item(s) and continue to play as normal.

I will mention that a friend of mine did use hacked items on D3 for the PS4 for several months without any issues (after which he said he got bored of the game and stopped playing, maybe because of a ban or not, it is unclear)

As to why the skin is that of boots, I do not know, hacked items can be anything so it may have been made as a bit of a joke

52
How can I see more detailed information about my skills?
28
Are class-specific weapons better than other weapon?
2
Situations Where Demon Hunter would Be Better with Enchantress/Scoundrel as Follower
4
Will increasing difficulty always be an issue when using bows?
5
When would I use Arcane Strike instead of Disintegration Wave?
6
How to defeat Diablo as a Demon Hunter?
10
Where can I find "Ascended" items for level 70 legendary crafting?
0
Animations and cutscenes not showing in Diablo 3
3
Where can I learn the jargon of the Diablo 3 community?