I was hoping someone could shed some light on this for me. I only recently acquired the GOTY edition of Borderlands 2. In the Hammerlock DLC, sometimes I'll stumble upon a switch on the ground that when activated, creates an impenetrable barrier like the Angelic Guard loader does. You then have to smash the switch to make the barrier go away. I think I also saw progress toward a certain badass challenge or something, but I was too busy fighting the natives to really pay attention.

So what's the deal with them? Are they part of some unmarked quest?

UPDATE: in the below screenshot, you can see a red dot on the ground (to the left). That's the switch I'm referring to. 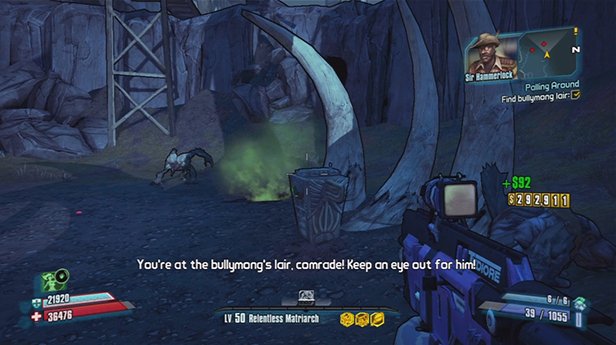 This is a challenge called "It's a Trap! Kind of."

Professor Nakayama has spread five animal traps around Hunter's Grotto and it's your job to activate them then destroy them, supposedly with a melee attack although I'm sure I shot them. 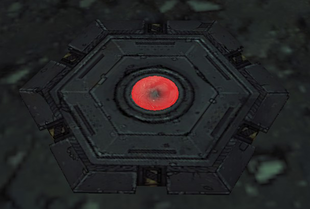 The traps can be found here:

1. Just after entering the west side of the map the trap is on the ground near where some boroks are fought.
2. In the middle of the map, about halfway between a catch-a-boat station and the lodge. The trap is on the ground by a totem pole.
3. In the cave area leading up to the lodge. The trap is near the save point. South of the lodge is a tunnel with a gate over it.
4. Through the tunnel up the elevator, then through the stone courtyard with the dump trucks, and the trap is under some trees.
5. In the southeast part of the map there is a catch-a-boat station. Immediately southwest of the station is a row of jagged bones across a path preventing a boat from driving (west) up a hill. About halfway up this hill is the trap.

All information taken from the Borderlands Wiki.

4
Can I play Sir Hammerlock's Big Game Hunt without the 'Bee nerf' update?