Is there any way to make scoreboard objectives Universal?

So I am making an adventure map and I made a money system that is a little bit glitchy. Basically, it works like this:

So first I would like to point out my scoreboard objectives:

And I have one repeating command block (Always Active) with the following command:

And I have two comparators wired out of the repeating command block as so: 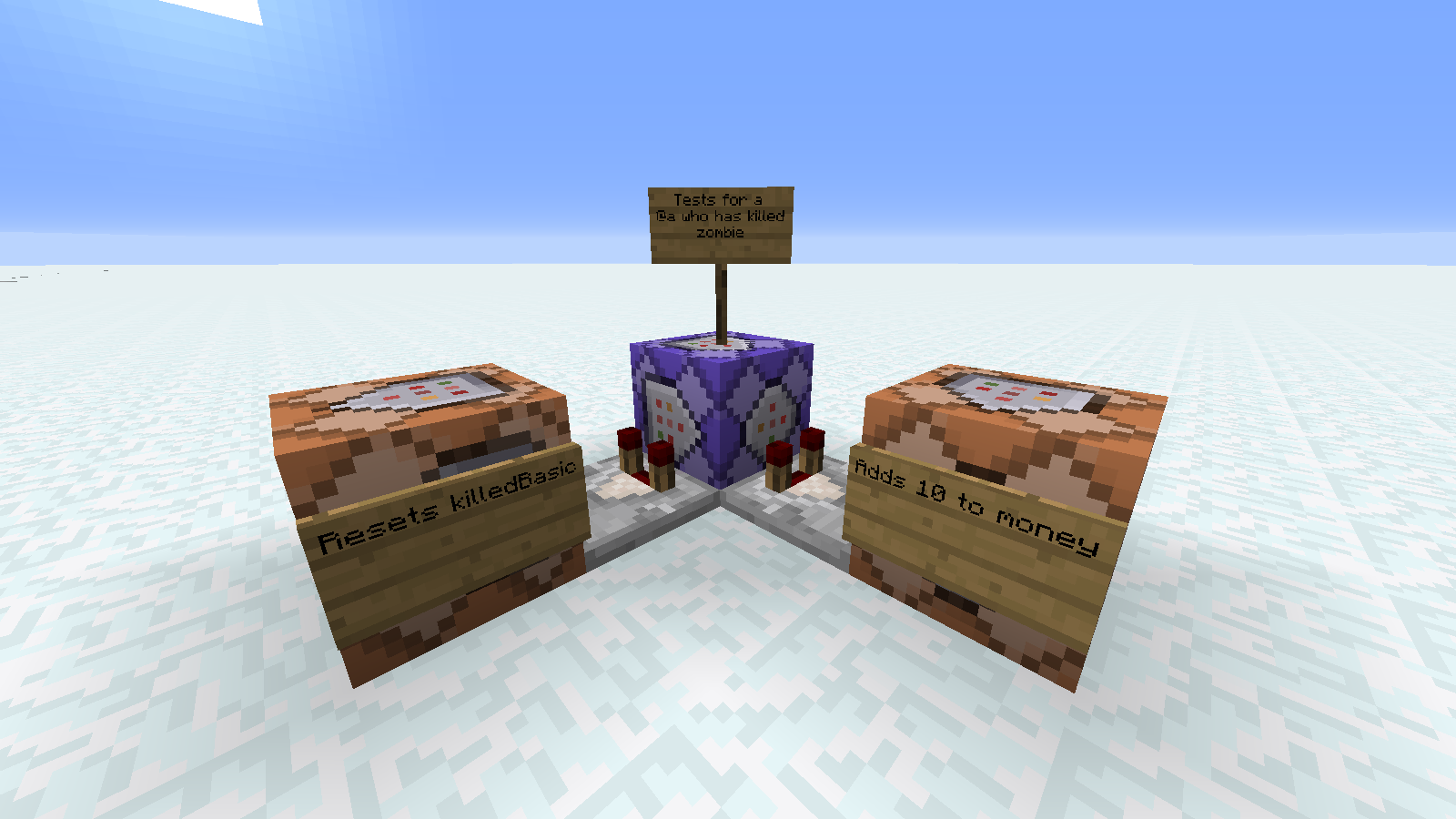 The "Resets killedBasic" command block has this command:

And the "Adds 10 to money" command block has the following command:

The system itself works fine but I noticed that if say there were two players on the adventure map then if one killed a Zombie they would both get 10 "money" which looked messy.

You don't have to use a selector for a playerscore. You can use any name you want, even if it's not a valid player's name. For instance, the following sets the score of a fake player named "pool":

Do keep in mind that if a player named "pool" joins, they will essentially "own" that score. You'd want to be careful when manipulating the scores in case their existence causes a conflict (such as running /scoreboard players add @a money 10). If you prepend the name with "#" (such as "#pool"), the name will not appear on the sidebar and also prevents naming conflicts because real players cannot have the "#" character in their name.

As for your mechanism, you'll want to use Chain command blocks, which directly specifies activation order, instead of comparators, which does not have a guaranteed activation order and causes delay. The delay can cause the mechanism to lock up if a player kills a zombie before the comparator turns off.

/testfor is not particularly useful, especially in multiplayer situations. You can replace it with a scoreboard operation that would account for multiple kills in the same tick, rather than assuming there is only 1 kill amongst all players.

Image example of the mechanism: 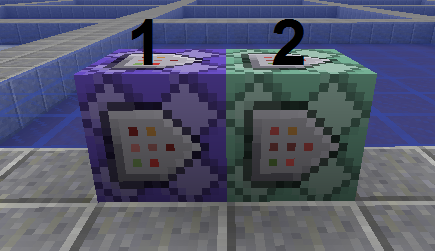 This is a multiplayer-friendly and multi-kill friendly solution that will not lock up if multiple kills are made in subsequent ticks.

3
Minecraft 'testfor' dummy objective not working
6
Summoning enderpearls on arrows with custom name shot by a player
4
How to test for a player boosting with a firework while flying with elytra
0
Minecraft map help 1.12
0
How to make a score be recorded as team?
0
My arrows aren't being executed at by a looping function/command block
6
How to execute a command when ALL of the players are close enough
4
Why is my /playsound command not playing even though I am in range of the target selector?