Are the Pokémon that require special evolution items catchable?

As we see in this Question/Answer, Pokémon Go now contains special items that are used to evolve certain Pokémon in Generation II.

Are these Generation II Pokémon catchable in the wild, or are they only obtainable through evolving since they require a special items?

According to data compiled in this reporting, it does not look like second generation evolutions that require an evolutionary item are available in the wild.

Gen2s that require items in evolution are not available in wild, this incluidng those from Gen1 including Porygon2, Bellossom, Slowking, Steelix, Kingdra, Scizor, Politoed, as well as Sunflora from Gen2. Despite people have shown screenshot, I have not read evidence that these were caught in wild (unless there is a bug in multiple trackers). Blissey and Crobat are availabe in wild, because their evolutions do not require stone. We have not seen Umbreon and Espeon in wild in San Diego. We have data for 10523 rare spawns and these were not observed. So I can say for sure this is the case!

This thread has amassed data over a 24 hour period in Lisbon, Portugal and recorded 0 item evolution spawns, which supports that they are not available in the wild.

To start with something we are almost certain of, there are no spawns of Heracross or Corsola. Also no Porygon 2, Espeon, Umbreon or any other Pokemon that uses item to evolve have not been found, which helps proves that they dont spawn in wild.

Another thread that has compiled data that was taken over roughly a week says that exactly 0 Porygon2, Sunflora, Steelix, Scizor, Slowking, Kingdra, Politoed, Bellossom, Umbreon, or Espeon have spawned in that timeframe.

Since Crobat and Blissey do not require evolutionary items to evolve, however, these appear to be catchable.

It does not seem like Umbreon or Espeon have been seen in the wild, though. This may be due to the friendship requirement to evolve them (aside from the one-time naming trick).

While I have not caught any, I would say they are catchable based on the GAME MASTER file showing base capture rates for each of those listed.

Since the release of evolution items, Porygon's community day (09/20/2020) has been the first known instance where you could catch a Pokemon that required an item in order to evolve.

While not spawned normally in the wild, Porygon2 and Porygon-Z were some of the catchable rewards for the Decoding Porygon special research. 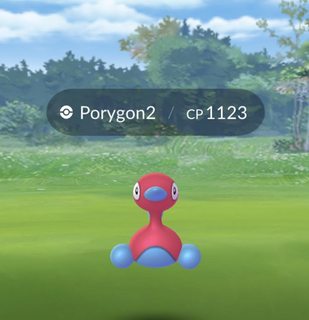 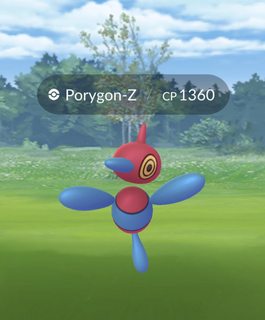 23
How do I get evolution items like King's Rock?

41
I've got an "XS" Pokémon. Is it special?
27
Are all 151 pokémon catchable on the same account?
30
What are the regional Pokémon?
22
Are there Pokémon that can only be hatched from eggs?
23
How do I get evolution items like King's Rock?
4
Which Pokémon have a further evolution that isn't yet available?
5
Special Evolution items