How to reopen the new minecraft launcher?

So I've been using the new Minecraft launcher since I received it without really caring about the difference, but recently when I open the shortcut on my taskbar it tries to confirm if I want to exit the launcher or reset my config due to me using a newer launcher: 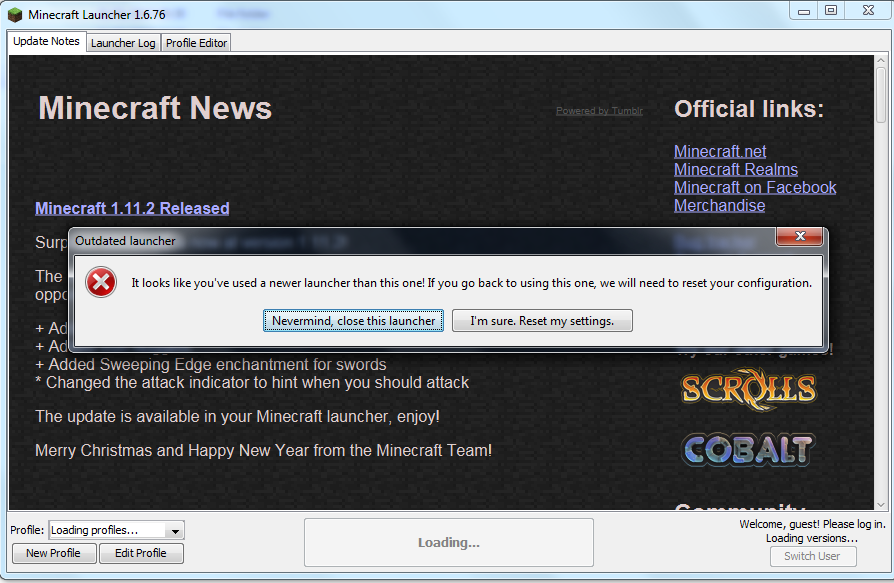 So I wouldn't really mind using the old launcher again but the thing that I'm worried about is resetting my settings/configuration. Does this mean my profiles on the launcher? Or might it actually mean my Minecraft worlds? Also, will it delete my versions as well?

The path that the shortcut gives me is:

I would prefer to be able to return to the old version but don't mind the new launcher.

This seems to have fixed itself. I will leave the question open though, in case there's an answer and someone needs it.

Resetting your config shouldn't reset your saves but it might end up deleting any profile configurations you have set up. Versions should stay also.

2
Is it possible to run the new Minecraft launcher v1.6.1 in the browser?
4
Is there a way to make sure I can only open a world with a specific profile?
17
Is there a way to find which version a Minecraft world was created in?
3
Is it safe to download the "Java free" version of Minecraft?
4
How does a Launcher which doesn't use Java make Minecraft run faster?
7
Minecraft gives 'Unable to update the Minecraft Native Launcher' when updating to v1.9
1
New Minecraft Launcher parameters and portability