Can I get another Flameblade or repair the one I've got?

After some random side-quest, I found the Flameblade. Best weapon I'd seen by far and looks super cool. Not wanting to break it, I've avoided using it in hopes that I would eventually find someone that can repair damaged weapons. My hopes of finding someone like that are rapidly diminishing.

So, is there a way to keep my Flameblade (and other fancy weapons like it) from breaking? If not, can I go back to the place I found it and get another one? If so, when would it respawn?

Doesn't look like you're getting a solid response on how to get these weapons again. This video shows where the Flameblade and the Great Flameblade respawns.

To summarise, you go to an area called Eldin Great Skeleton. You will find this northwest of the Death Mountain, and right above Eldin Mountains. A group of tough enemies there have these weapons and they respawn after a blood moon --- so you can get an infinite amount of these, provided you can defeat them. 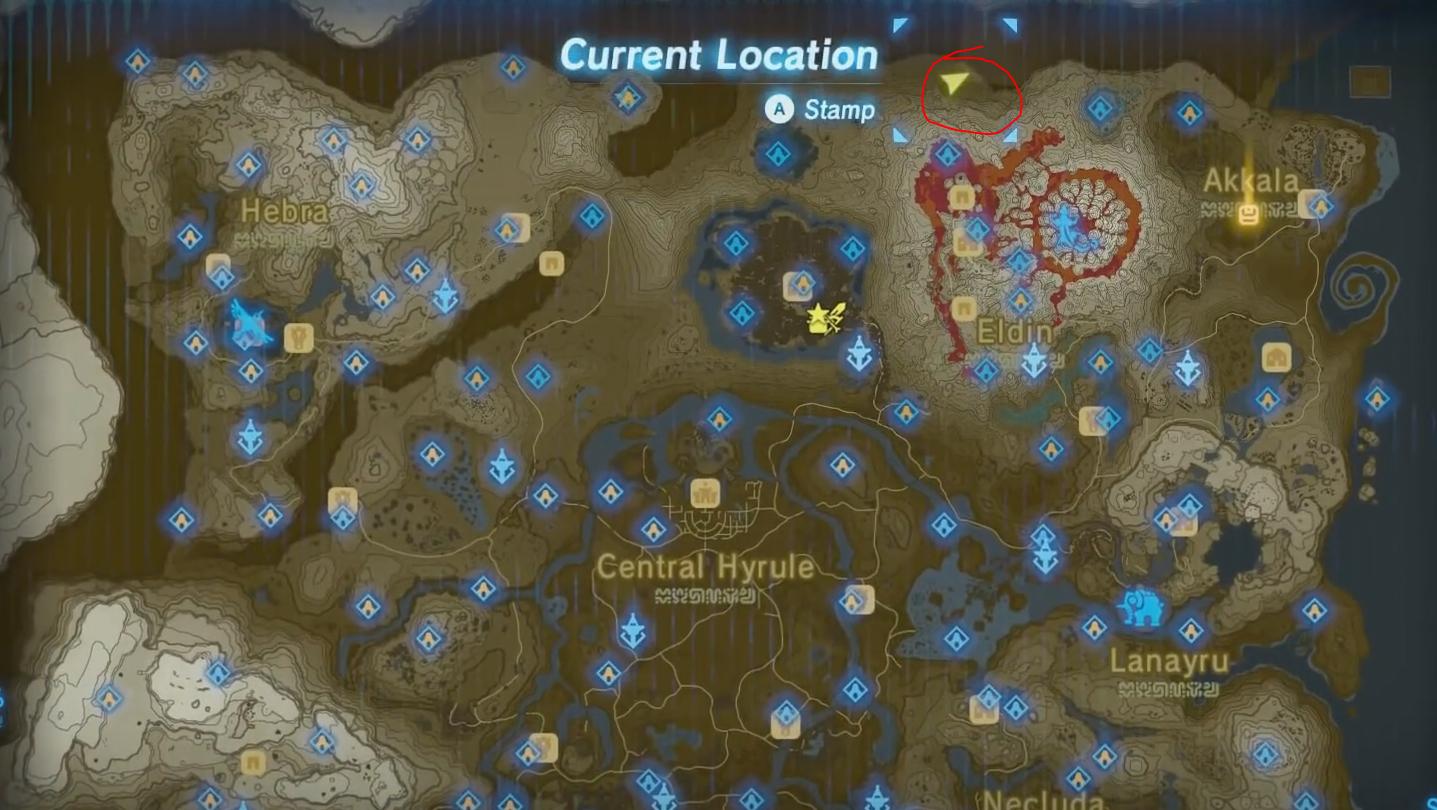 Various sources are saying that there isn't a way to repair weapons. Part of the games strategy is to rotate out weapons so you can make them last longer.

Unfortunately, switching weapons constantly is part of the challenge and strategy of The Legend of Zelda: Breath of the Wild. Because of this, you can’t repair weapons so they will all explode eventually

However, there appears to be one way to repair items, though I believe this is not a legit way and likely will be patched as it sounds more like an exploit. Nonetheless, one user on GameFAQS discovered that Octorok enemies can suck up items and after being killed, will drop them again fully repaired:

There is a way to repair them.

The octorok enemies that suck in air before they shoot can also suck in items. If they suck in your weapons and you kill them they will drop your weapons back with full durability.

Someone also stated on that thread that doing this cleans the rust of weapons as well. 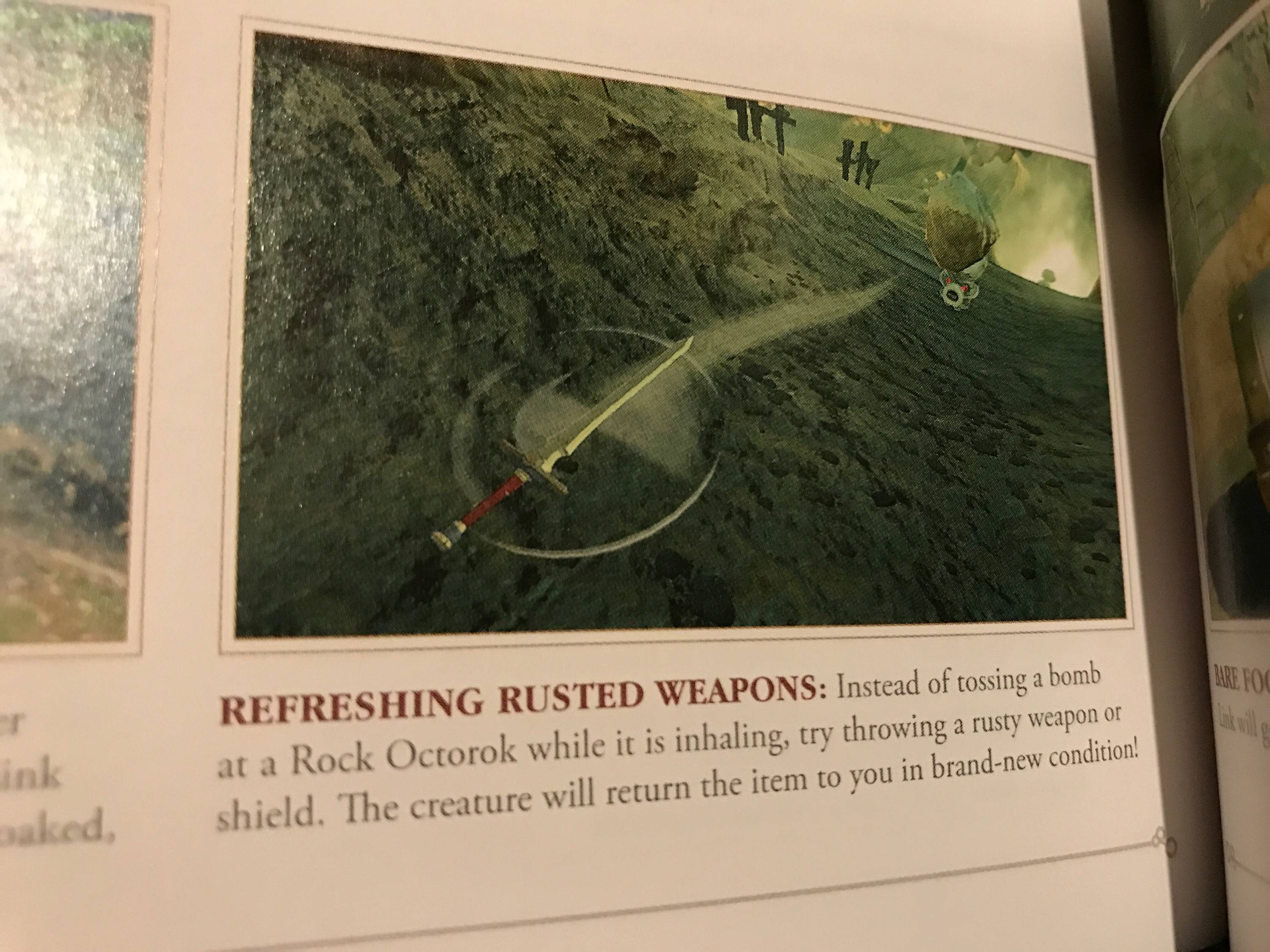 A great way to repair any tool, including rusted ones, is to throw it at a Rock Octorok when it's sucking in air. It will spit it back out at you fresh and clean. It's official and in the guide, so it's not exploiting or cheating. The Flameblade is a personal favorite weapon of mine too. ^_^

I don't have a concrete location, but you can certainly get another Flameblade. Several mechanics in the game can facilitate this:

Many of the answers on this page are kind of a roundabout way to find those. The most reliable place I've found for elemental weapons is described in my answer here on another question. There is a map in that answer. You can find electric, ice, and fire weapons in the form of spears, swords, and great swords in the Coliseum just north-west of the Great Plateau.

The Octorok repair method is not a bug, it is stated in the guide as an official way to repair a weapon or turn a rusty weapon into a new one.

-Treasure Chest in Voo Lota Shrine in the Tabantha Region

-Treasure Chest in Korsh O'hu Shrine in the Wasteland Region

-Treasure Chest in Tutsuwa Nima Shrine in the Akkala Region

All of the shrines above have a flamelade as a reward but don't respawn. A good respawn place is in this video.

Also, I'm not sure how reliable this really is because I just did it, if you drop the damaged weapon and then go into an inn, when you wake up it should be undamaged. That is probably just a bug but it worked for me!

There is one way to keep a weapon in the game, but it is expensive, but worth it if you like how a weapon looks. This also comes with some perks. First, go to Hateno village and start the 'hylian homeowner' side quest. You can start by travelling southwest of the myahm agana shrine and crossing the bridge. Go around the back of the house and talk to Bolson. After agreeing, gather 30 bundles of wood from the midla woods and get 3000 rupees from somewhere. Talk to bolson again and he will let you have the house, with a weapon display inside. Equp the flameblade and press A next to the weapon display. Sure, you cant use it, but you can look at it and be assured it wont break.

But thats stupid, just keep using them and get them back from the eldin great skeleton

4
Where can frostblades respawn?
3
What equipment is unique?

14
How can I get chests out of the water?
5
What is the max stack I can get of an item?
3
Can saved games be transferred from one profile to another on the Wii U?
7
How can I keep the Lord of the Mountain as a mount?
11
Can you get the Master Sword with yellow hearts?
2
On eventide, what can you do if you send one of the balls out of the play area?
1
Where can I get guardian shields?
6
Can you get more than one buff by eating multiple cooked dishes?
15
Where can I get durable bows?
18
How can I get more ancient arrows?