I've built the automatic brewing station from this tutorial. I've been through it three times to make sure I have everything as per the video, but things aren't quite working.

The full water bottles make it to the hopper than is pointing towards the brewing stand but for some reason they won't load into the brewing stand. I have a feeling it's something 'locking' the brewing stand (like you can lock hoppers), but that's just a guess. Here's a screen cap of the offending hopper; 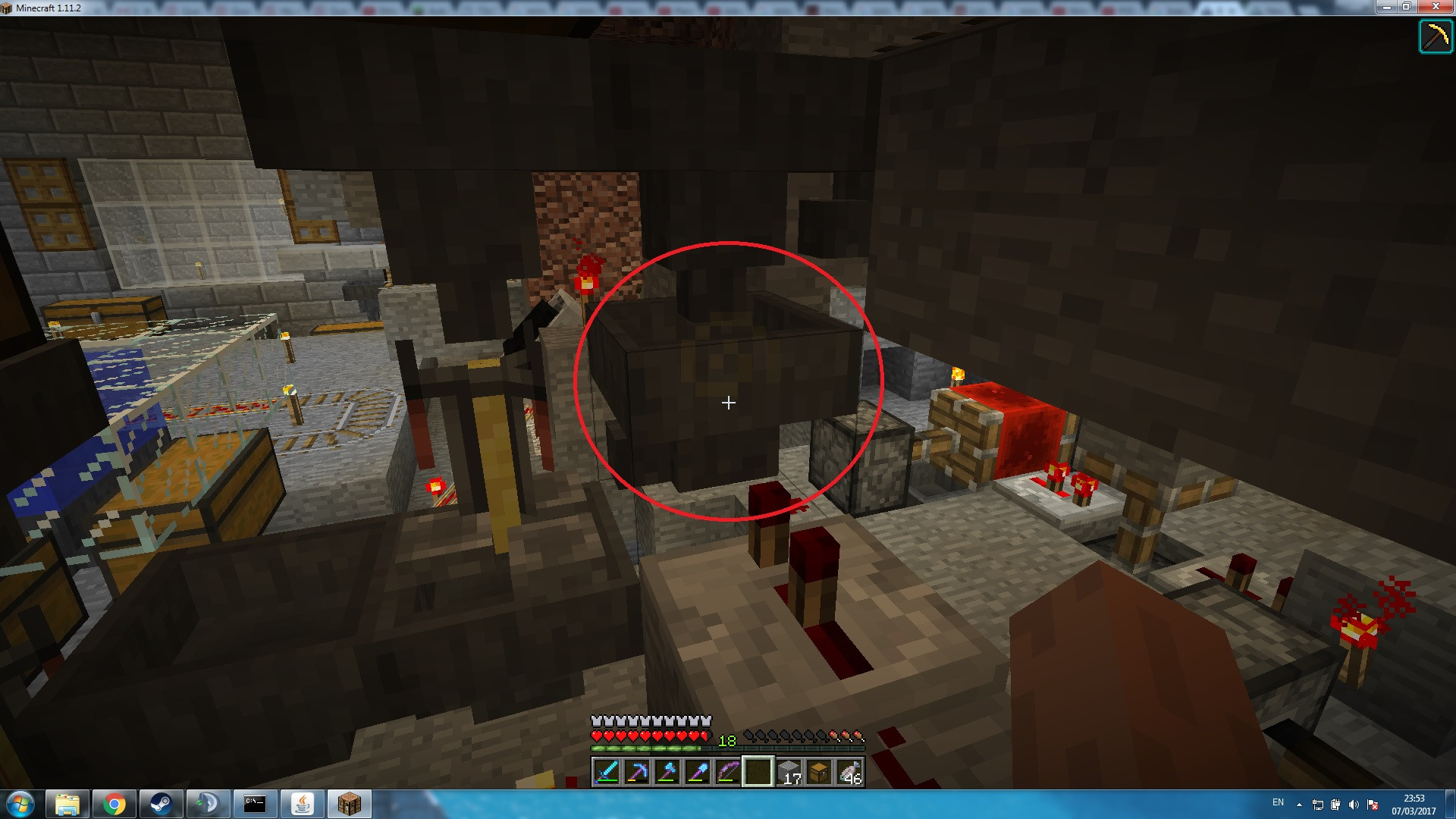 The hopper is meant to be locked while the stand empties of the previous batch, but for some reason it never refills.

I do believe that the water bottle should be inserted from the top, as I do think that only the blaze powder can be added from the side (that was added before 1.11) hopefully this helps...

4
Tips for brewing stations in the Nether
3
IC2 brewing recipes?
0
All items not removed from brewing stand in automated brewing system
3
How do I determine which hopper the user clicked in Minecraft with command blocks?
1
Why is Enderman not attacking while in water?
1
Water not flowing on automatic wheat farm?
4
Reduce Minecraft Redstone lag
0
Hoppers directed into chests - What happens when the chest is full?
0
Water dispenser not working properly