What is weapon spread as it relates to Team Fortress 2?

"Weapon Spread" seems to be a term used ofter in regards to "vanilla" servers in Team Fortress 2. What does this term mean, and how does it relate to server settings and gameplay?

Weapon Spread refers to the random pattern of "spread out" that pellet weapons in TF2 have when fired. As distance increases, each pellet that was fired spreads out.

Some pellet weapons in TF2 include (this is not a full list, more weapons are being added to TF2 pretty quickly recently):

Some servers use a "fixed weapon spread", which means that the pellets still spread out, but do so in a nonrandom fashion, so that each shot is the same.

This is the fixed weapon pattern most commonly used: 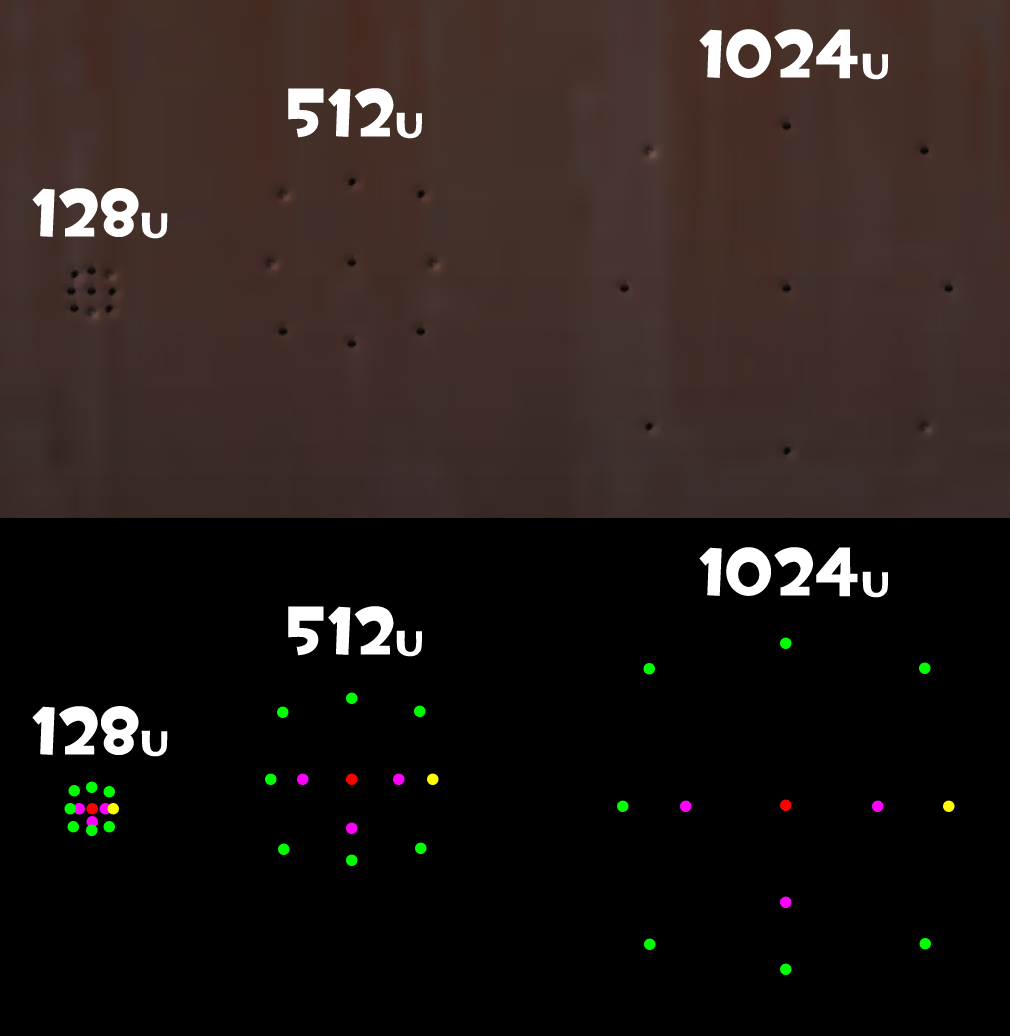 This is controlled by the server setting: tf_use_fixed_weaponspreads 1. Some servers like to use this setting because they feel it removes more luck from the competition and makes the outcome of battles more based on skill.

However, one side effect of making this change is that due to the increased accuracy and reliability, pellet weapons become more powerful than they are normally.

Note that server setting does not have an impact on any other weapons than those listed above.

Some other weapons may appear to have weapon spread, but they in fact do not. They do however have inaccurate firing, and/or recoil that effects how straight a shot will go. In terms of TF2, weapon spread only refers to the situation where multiple projectiles are fired from a single shot, and spread out from each other as they travel.

"Weapon Spread" is how the shot from the weapon spreads out as it travels.

Basically you can think of it as a cone with it's apex at the muzzle of the gun and base at the extreme range of the weapon.

This means that if you are closer to your target your shot will deal more damage as more of the projectiles will hit. It also means you don't have to be as accurate with your shots as a slightly off target shot will still deal some damage.

Not the answer you're looking for? Browse other questions tagged team-fortress-2 terminology or ask your own question.

27
Does crouching improve accuracy with most ranged weapons?
10
How does 'bloom' work?
5
What is damage spread as it relates to Team Fortress 2?