Minecraft Crashing Before / During Start up (HELP)

I've seen a bunch of people saying this but none of the solutions have worked. I'm running Windows 10, I had Java Runtime 8 (121), uninstalled it over 6 times, rebooted each time and reinstalled. I even went back an update for Java. My game still crashes. It doesn't even pop up the game, it just crashes before it even opens.

Here's the crash log that I get on the new launcher 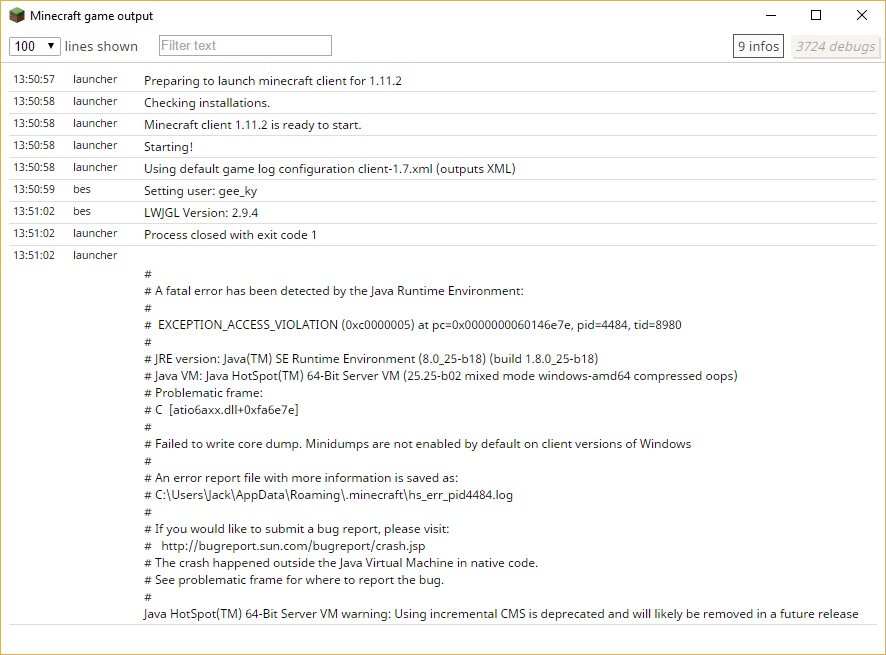 And here's the one I get on the older launcher: 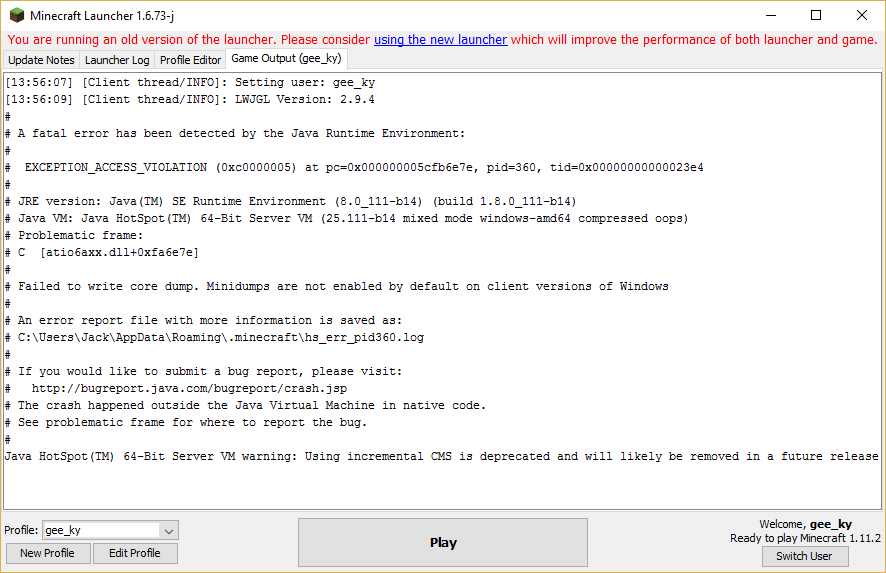 For anyone wondering, my PC runs every other game I own perfectly (including Doom and Alien Isolation) so it doesn't seem to be anything wrong with my computer's capabilities.

The two important parts of your crash log are:

This is a known issue (though it's not a bug in Minecraft). The file atio6axx.dll is what Minecraft uses to talk to AMD/Radeon brands of video cards, and when it causes an EXCEPTION_ACCESS_VIOLATION (0xc0000005) it means that there is a problem with those graphics drivers.

Not the answer you're looking for? Browse other questions tagged minecraft-java-edition technical-issues .