What does this option at the end of NieR: Automata actually do?

in NieR: Automata's last main ending, you get two options. One of these is

to simply display a message made out of per-selected phrases to display to other players going through the same mini-game,

But after that question, you're given a heftier question. Your pod asks if

you would like to "save" another, random, player. In order to do this though, you must have all of your save data erased. As I'm not yet done getting achievements or side endings,

I said no, leaving me curious as to what he meant. What exactly would have happened

to this randomly selected player

Would I get any indication of anything that happened as well, or would the pod have just said 'affirmative', erased my data, and send me back to the title screen?

Since the ending sequence is nigh impossible without accepting help (this is clearly intentional, as the entire point is that you can't take on enormous tasks alone), you accepted it, right? Every person that assisted you was actually someone who chose to erase all of their save data for this purpose. Had you chose to delete your save, someone out there who needed help on the ending sequence would have gotten assistance from you.

I originally declined in order to 100% the game, but as soon as I had done so, I went back and redid this sequence so that I, too,

could erase all save data in order to assist someone else.

If you choose yes, you will actually be prompted for confirmation about 7 or 8 times before it actually happens.

During the sequence directly following, it will show all of your data being deleted, one item at a time (though many are skipped over so this doesn't take an eternity). The very last part shows all of your save slots being erased. This means you cannot simply copy your save data to a second save data slot. All three are erased entirely. The only record of you having played the game and made this choice is that you will get an alternate background for the title screen. It looks like this: 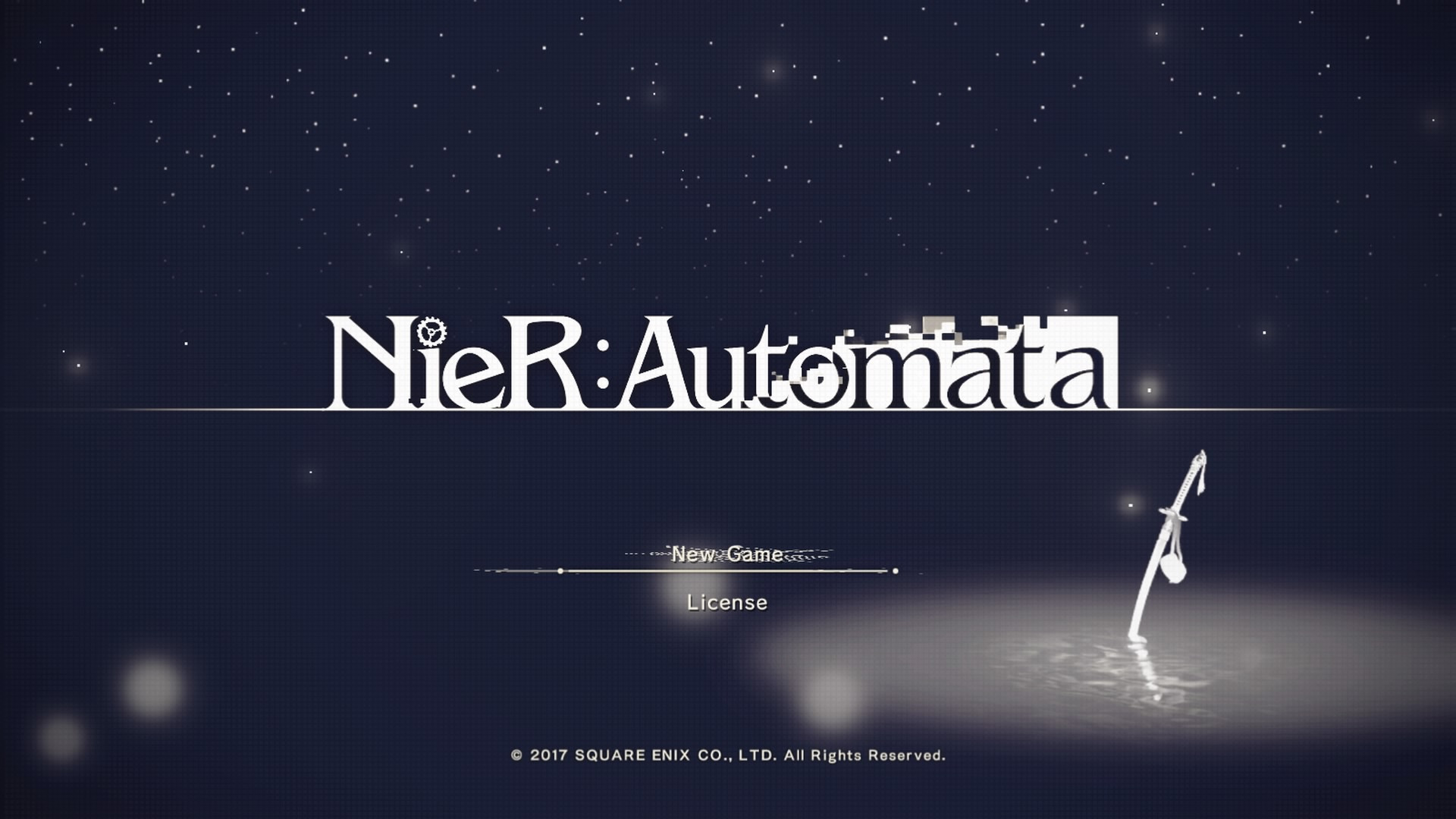 The usual claim is (quoting the earlier answer) that

Every person that assisted you was actually someone who chose to erase all of their save data for this purpose.

The idea seems to be that there is, in effect, a counter stored on a Square Enix/Platinum server that increments every time someone

sacrifices their save files to help someone

and decrements every time someone

and when it reaches zero the second action becomes impossible.

The incrementing action also has a local effect on your machine – see the last spoiler box of the earlier answer if you want to know that effect.

Not the answer you're looking for? Browse other questions tagged nier-automata .

7
In NieR: Automata ending E, can you make a different choice on a subsequent playthrough?

1
How do I redeem NieR: Automata without a cd drive
6
Is the tank always friendly?
4
What is this trophy room for?
7
Any missable trophies in NieR: Automata?
7
In NieR: Automata ending E, can you make a different choice on a subsequent playthrough?
1
Do bonuses on one weapon affect other weapons in Nier Automata?
3
Can the save files from the Steam version of Nier Automata be used in the Microsoft Store version?
2
When to experience NieR: Automata for the first time after playing NieR: Replicant?
1
How can I quickly heal in Nier: Automata?