Why can a substitute appear in a gym?

I have seen many users linking screenshots of their map where a strange gigantic substitute was just standing there, above a gym, such as on this one or this one.

As a substitute is not a Pokemon, it can't be captured, so there is no apparent reason why one would be present in a gym. Does anyone have any information about this? Is it maybe to replace the Pokemon of a banned player or such? 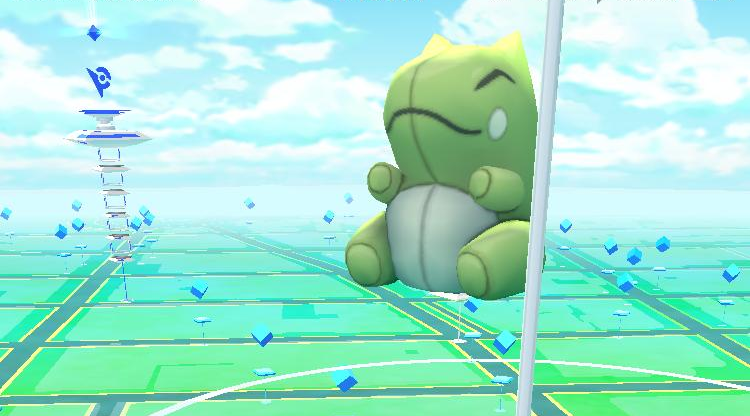 From researching around, it seems to be the default model used for when the game fails to load the Pokemon on top of a gym. One (short) GameFAQ mentions:

It's a glitch, seems to be model (it's in the game files just not used) that appears when the actual Pokemon fails to load for whatever reason.

It seems to be a catch-all for display glitches.

Another site seems to believe its a glitch related issue, and claims the fix is to clear the cache data and force close the game to resolve it. One more site again mentions this:

The final bug being reported is that Pokémon models aren't populating correctly over gyms and are instead being replaced with a "substitute doll." No one's really sure why this is happening as of yet, but if it's happening in your game you'll probably notice. The easiest way to fix it is to clear either your app's data cache or the local data in order to force the game to re-fetch the correct models.

It may be just a way for Niantic to represent a glitch in a way that somewhat makes sense (using Substitute to actually substitute for the Pokemon that should be on top of the gym). I will also note that many believe it may have been part of an April Fools event by Niantic but not much seems to be available on that.

I'm thinking someone figured out how to break gyms again (like the 'egg' exploit from last time), and this new behavior is an automated "out of order" indicator for glitched gyms. Or something.

Last I knew banned players were just kicked out of gyms, and their Pokemon along with them.

46
Can someone “steal” my Gym?
7
Can a gym get free without battling?
2
Can a gym be claimed without beating the gym leader?
66
Why is there a 0 CP egg in this gym?
3
Why can't I win gym battles?
7
Why am I receiving repeated captchas (10+ occurrences) after a softban?
10
Why does Ditto appear on my screen?