This is my 4th vault project in FS --the 1st on Android.

I was taking The Cat Burglar quest. Everything seemed okay until the party arriving and I entered the quest mode --the game was into never-ending loading screen. I then forced-quit the game and retried. The next time I entered the game, the party is returning from the quest that I have never been into. 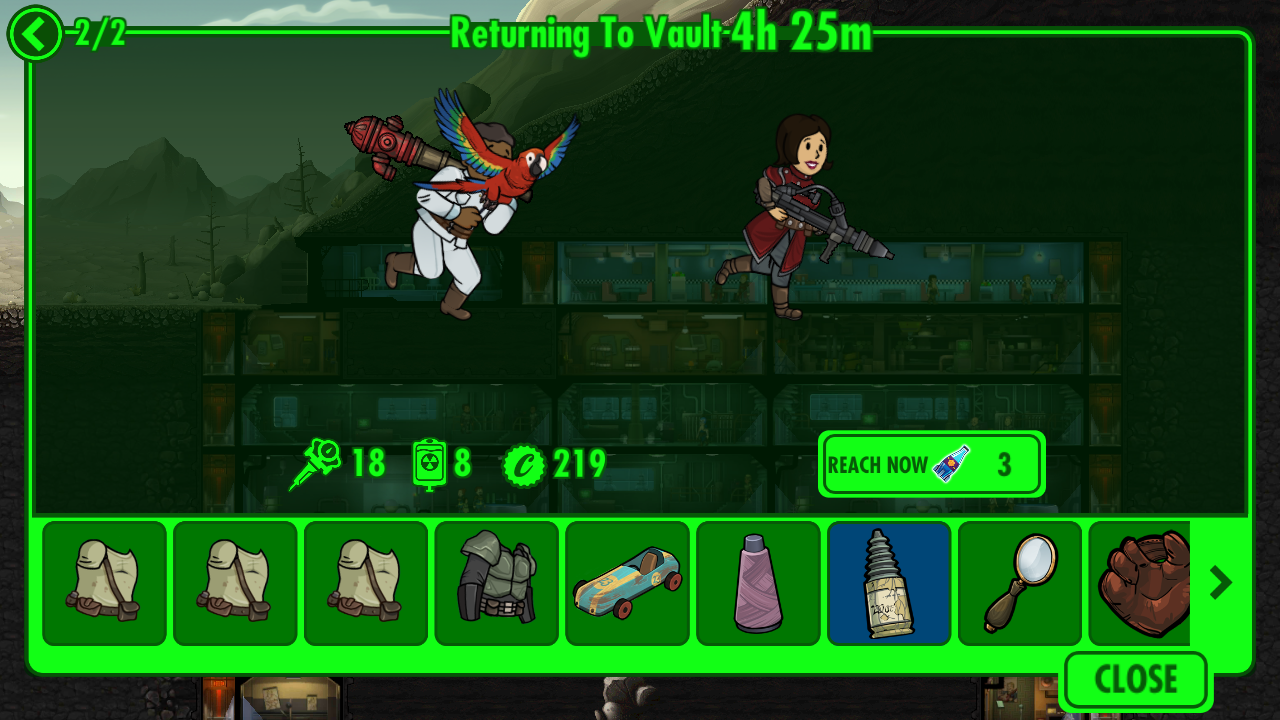 Quest list showing that the party is returning to vault. 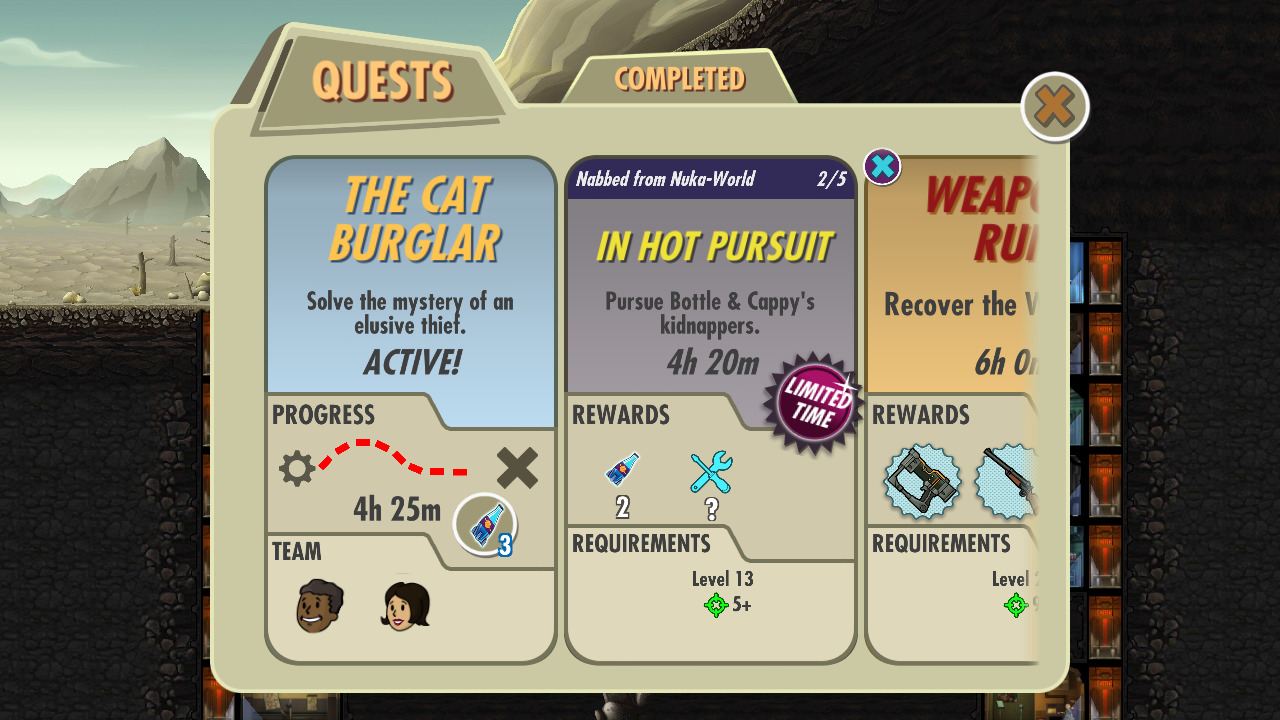 After the party reached back to vault, the quest is no longer there --I suppose it is considered complete, as it should have been still enlisted to retry if it has not. CMIIW on this, though. 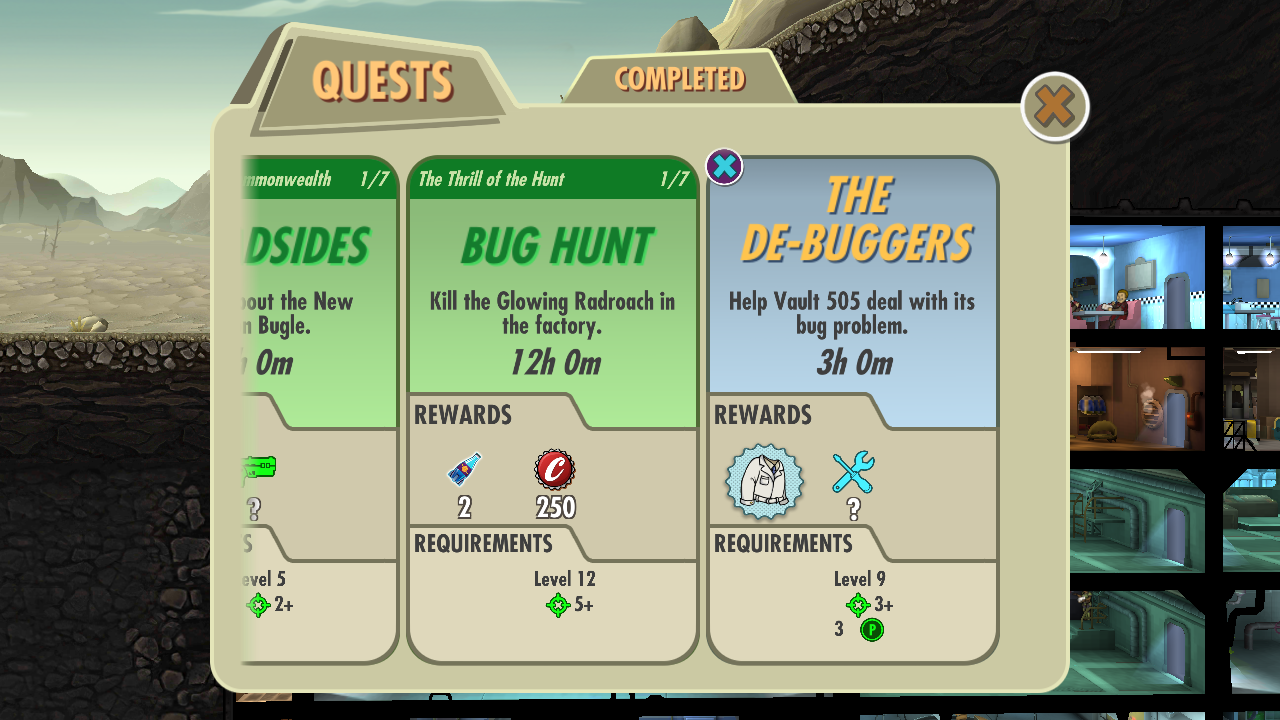 Yet, there is no pet of supposed-to-be-rescued cat in my inventory. 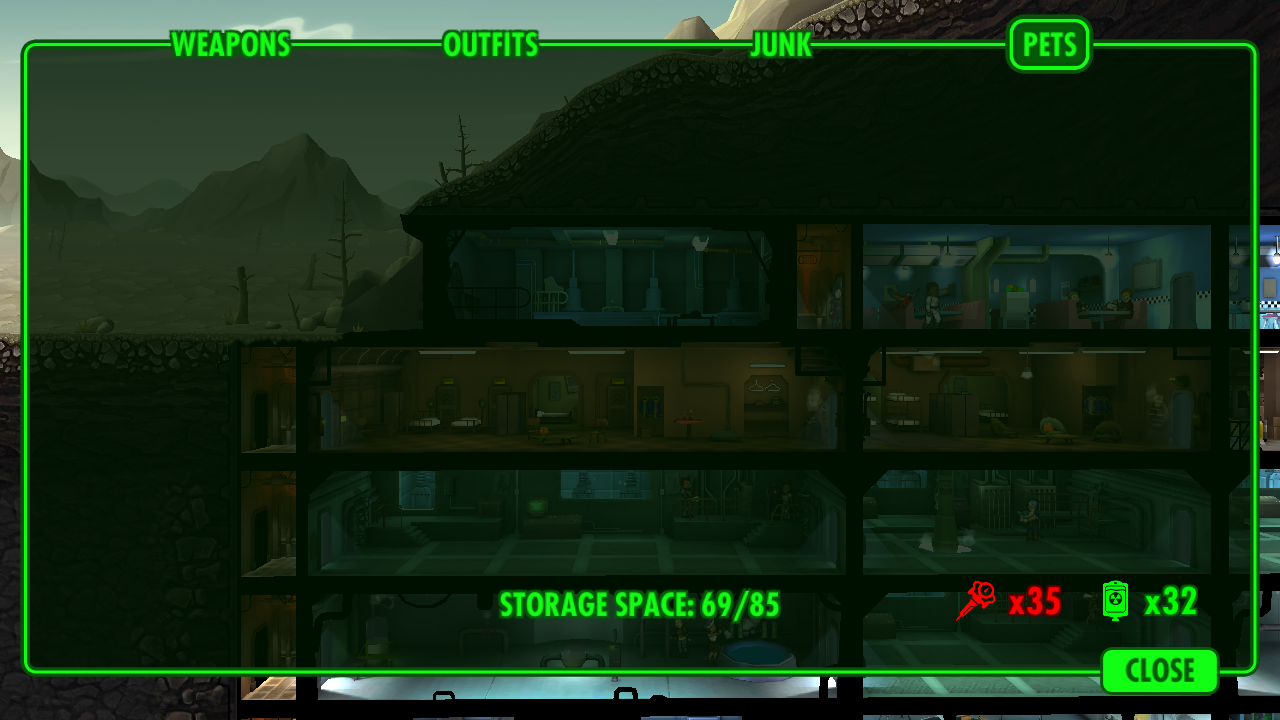 [Update] Yes, @Ben, the quest is completed and the cat is there --yet not in my inventory. 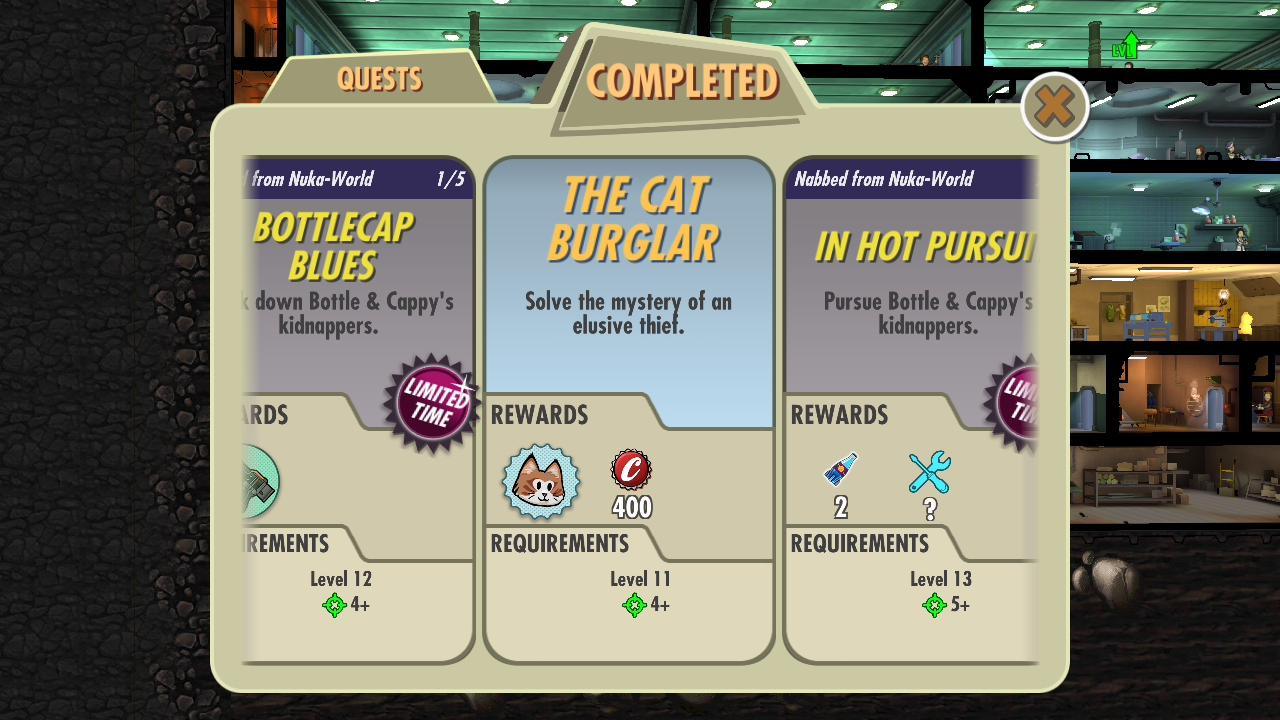 Browse other questions tagged fallout-shelter android or ask your own question.

9
How do I complete the Old Goat quest in Goat MMO Simulator?
4
Will my explorer's happiness level affect his quest?
2
Fallout shelter HUD goes away after i start the first quest
4
Fallout Shelter Quest rooms
4
Quest Combat Strategy
4
What is this item I found on a quest?
3
The Party at the End of the World #6 quest reward
2
When do raiders start attacking your vault?