The games runs at a constant 60FPS which is fine. However, the game screen is split in two, from TopLeft to BottomRight (diagonal split). Each of the side of these lines renders with a few delay, and it leads to a strange behavior and make the game feeling a bit sick. This is especially visible when strafing, there are clearly two parts of the screen.

[Edit] Added a capture from a phone of the issue: 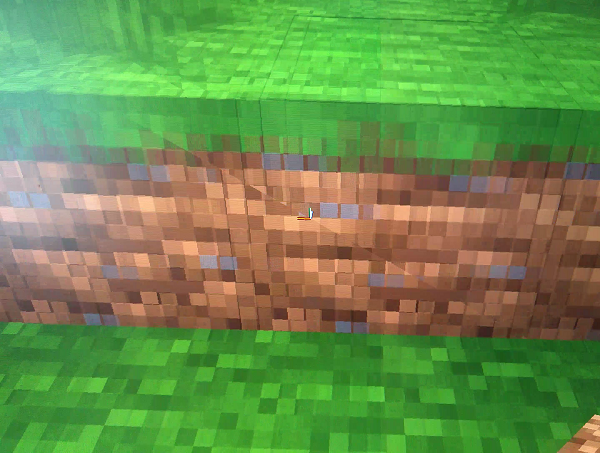 At first I thought it was due to a v-sync issue, but I think v-sync issue are horizontal slit... not diagonal. Anyway, I tried with and without, even forces in the GPU settings.

If I take a screenshot, no glitch.

If I capture a video of playing (using fraps, 60imgs/s), no glitch too in the resulting video.

After some tests, I finally discovered that something forces V-Sync whatever was set in the game. The clue was that the FPS was sticked to 60FPS.

Disabling it both ingame and in video drivers, disabled the option eventually (didn't know what was the exact option I disabled).

The FPS jump to a range between 140 and 200 FPS at max details (using optifine). In this case, the glitch disappears. However, I'm still eager to understand the behavior