Do Xbox One controllers support Xbox 360 games on PC?

I play games on PC using a generic gamepad and x360ce software. I use a generic controller like this one: 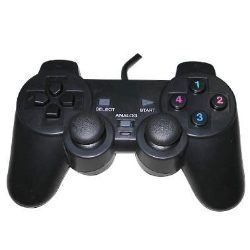 But now I am planning to buy an Xbox controller and I am confused which one to buy? (Xbox 360 or Xbox One).

I want know that if I buy an Xbox One controller will it run fine on old games (like Dead Space, Just Cause 2, etc) which do support Xbox 360 controllers?

On a PC there is no difference in games between Xbox 360 and Xbox One controllers- both work the same.

The only thing you should keep in mind is that an Xbox controller will have "weird" layout or even completely refuse to work in very old games that use DirectInput, rather than XInput, but that won't differ between Xbox360 and Xbox One controllers either.

However, I've tried to go back and play some legacy games with the Xbox One controller (which I knew worked with the Xbox 360 controller). Two of them had some very strange problems with the dead zone of the joystick. Even stranger, on one of the games, the problem was solved using the USB driver version rather than the wireless driver.

Again, this would only happen 1% of the time on the lower-budget indie games. So, if your that concerned, pick a few of your favorites and Google "[game] Xbox one controller problem".

Games that support the Xbox 360 controller use xInput (a library created by Microsoft) to interpret the inputs from the controller into in-game actions.

The Xbox One Controller uses the exact same xInput settings as the 360 controller, so to a game the two controllers are no different.

Yes it does work with xbox one controler.

Not the answer you're looking for? Browse other questions tagged xbox-360 pc controllers xbox-one or ask your own question.