How to remove the key bindings from the conversation options?

Since the update (I think 1.0.5) today (2017-04-06) the conversation wheel is displaying the key for each option.
While that is not too bad in itself, the game uses the German name for the keys so it adds [1 (Zehnertastatur)] for the 1 on the numblock.

How can I get rid of this?
Removing the bindings in the Game settings has not helped to hide them.

Update: As you can see I have the game in English.
However it seems like the name of the key depends on the keyboard layout. When I switch that to English too, it displays [Num 1] which is better, but still not perfect.

I fixed it by turning all bindings to default, and then unbinding the conversation keys after, no numbers, clean wheel.

According to this Reddit thread, if you rebind your keys so the primary keys are the Numpad numbers and the secondary keys are the regular numbers, then change the primary keys back to regular numbers, then change the secondary keys to the numpad numbers, all the options will show only numbers. I tried it and it worked like a charm. It's not removing the numbers altogether, but it's not as obnoxious.

It feels to me that there is a bug occurring.

By default after the April 6, 2017 patch, all dialogue key bindings have the regular numbers as primary keys and numpad numbers as secondary keys (my keyboard has a French layout): 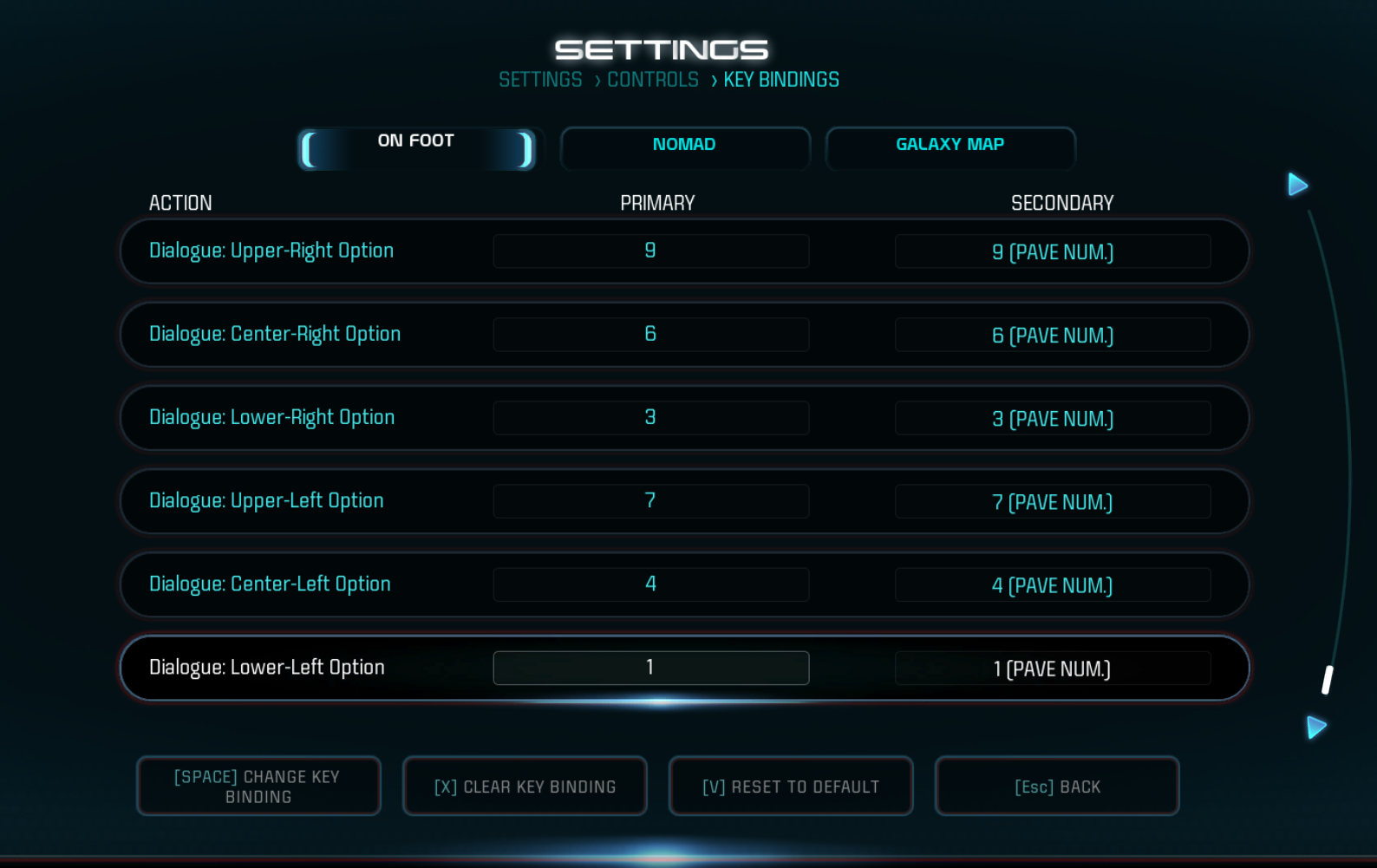 Playing 1.10 version and i could not get used to the numbers on the wheel.

However, i tried just removing the bindings from settings without defaulting everything (as i had changed decent number of bindings) and it worked.

Now I have a clean wheel.

Not the answer you're looking for? Browse other questions tagged mass-effect-andromeda .

10
Do "visited" dialogue options in Mass Effect: Andromeda ever change?

9
How do I mine in the nomad?
4
What are the consequences of releasing certain people before others from cryo pods?
3
How to launch Nomad from Tempest
3
How can I rank up weapons in the single player campaign?
14
How do I move the reticle to Ryder's left side?