How can I get the two chests in the Resistance camp?

I see that there are two chests to get in the Resistance Camp, but I can't figure out how to find them. I've already completed the two Sorting quests. You can see the two oddly shaped blue shapes in the upper right of the picture. 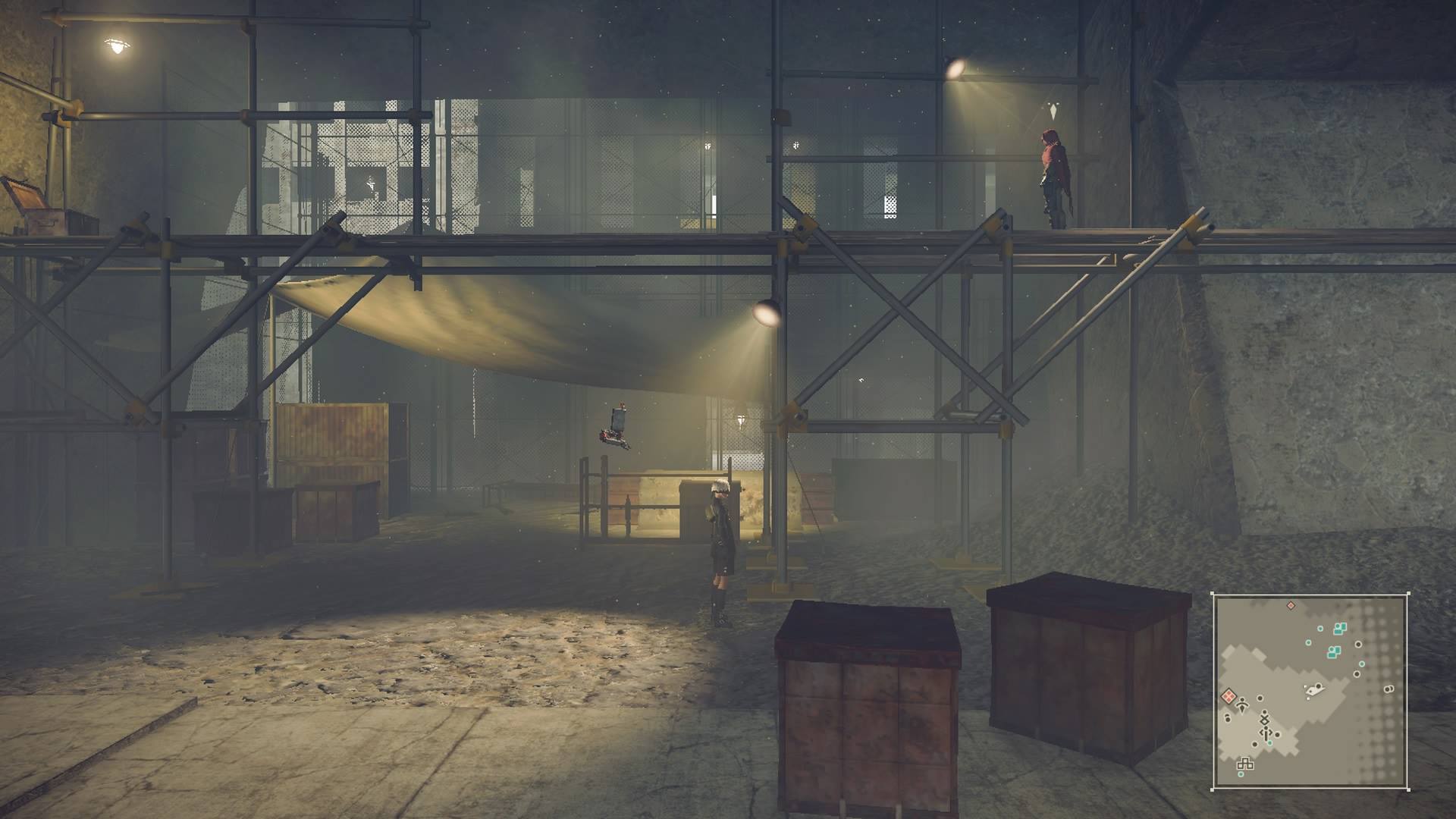 Ok, I played through again starting from scratch. The chip that shows chests (and harvest points) on the map can be had near the end of the B route play through. Immediately after I acquired it, I could see only one chest on the map. I had completed Sorting Troubles 1 already. One chest remained marked until Sorting Troubles 2 became available near the beginning of the C route play through, and then two chests appeared.

I completed that quests, and the chests were removed from the minimap. Leaving the camp though resets them so they show again, but because the quest is complete you cannot access that area again. The chests don't contain items; they are key items required to complete the two Sorting Trouble quests and seem to return when leaving the area.

Not the answer you're looking for? Browse other questions tagged nier-automata or ask your own question.

7
How can I open these boxes?
3
How to get to chest near Desert Area?
1
Lost equipment quest?
1
Re-entering copied city - how to exit?
1
How do I get this chest in the Abandoned Factory?
4
Is there an easy way for a handicapped android to get to the mall?
4
What are the different chests I can receive in the Soul Box?
3
How do I complete the third speedstar race?
8
How can I make Emil show up at the Resistance Camp?