Why does this steam engine fail to run?

A major update for Factorio was released the other day (version 0.15). One of the many changes included a change to how the boiler looks. 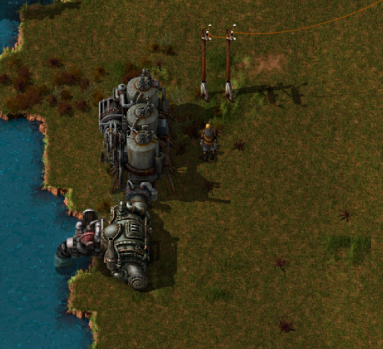 Boilers now take up a lot more space than before, and also have three pipes as opposed to one on each side (the third pipe is the one connected to the offshore pump in the picture above).

However, this configuration does not allow the steam engine to run. The coal in the boiler burned for a bit, but then stopped. What is going on here?

The problem is the boiler cannot connect to the offshore pump using the third pipe on the side. It has to be one of the other two.

This is because the third pipe has an output only. This output is meant to produce steam. You can see which direction the pipes output/input if you press Alt, like below: 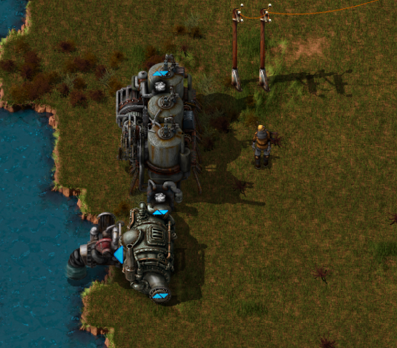 The other two pipes are bidirectional and are suppose to input/output water, allowing you to connect multiple boilers to power multiple steam engines, such as this: 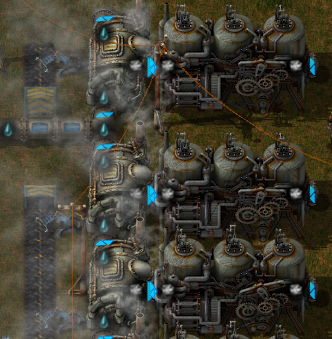 You're putting the water into the steam output. Water goes into one of the two inputs on the side, and the pipe in the middle is used to pipe out steam to engines. Rotate the boiler 90 degrees or so, rearranging the steam engine.

1
Why is this rail signal not creating a new block?
6
Why is this arithmetic combinator not working?