Is there a way to automate harvesting cobblestone?

I have been working on a cobblestone generator. Being ultra-lazy, I don't want to spend countless minutes (and who knows how many pickaxes!) actually harvesting the cobblestone. Is there something I can add to the system that will "pop" the cobblestones so I need just run them over and pick them up? 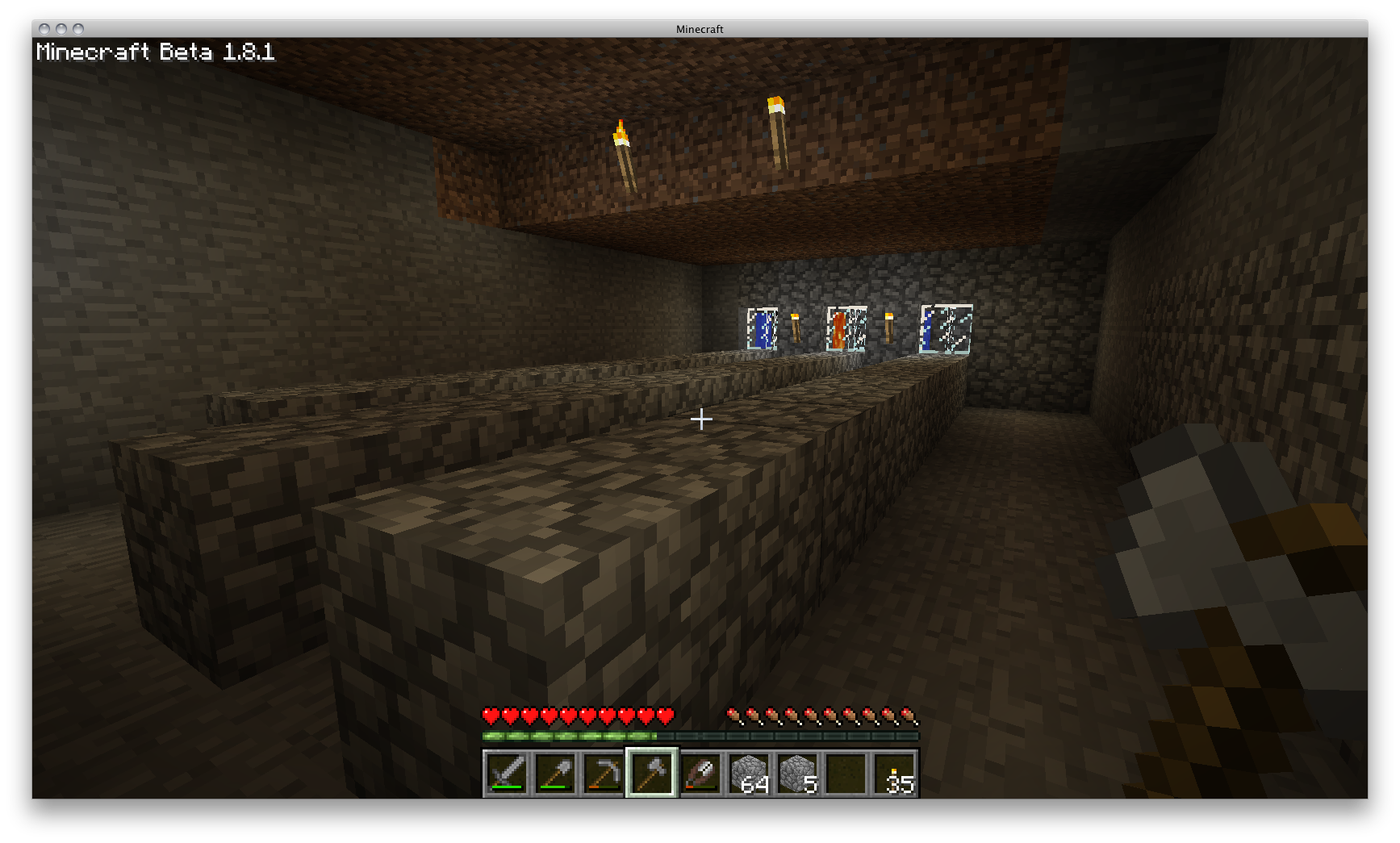 This is an oh-so-basic "proof of concept video". It's a two-level cobble generator which pushes the cobble into a obsidian/water "hopper" which then has TNT dropped on it. The TNT detonates, and the water pushes the harvest cobble to the end of the water tray. Not terribly effiecnt, but still an interesting idea. Large amounts of obsidian is reccomended to protect the rest of the structure from the TNT blast. As for automatically re-loading the TNT hopper, well...

I believe the only thing that automatically dislodges (or "pops") cobblestone is an explosion. This leaves you with two options:

Your best bet is probably to harvest as much gunpowder as possible, craft TNT, and then load it into a machine which generates cobblestone in several columns around the TNT. That way, you receive a maximum return for each explosion, and don't have to deal with the randomness of creepers or the rules dictating the spawning of mobs. Use water to wash the popped cobblestone into a designated area, and obsidian to protect your redstone circuitry.

Well, I went back to revise my own design, but it seems Sethbling (YouTube MineBlogger) has already beat me to it. I think this is probably the best thing you're going to get. Still needs a large amount of TNT though.

I just found this video online; it dates back to version 1.5 (before pistons were officially introduced.) I'll see if I can't get something similar working with 1.8.1 unmodified.

You can "aim" a diamond pick at the spot where the cobblestone is generated, then leave something holding your mouse down (or use an autohotkey script). That's pretty much the only way that cobblestone will "pop".

3
Is there any way to speed up or automate building in the Technic Pack?
9
Stopping to eat is tedious, is there any way to automate the process?
0
Most Efficient Way To Mine Cobblestone
2
Is there a way I can automate the collection of Sticky Resin?
4
What seems to be wrong with my automated Lettuce farm?
3
Command to detect affected armorstands
1
Fastest way to clear cobblestone blocks
8
Is there a relatively easy and efficient way to spawnproof large areas in the Nether?
0
Is there a way to detect if a map is being played in multiplayer? (1.15)
2
What is the correct way of using /data merge on entity tags such as Passengers and Tags and Team?