My base is quite extensive, built at Savanna extreme hills, sprawling over a couple mountains from sea level to over 200 blocks, and I found moving between its segments is most efficient with Elytra. A mob farm provides enough gunpowder that I always carry a stack of fireworks for propulsion with me, and platforms and doors scattered over the cliff face provide quick access to the facilities. The only problem is "at the bottom - sea level installations."

It's a nuisance. On Youtube I saw a range of "elytra launchers" but none that would do what I'm looking for - they can be divided into two categories:

I'm looking for something in the middle: not requiring consumables (other than a firework to get a serious boost), not based on weird glitches and requiring stacks upon stacks of redstone, and working every time. Something like that slime block on a piston but throwing me maybe 6 blocks higher, so that I can reliably activate the Elytra? What "player launcher" would fit the bill?

First, a tiny improvement to the "single block" spider web launcher makes it 100% reliable. Normally, if you time your jump wrong, you'll have trouble launching from it, but this is remedied easily: 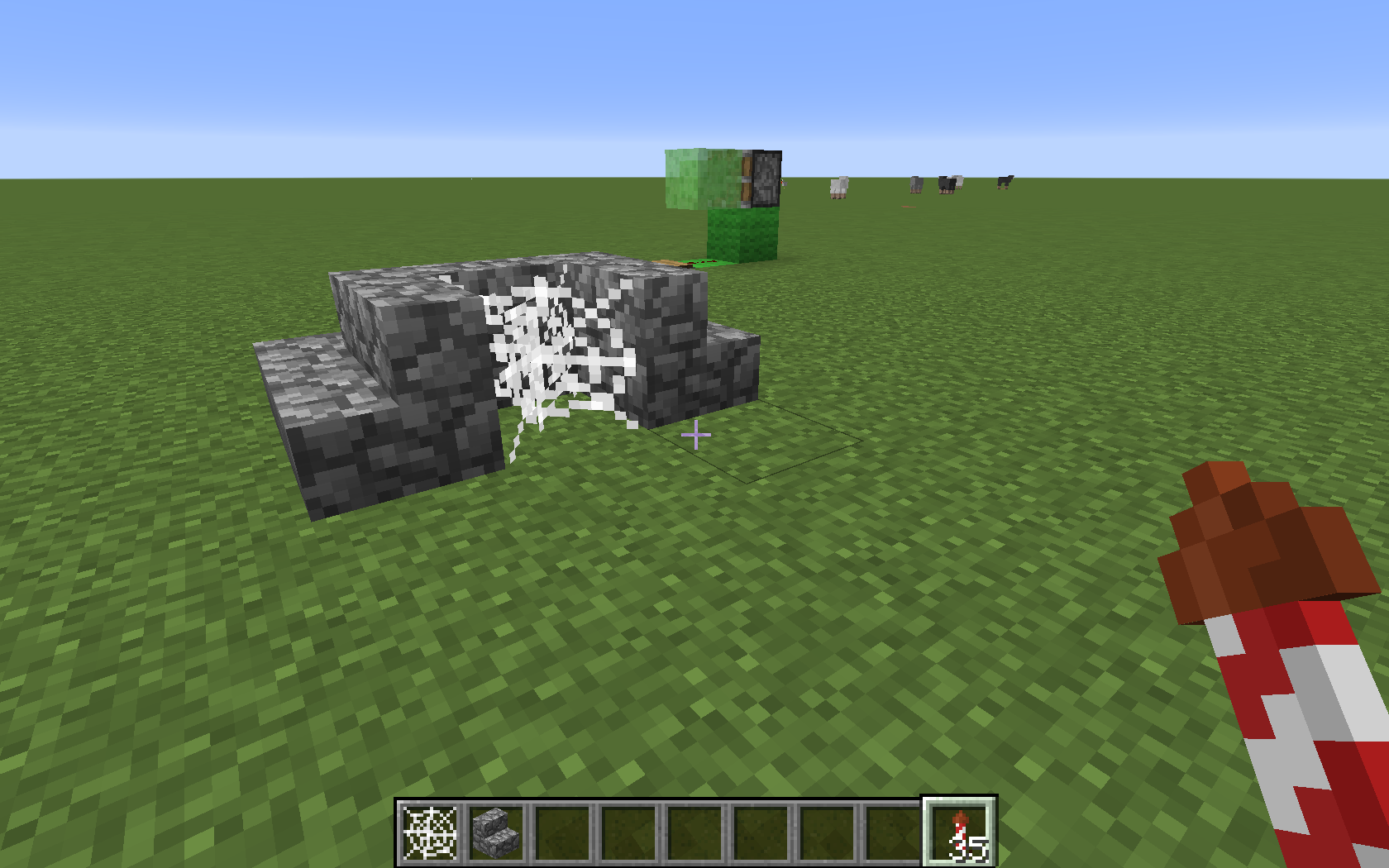 To launch reliably, you should point upwards before activating the firework - launching horizontally works... often, but not always. Vertical launches guaranteed.

And for something a little more complex that gives you a good initial boost, I came up with this: 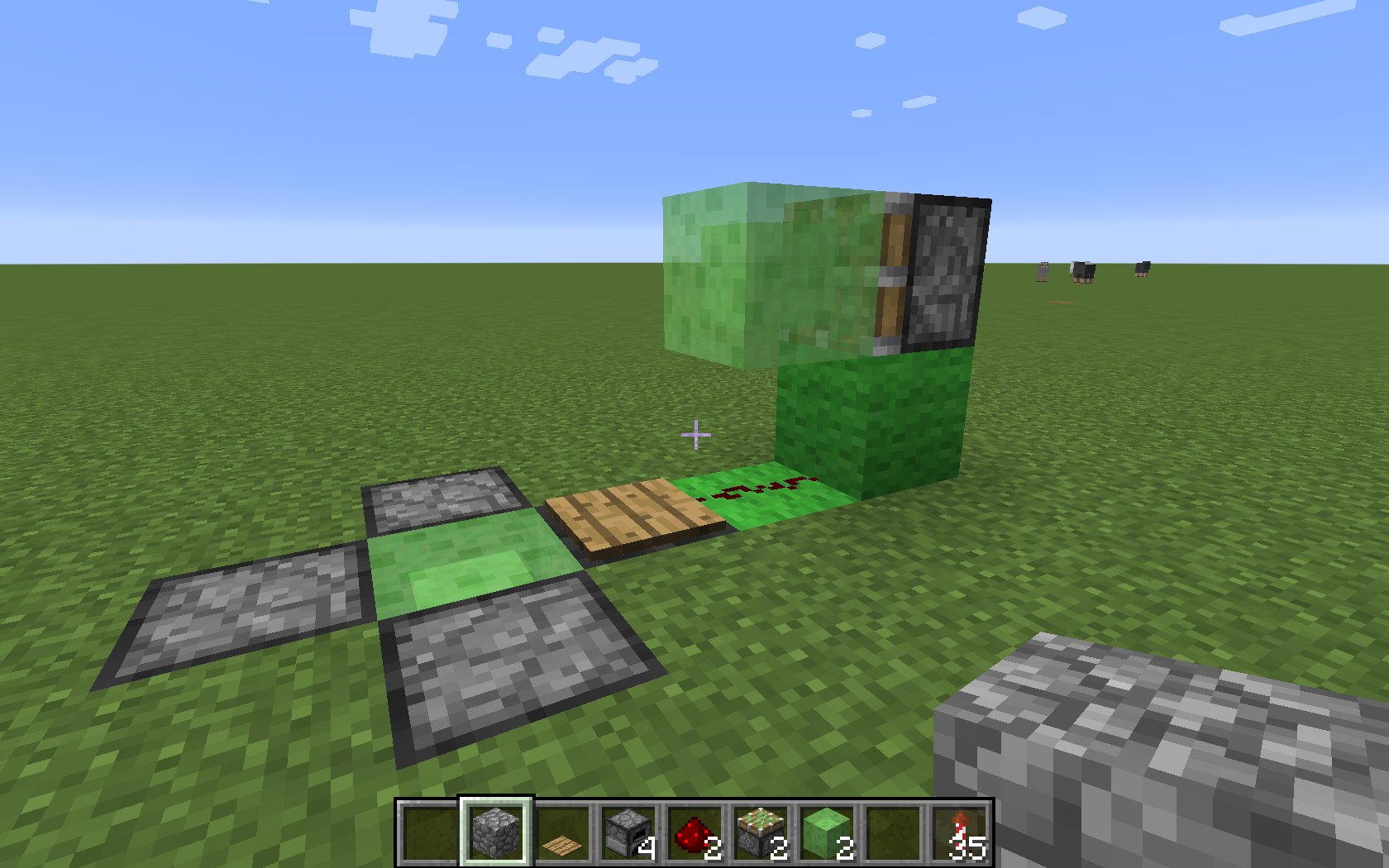 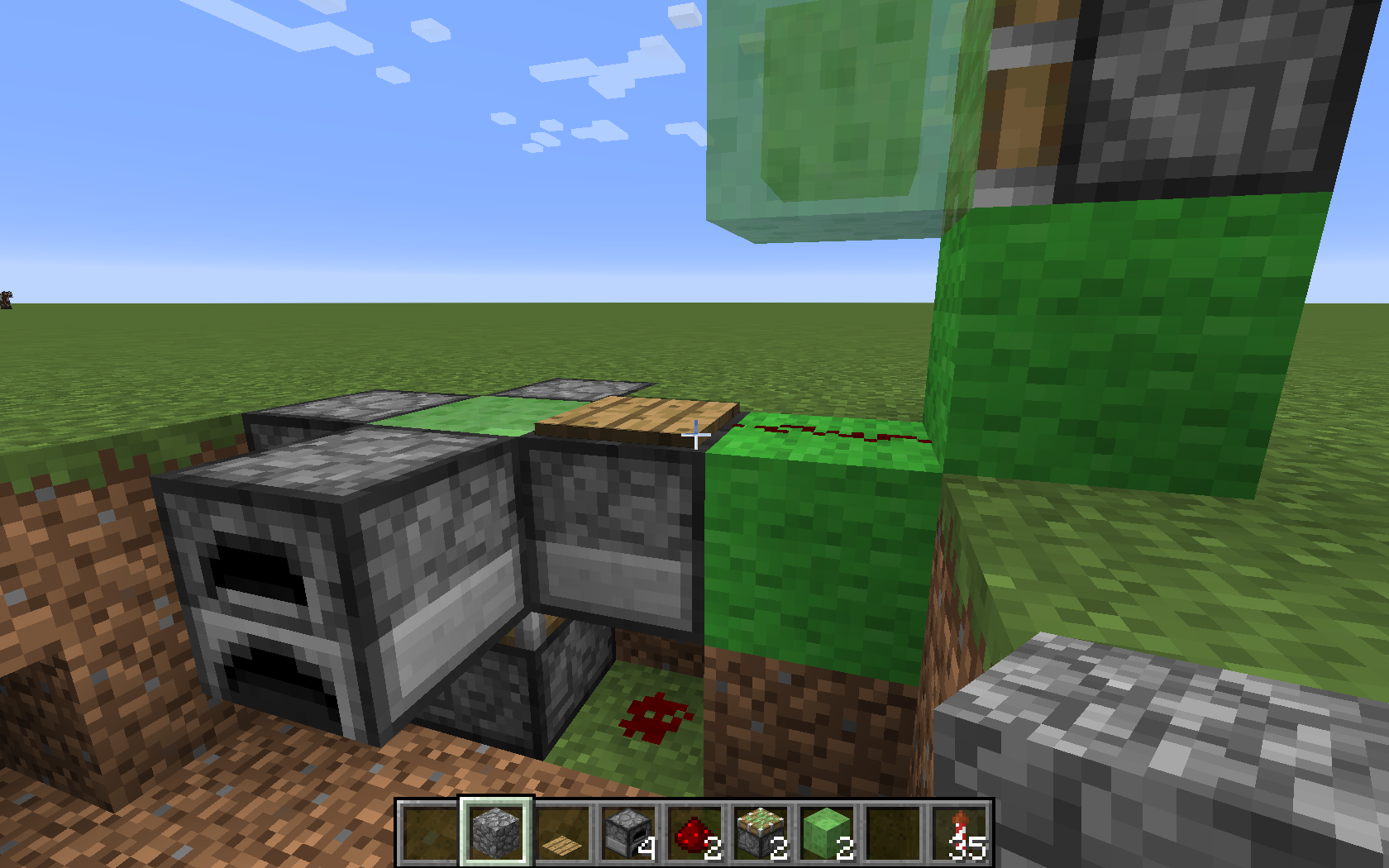 Instead of furnaces you can use any blocks not sticking to slime blocks - say, melon blocks. Timing is somewhat tighter than in case of spider web, but after 2-3 tries you'll learn how to time pressing jump and achieve flight every time.

The problem with this request is that there is no such thing as an "elytra launcher" that isn't exploiting a glitch, or under-whelming. Since this was designed as more of a fail-safe device (can be deployed when you accidentally fall from a great height), then an actual mode of transportation.

If you intend to use this against its intended purpose, you're going to have to break the rules. And when you break the rules, you're going to run into issues. In truth, the most reliable method of extended flight is the Firework Rocket, as this was actually developed by the development team, for this exact purpose. The fact that it's buggy is something they need to deal with, so until they do, there's not much else can be done about it.

There are other methods for extending flight, like using a bow enchanted with "Punch 2" - aiming just right, so that you hit yourself mid-flight causes you to gain momentum; but this exploit is again, going to cause issues (you take damage every time you succeed).

As for a Launcher however, it's down to the list you have already provided, and you choose which is the least annoying for you.

What about an ender pearl launcher with a piece of string at the desired height to stop it? Throw your ender pearl in and activate your elytra when you get teleported to the string. 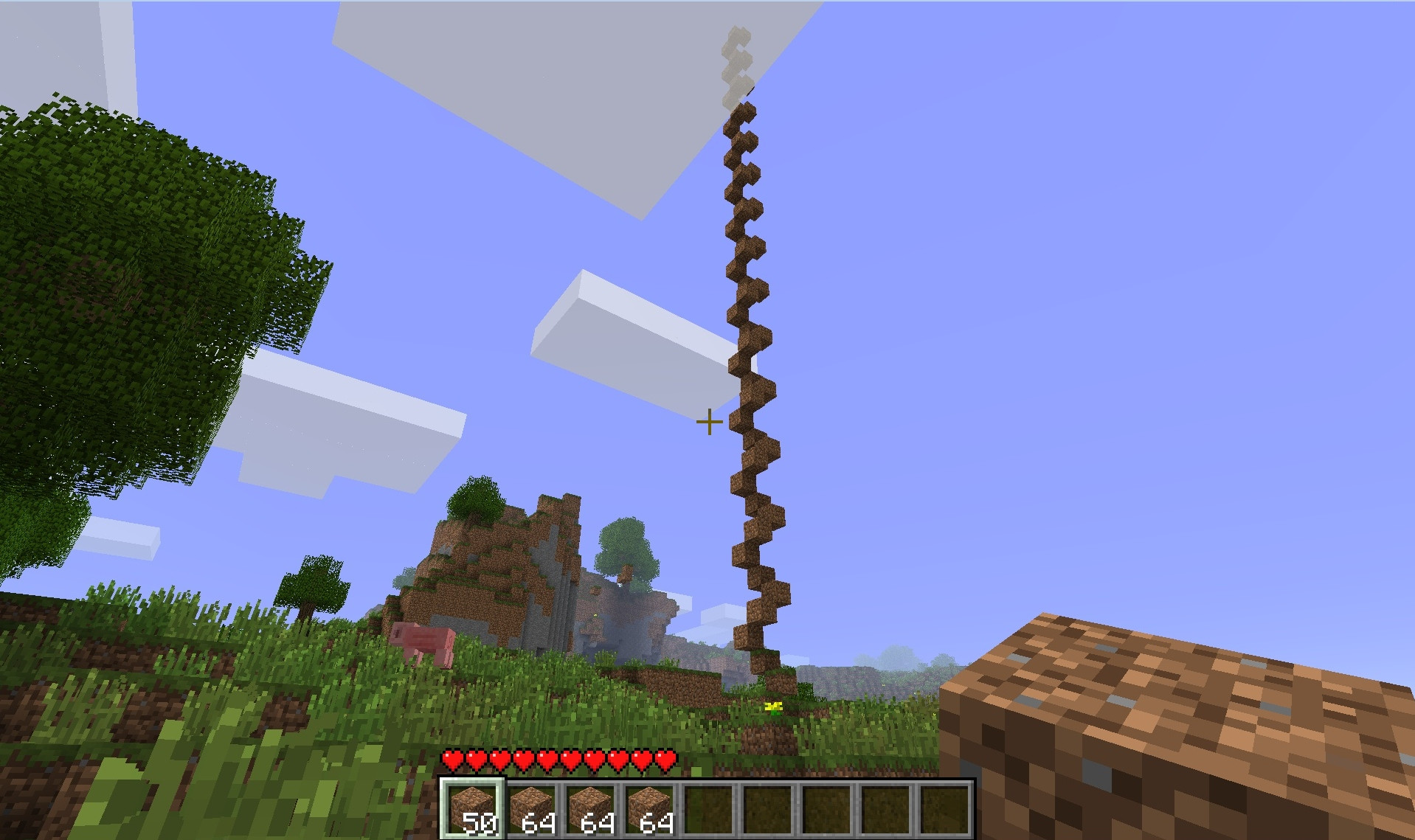 It's the only way you can fly without using a glitch or a bug as ben said allready.

I'm not sure about you but I think this might work; it's quite compact and is very cheap.

First of all I have to give credit where its due; I didn't make this so the YouTuber who did make this is in this link, it's very cool:

All you really need is like a sticky piston, a fence gate, a button, a observer and a lot of snow which shouldn't be a problem considering you are on a mountain and in mid/endgame already you can make like 20 of these with only 1 observer. So how you make is is that you place a sticky piston on the ground and place a open fence gate on it. It has to be open or it doesn't work. I know you said bugless but there isn't really a way that is bugless. Then you get a observer that attaches to a piston below it right below it (make sure the observer is above the first piston) Then get top snow depending on how high you want to go but the max you can go up is the build limit and put it in front of the observer so it activates the second piston and the snow gets pushed right above the fence gate and the snow gets gravitated into the fence and they all stack inside each other. It has unlimited uses and you don't need anything that is consumable, not even fireworks. It is very reliable; I've used it several times and it never messed up. And then you are done! You can even remove the observer and second piston because you don't need them anymore.

Sticky piston jump (surround the slime with furnaces) then have a spider web 8-ish blocks up, directly above. Activate the jump, get stuck in the web in the air, aim the direction you want to travel, push space, then fire the fireworks.

try a line of stairs with spiderwebs in front, so you fall in the webs, then use a firework rocket at any time, I used this for the runway at my airport

9
Why is my piston powered cobblestone generator crashing minecraft?
2
Confusion on Redstone Wire Transmission
5
What Is The Best Level To Find Redstone At?
1
How can I elevate blaze, without using lava?
4
How to make a command block output a negative signal
4
How to test for a player boosting with a firework while flying with elytra
1
How can I move a block when it is placed without the piston interfering
0
How to make a simple portable rapid piston toggler?
2
How to supply a piston feed tape from a large cube of blocks
3
Most efficient way to prevent PP updates in blocks Minecraft, to create floating sand