What are Typing Jet and De La Jet Set Radio?

On the tag wiki page for jet-set-radio, I noticed that one of the listed platforms was java-micro-edition, with two Japanese only releases from 2001 under the names De La Jet Set Radio and Typing Jet.

What exactly are these Japanese-only versions of Jet Set Radio?

What is Typing Jet?

Typing Jet was a Java typing game released for Japanese mobile phones in 2001. Players avoided obstacles and ran from the police by quickly typing characters.

It was unveiled alongside other mobile titles such as Ulala's Channel J (Based on Space Channel 5), Columns Jr., and The Typing of the Dead. 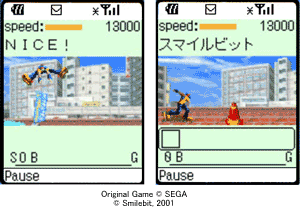 There was a game called De La Jet Set Radio, but it wasn't a Java mobile game. It was a re-released version of Jet Set Radio sold exclusively in Japan through Sega's Dreamcast direct service.

It included extra levels, music, and characters from the European and American releases, along with several bug-fixes. 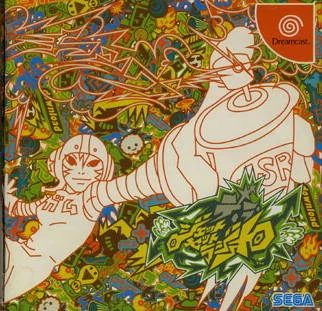 Not the answer you're looking for? Browse other questions tagged gaming-history jet-set-radio or ask your own question.

4
Jet Set Radio HD crashes
7
What do Power, Technique, and Graffiti stats do?
7
How sensitive is tagging on the PC version?