How does Shivering Isles scale difficulty?

The Elder Scrolls IV: Oblivion had a prominent difficulty-scaling system, but I've heard that Shivering Isles may not be "suitable for low-level characters". Does level-scaling work similarly to the the base game?

After double-checking in the TES Construction Kit, I can confirm that the enemy scaling in the Shivering Isles expansion is exactly the same as it is in the base game -- leveled creatures are picked from a leveled list, based on the player's current level and the creature's base level. 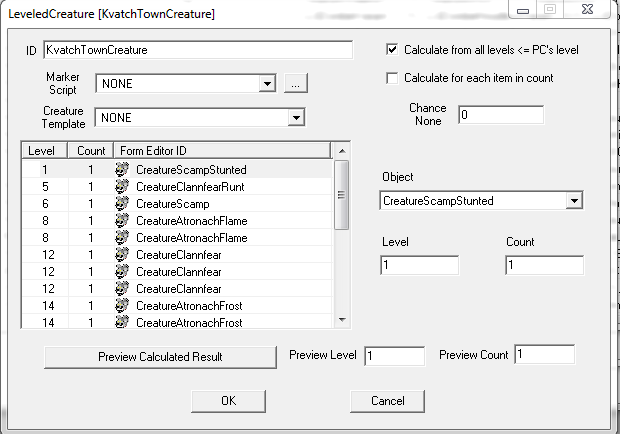 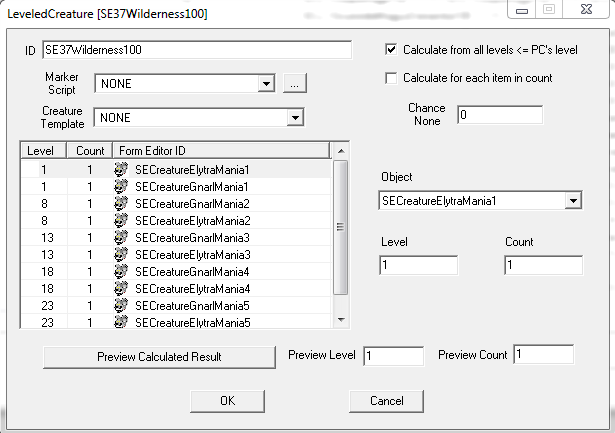 Then, if the creature itself has a "PC Level Offset" (a level offset based on the player's current level), that gets applied separately: 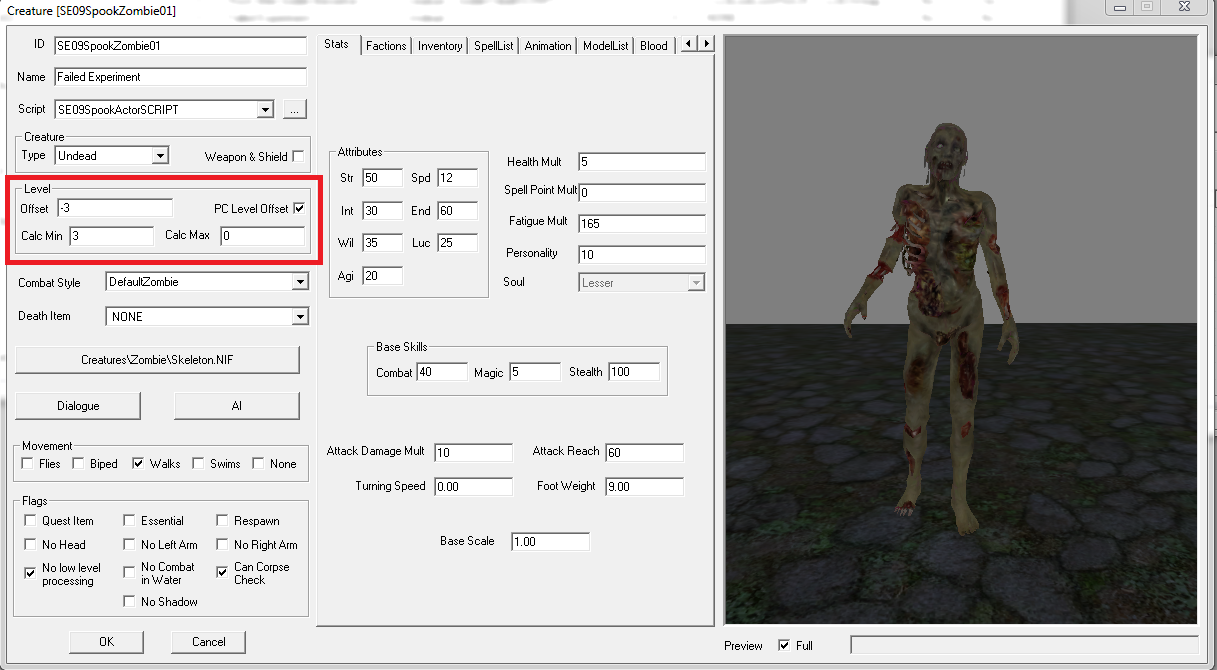 As mentioned in the comments, you seem to have misinterpreted what others meant when they said that lower-level characters should hold off on starting Shivering Isles -- this advice is normally given because of the leveled item rewards that one receives in the expansion, not the leveled enemies. If you get the scaled items at a low level, they will quickly become weak/irrelevant as your player levels up; however, if you receive them at a higher level, they will remain relevant and powerful for much longer (if not for the rest of the playthrough). Check out the leveled stats for Dawnfang/Duskfang for an example of how this looks.

Therefore, if you are playing unmodded and want to use the Shivering Isles scaled items for more than a few levels, many will suggest that you wait until your character is at a higher level (30+) so you get the best version of the leveled rewards.

Not the answer you're looking for? Browse other questions tagged the-elder-scrolls-iv-oblivion or ask your own question.

22
Gameplay differences between Morrowind and Oblivion?
13
Possible houses in Oblivion?
5
How are both Jyggalag and Peryite the Daedric Prince of order?
6
Elder Scrolls IV Oblivion - Which version comes with physical map?
3
Why are there exclamation marks instead of the Shivering Isles Portal?
5
How do I complete quest a with an untriggered event in Elder Scrolls Oblivion?
3
What does this hand and number represent?
17
What is the difference of Chameleon 100% between Morrowind and Oblivion?
8
Why can't I use the Staff of Sheogorath?