When do explosive barrels detonate?

This seems like a basic question, but I'm asking because I've shot regular arrows at barrels and to my surprise they didn't explode. 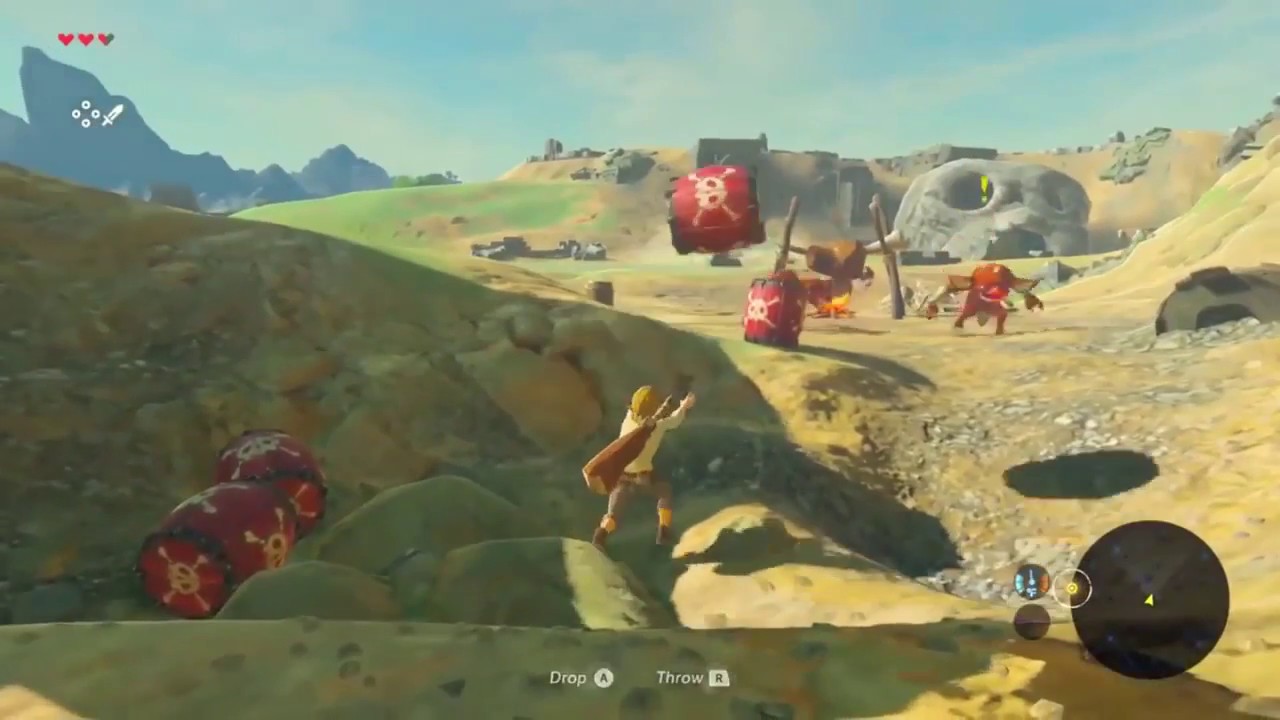 Under what circumstances do explosive barrels explode?

The most reliable way I've found to destroy explosive barrels is with fire or bomb arrows. You can make impromptu fire arrows by walking into a flame while you have your bow out; the tip of the arrow will catch fire until you fire it or you put the bow away.

Typically, exploding barrels won't detonate when thrown on level ground. I'm not sure if throwing them from a higher altitude would make a difference; in my experience, bokoblin camps such as the one depicted above rarely give me an opportunity to do so, as the barrels are clustered around the enemy's campfire or inside their skull cave so you can shoot them or drop a flame on them and kill or maim the entire camp at once. I've had more success breaking boxes and barrels with blunt weapons than with sharp ones; however, this method of breaking exploding barrels requires that you detonate them while inside their blast radius, which I do not recommend.

One of the tips that appears on the loading screen says that if you use Stasis on an exploding barrel and hit it away, the barrel will detonate when it lands. Again, I have very rarely seen opportunities to use exploding barrels like this, but if you're dead set on using them as artillery shells and you are low on/out of arrows, this is probably your best option.

Barrels will explode when exposed to a strong impact, heat/fire, electricity (I think) or another explosion. For example, on the Great Plateau you can push a boulder onto some barrels and they will go boom.