How do I earn the “Walk Your Own Path” achievement?

In Land Sliders, a game by PrettyGreat, I see no guidance on how to achieve the achievement "Walk your own path". The description accompanying the achievement is: "Start a REAL adventure".

If anyone has an idea of what this real adventure could be, I'd be grateful for your help.

Apparently this achievement (and it looks like others) are linked to a real-world scavenger hunt that the developers set the players on. Based on a forum post here, where people had been aggregating data, the way to unlock this specific achievement is this:

This is amazing! birdfeet's image had three symbols on it, which brought us up to 9 total.

I played around with different code combinations and finally found the one--or, at least, one that gave a response and also unlocked the "Walk Your Own Path" achievement.

Spoilers for the code and what it gave me:

After [being input], a black screen with Land Sliders / Prettygreat appeared, along with the achievement. And this: lna.payzyepiteiwblrrrdlazhxkq.ifq

That looks like a website address? But maybe in code? If so, I have no idea what it translates to. Another puzzle??

Image of the page that appeared: 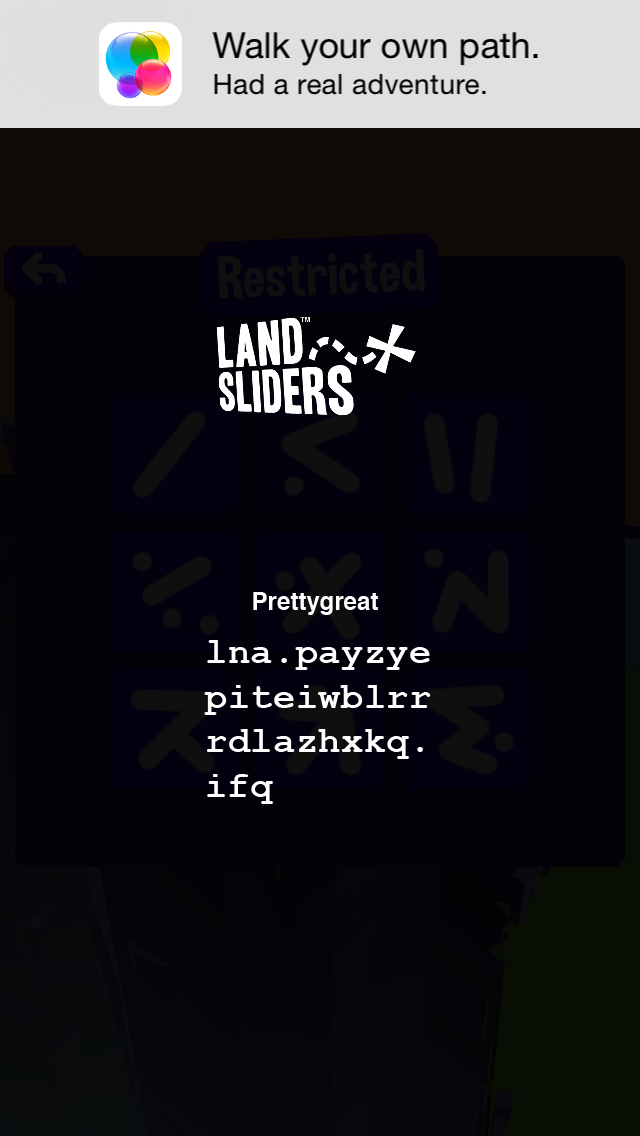 This article does a good job summarizing the entire adventure these players went on. Unfortunately, the "game" is now over, but the code above is what you need to unlock this achievement.

Not the answer you're looking for? Browse other questions tagged achievements land-sliders or ask your own question.