I can't find the name of a mysterious analysis tool

I was strolling by the internet and found this video. In it, the user manipulates multiple code traits to explore the secrets of much beloved game Dark Souls (a big fan over here); these so-called "secrets" are not buried in unused file of game code, they are rather fragments of alpha stages of the game that got scrapped. But if one wants to explore them, highly advanced cheating tools are needed. Those of you who tried to use Cheat Engine to explore Dark Souls further will definitely know the struggle (Cheat Engine does not have a Dark Souls specific GUI in contrast with, for example, Dark Souls III). So I was amazed when I saw a Skyrim-like command line at about 6:39 into the video. Here is a clip of the described: 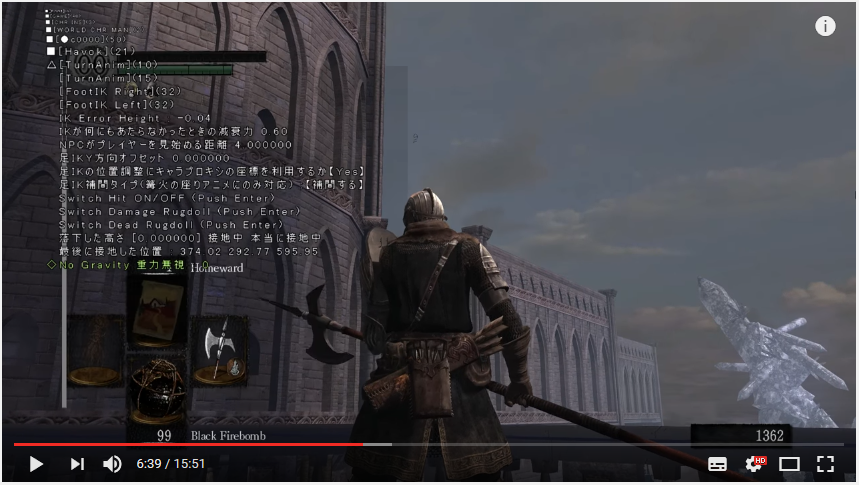 Even with all of my hours of research hunting this obscure command line down, I couldn't point to its inception. I've considered asking the creator himself in the YouTube comments, but after a while I realised that I probably won't get a response (the video itself was uploaded in 2016, so it's not very recent). So I kindly ask you to give me any information regarding this command line (or program) behind the mentioned video. Thank you in advance.

This is a debug version of the game that was accidentally made public. There's very little information due to it's (illegal?) nature but you can find it floating around. There's a wiki for it: http://darksoulsdebug.wikidot.com/.

38
How do you find the glitch Pokemon MissingNo in Pokemon Red/Blue?
4
I'm bored of the Drake Sword, when will I find a decent replacement?
1
I can't get the Knight's Honor trophy
6
Why can't I load the Artorias of the Abyss DLC?