Are there any advantages when competing in a raid at a friendly gym?

I opened up Pokémon Go to see if there were any raids in my area, and to my surprise there were multiple going on. One of the raids was occurring at a gym controlled by Mystic and the other gym was controlled by Valor. 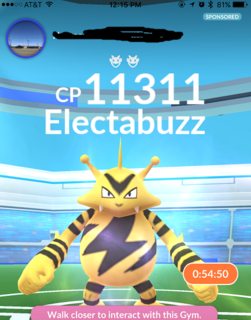 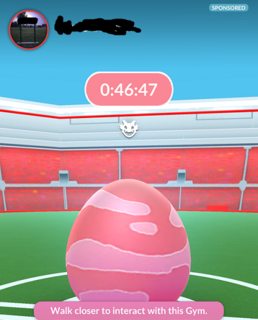 As any player of any team can participate in any raid, even ones controlled by other teams, are there any advantages when competing in a raid located at a gym that is controlled by a friendly team?

After defeating the Pokemon, you get a limited number of special poke balls (Premier Balls) to try to catch it. The number of balls you get is based on several factors, including team control of the gym.

So yes, winning a raid battle at a friendly gym gives you more chances to attempt to catch the Pokemon after winning than a gym controlled by another team.

Here are two screenshots after defeating a raid boss solo on a Mystic-controlled gym. The first is by an Instinct player; the second is Mystic. 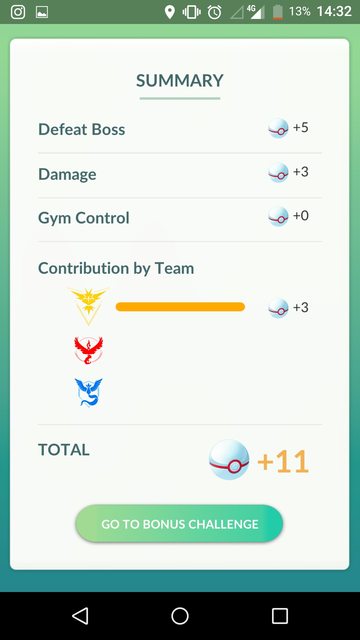 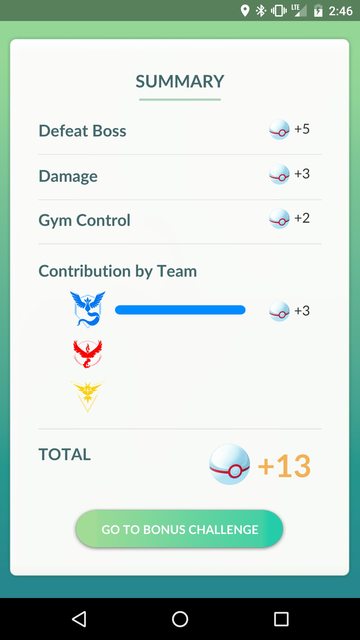 3
How can I receive the maximum number of premier balls?

3
Pokémon Go: Thrown back to gym menu as soon as countdown ends
6
Is there a cooldown when training in a friendly gym?
0
I can't add any pokemon to gyms even when a slot is open
1
Adding multiple pokemons to a friendly gym without training after taking over a gym
1
What is the initial defense sequence when there are unfilled spots in a gym?
0
Can't Add Pokemon to Friendly Gym
5
Could the new Nearby feature actually hide rarer Pokémon from Sightings?
7
Is this prestige progression observation explainable?
7
Is there any special benefit to defending a “tall” gym?