Does the Pikachu event hat have any effect?

Niantic celebrates 1 Year of Pokémon Go with another special Pikachu. It will most likely be limited like the Christmas Pikachu, but with a new hat. 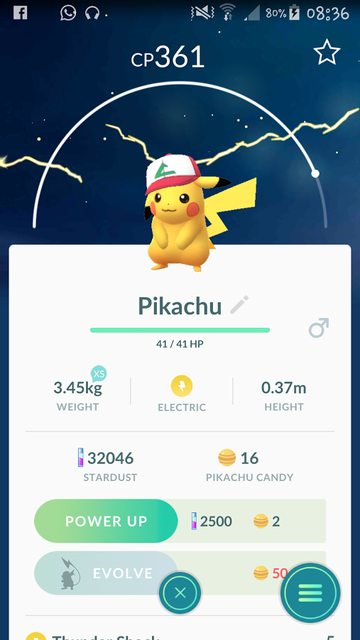 The linked question has no information about the actual effect the hat has on Pikachu and Niantic doesn't tell us either. Does it even have one or is it purely cosmetic?

One article claims that the hat is cosmetic only:

The hat is only a cosmetic. Ash Hat Pikachu will have the same stats as regular Pikachu, just with an adorable hat.

Historically, the last two times Pikachu had a hat, it was cosmetic as well. Niantic hasn't officially stated if this is true or not. A few other sites, such as this one are also claiming that the hat is cosmetic only and make comparisons to the previous hats Pikachu has worn before.

31
Why is Pikachu wearing a Santa hat and what does it mean?

14
Pokémon Go doesn't work on data
13
How does Pikachu riding on your shoulder work?
4
Are lower DPS fast moves better for defending Pokemon in gyms?
31
Why is Pikachu wearing a Santa hat and what does it mean?
8
Can a Pichu wearing a Santa hat hatch from an egg?
10
Will evolving the Pokémon Day 2017 festive Pikachu give me a festive Raichu?
4
Are the anniversary event Pikachu permanent?
15
Why do none of my Pikachu have the option to evolve into Raichu?