Who are the bosses shown in the Trophy Room?

According to this answer, the Trophy Room in the Tower Library is an Easter egg from the original Nier game and, like it, has statues of bosses you have defeated.

This trophy room is another feature of the original NIER, in which trophies representing all of the defeated bosses were displayed. This room is identical, except the bosses displayed are from NieR: Automata, rather than the original NIER. 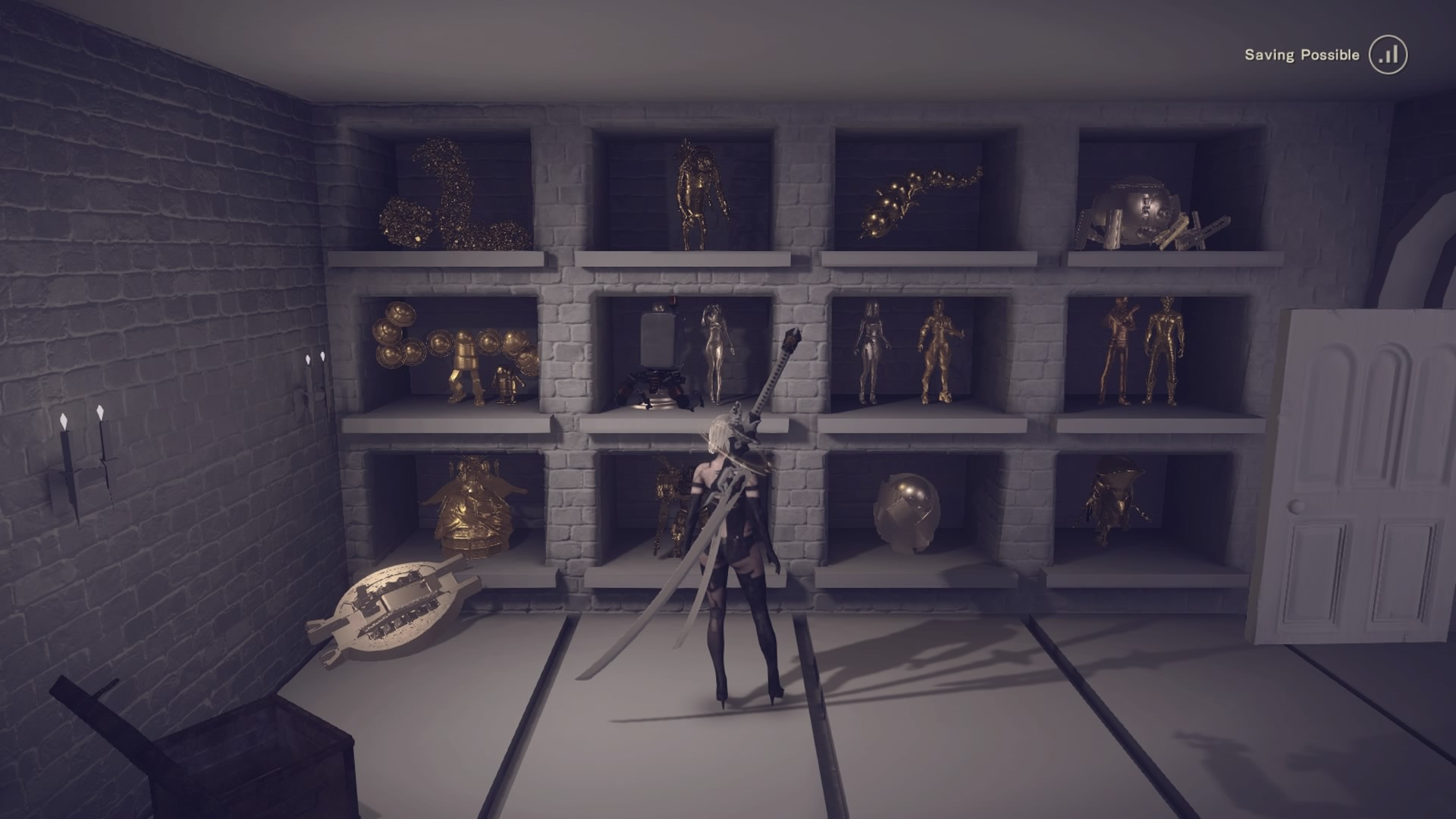 I recognize some of them, but to my knowledge the only Humanoid Bosses I fought up to this stage have been 3 who are

There were a bunch of B Class Androids, but they were a side quest and I wouldn't call bosses, yet there appears to be 5 in the middle row (which I assume Adam and Eve are the ones on the far right)

So, who are the bosses shown in the Trophy Room?

Also, is there a relation to their colour being Gold or Silver? The Baby Forest King is on the bottom and is Silver, but it was never fought and the figure at the top right looks to be the boss that 2B fought in the Abandoned Factory during her escape, but in 9S's route, it was never fought.

Not all of the statues are technically bosses, as there were not enough bosses to fill in all of the spaces.

In order, from left to right, top to bottom, the "bosses" featured in the trophy room.

Additionally, on the floor is the Goliath Flier that appeared right before Grün made his appearance.

From what I've gathered, the colors of the statues mean nothing.

Not the answer you're looking for? Browse other questions tagged nier-automata .

4
What is this trophy room for?

6
What different title screens are there in the game?
3
Why are the androids so suprised when the machine lifeforms exhibit human traits?
13
Are the diamonds on plug-in chips significant?
7
What are the apologetic machines for?
4
What does the narrator mean by the "God who emerged from a volcano"?
5
What are the different chests I can receive in the Soul Box?
4
What is this trophy room for?
6
Are 2B's and 9S's default swords the same?
5
What are the plug-in chips' caps?
3
Who are these ghostly figures in the Route B ending?