Is there a way to clone relative coordinates of a player and the command block? [duplicate] 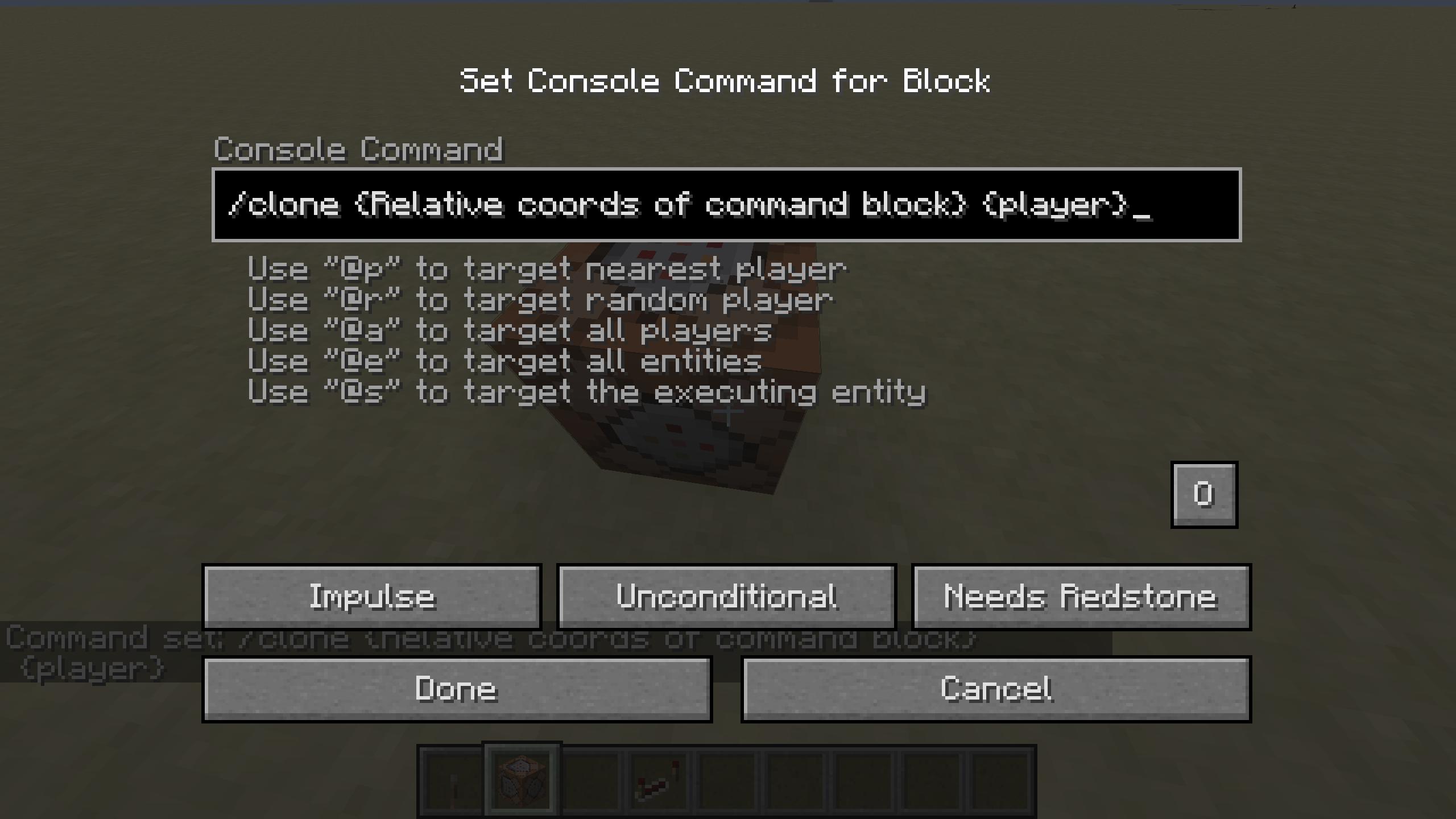 The catch here, of course, is that since /clone is a single command, it can only be executed relative to a single executor. So you will either need to first clone from relative to the command block to an intermediary location addressed using absolute coordinates, and then /execute at the player to clone from there to beside them, or execute everything relative to the player in the first place.

1
Need 2 Positions to Clone With /execute